The 2007 Summer Classical Music Season in the Berkshires: a Guide

Tanglewood, Bard Summerscape, Monadnock, the Clark, and all the others 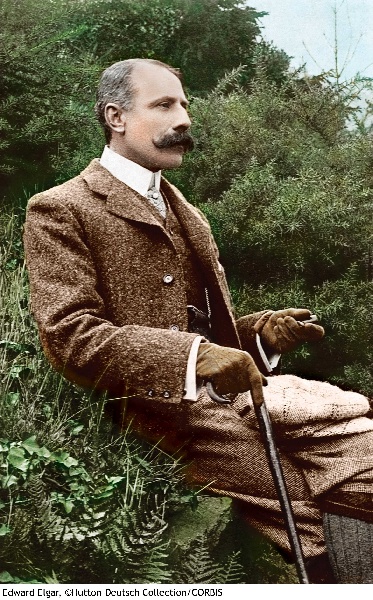 The Music Shed at Norfolk, Connecticut 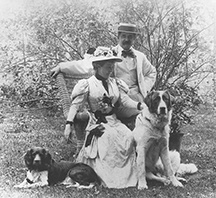 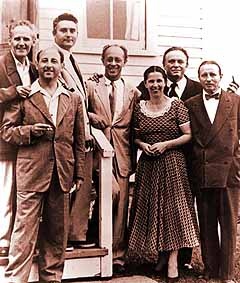 Rudolf Serkin, Adolf Busch, Marcel and Blanche Moyse, founders of the Marlboro Music Festival, and others 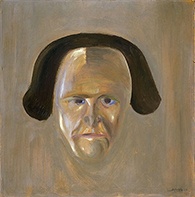 The Composer Alexander von Zemlinsky, by his pupil, Arnold Schoenberg 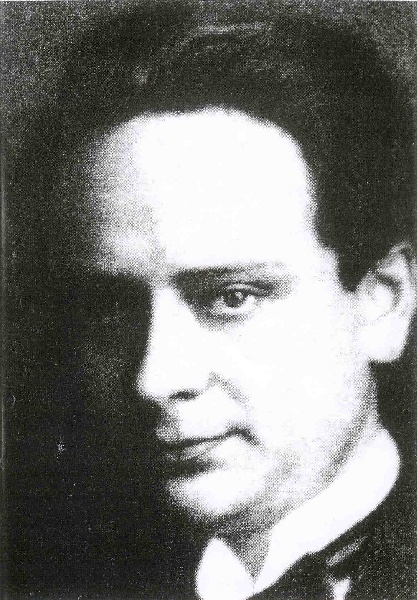 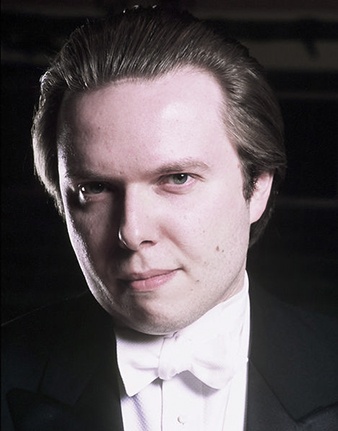 Russian pianist Ignat Solzhenitsyn will teach and play at Marlboro. 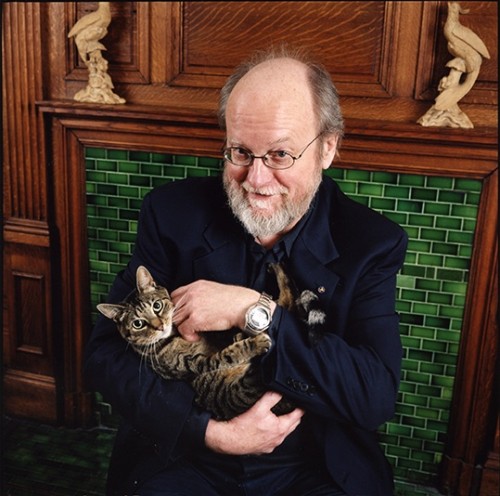 Carl Wuorinen's music will be played at Tanglewood this summer. 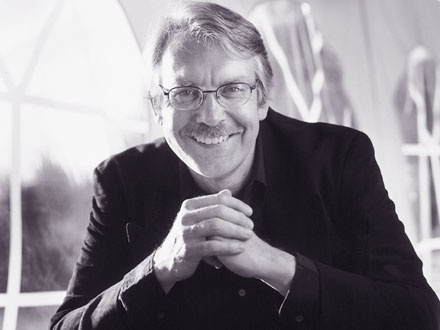 John Harbison, director of the Contemporary Music Festival at Tangelwood

This summer's season of classical music promises to be richer than ever, particularly in opera, the lavish Old and New World entertainment once confined to major cities. Not only is Tanglewood offering a rich selection of concert and fully staged performances, including Verdi's Don Carlos and Mozart's Così fan Tutte, the Berkshire Opera will compliment their production of La Bohème with the Boston early's Music festival's production of Lully's Psyché and the Bard Summer Music Festival will present two rarely performed one-act operas by Viennese composer Alexander von Zemlinsky (1871-1942), Arnold Schoenberg's teacher: A Florentine Tragedy and The Dwarf, both based on stories by Oscar Wilde. As full as all this is, some people, including myself, will want to head down to New York in mid-July for the Kirov Opera's two performances of Wagner's Ring Cycle at the Metropolitan Opera.

This outline with links to the schedules of every festival I've been able to track down should make it easier to plan your concert-going.

Tanglewood
The Tanglewood Music Festival remains as always the heart of all music-making in the Berkshires. I posted a preview back in February, which is, of course still available here.

2007 Festival of Contemporary Music at Tanglewood
This year's festival, under the direction of John Harbison, professor of composition at the Tanglewood music center, will focus on the "generation of '38," that is, composers born around that year. It will include music by Harbison himself, as well as works by William Bolcom, John Corigliano, Joan Tower, and Charles Wuorinen. The Julius Hemphill Sextet will perform Hemphill's jazz-like compositions, and Musica Elettronica Viva will improvise. All its membersÂ—Alvin Curran, Frederic Rzewski and Richard TeitelbaumÂ—were born around 1938. Harbison's Concerto for Double-bass and Orchestra will be performed by the BSO under James Levine in the Koussevitzky Music Shed on Sunday, August 3.

Bard Summerscape and the Bard Music Festival: Elgar and His World
Every summer Bard College offers an encyclopedic festival encompassing dance, theater, film, opera, operetta, cabaret, and music, all with a British accent this year, as the subject of the music festival will be Edward Elgar, the greatest English composer since Henry Purcell. Elgar's music best known to Americans is largely associated with ceremonial occasions, like the Pomp and Circumstance March no. 1, and many will be surprised to learn that the composer, as a Roman Catholic, was a self-taught outsider in British musical life. All of Elgar's major orchestral, chamber, and choral music will be performed over three weekends, two in August and one in October, along with academic symposia exploring various aspects of Elgar's life, work, and cultural milie. The delightful Spiegeltent will be back with circus, cabaret, and other performances for all ages. Other offerings will include G. B. Shaw's "Saint Joan," Doug Varone and dancers, a festival of British postwar films, including directors, Alexander Mackendrick (Tight Little Island, aka Whisky Galore), Carol Reed, Michael Powell, and David Lean. This year's operatic performance will be the Zemlinsky double-bill mentioned above. Look for special previews of this important festival soon.

Aston Magna Festival - 35th Anniversary Season
One of the oldest and most respected North American festivals devoted to music of Bach, Handel, and their predecessors celebrates its 35th anniversary at three local venues,  The Daniel Arts Center, Simon's Rock College, Great Barrington, Massachusetts, The Olin Auditorium, Bard College, Annandale-On-Hudson, New York, The Sterling and Francine Clark Art Institute, Williamstown, Massachusetts. Both Olin Auditorium and the Clark Auditorium are acoustically superb. (I don't know the Daniel Arts Center.) The festival will open with an anniversary concert including Vivaldi's Four Seasons, and double concertos by J. S. Bach and will conclude with Purcell's great opera, Dido and Aeneas.

Monadnock Music Festival
This informal, almost family-like, but extremely rich festival has graced southern New Hampshire for over forty years. Based in Peterborough, close to the MacDowell Colony, the festival, founded and led by composer/conductor James Bolle, offers  eclectic   repertory ranging from early music to the contemporary in Peterborough Town Hall, as well in the handsome churches and meeting-halls in the outlying towns. Many of the more informal concerts are free. As every year, Jim Bolle will lead the excellent and enthusiastic Monadnock Festival Orchestra in programs of contemporary music as well as Mozart and Haydn, and his friend, the great pianist Russell Sherman will play a program of Beethoven sonatas. The Borromeo and Ciompi Quartets will play, as well as the early music group, Blue Heron.

Marlboro Music Festival
Founded in 1951 by German violinist Adolf Busch, his son-in-law, Rudolf Serkin (director from 1952 to 1991), and Marcel and Blanche Moyse, the Marlboro Festival has allowed young musicians to deepen their understanding of chamber music under the guidance of some of the greatest muscians of their generation. Many of the best chamber musicians and groups of today are alumni. Pianists Richard Goode and Mitsuko Uchida continue the tradition today. Among the distinguished musician who will attend, in addition to the directors, are Ignat Solzhenitsyn, Gilbert Kalish, Arnold Steinhardt, Samuel Rhodes, Michael Tree, and David Soyer. As before the musicians make up the programs as the summer progresses, based on what they consider ready for performance; hence the weekend's programs are not announced until the preceding week. Nowadays these are easily available on the festival site, but book early; the Marlboro concerts sell out fast.

Yellow Barn Music School and Festival
Like Marlboro and Tanglewood, Yellow Barn combines a music school with a distinguished concert series. Founded in 1969 as an informal summer retreat for students of cellist David Wells, then chair of the chamber music department at the Manhattan School of Music, Yellow Barn has evolved into one of the more exciting events in western New England, notable for its diverse programming and distinguished group of senior musicians, which this year includes Peter Frankl, Robert Mann, Paul Katz, Donald and Vivian Hornik Weilerstein, the Parker String Quartet, and Lewis Spratlan, composer.

Music Mountain
Founded in 1930 as the permanent residence of the Gordon string Quartet, Music Mountain, located in Fall's Village, Connecticut (not far off Route 7), is one of the oldest music festivals in the United States. Each season there is a chamber music series of 16 concerts, mainly on Sunday afternoons, a popular Saturday evening series of jazz concerts, a series of choral concerts, and a number of special events. This year, Peter Serkin and the Bard Festival String Quartet opened the season with a special benefit concert which included the Shostakovich Quartet no. 11,  Beethoven's Quartet in A minor, Opus 132, and the Brahms Piano Quintet. Future concerts will included the Shanghai String Quartet with Melvin Chen, Chiara String Qt with Simone Dinnerstein, the St. Petersburg String Quartet, the Triton trio, including the great Ani Kavafian, and others.

Norfolk Chamber Music Festival
The Norfolk Festival, which is associated with the Yale Summer School of Music, started to take its present form around the beginning of the 20th century under the leadership of Carl and Ellen Battell Stoeckel. Together, they brought many distinguished musicians to the area, who performed before invited audiences. For more, I shall refer you to the interesting history on the festival site. This year's festival will begin with a special recital by mezzo-soprano Frederica von Stade. The participants will include the Tokyo String Quartet, Richard Stoltzman, clarinet, Vermeer Quartet, Peter Frankl, piano, Ani Kavafian, violin - André-Michel Schub, piano, David Shifrin, clarinet, and the early music ensemble, Les Idées heureuses in a program of Franch baroque music and dance.

Tannery Pond Concerts
This much admired series takes place in a Shaker tannery, built in 1834, on the grounds of the Darrow School at New Lebanon, New York, and is without a doubt one of the most attractive venues for music in the Berkshires. This barn-like structure provides an intimate, acoustically outstanding space for chamber music. The director is Christian Steiner, a well-known pianist and photographer of musicians. In the next concert (July 14th) , Russian pianist Vassily Primakov will play Handel, Chopin, Brahms and Schumann. This will be followed by the St. Lawrence String Quartet, playing Haydn, Shostakovich, and Franck, to mention only two examples.

The Berkshire Opera
This summer The Berkshire Opera will host the Boston early Music Festival's production of Lully's Psyché this coming weekend, as well as their own production of Puccini's La Bohème in the second half of August. The will also be a one-night concert, "Moonlight at the Mahaiwe" on July 5, "an evening of opera's greatest love arias."

Music at the Sterling and Francine Clark Art Institute
The Williamstown Chamber Concerts, which were a welcome event at the Clark Auditorium since 1988 are now defunct, as I have heard. My attempt to confirm this with the organizers, Marlene & Stephen Walt, met with no response. However, the Clark will host three of the Aston Magna concerts, the 35th Anniversary Concert with Vivaldi's Four Seasons, Bach at the Court of Frederick the Great, and Mostly Monteverdi. The Amstel  Quartet will play chamber music arranged for saxophone quartet on August 7, and there will be two concerts from the Manchester Music Festival on August 14 and August 28.