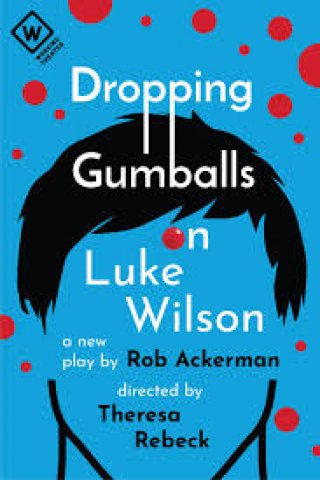 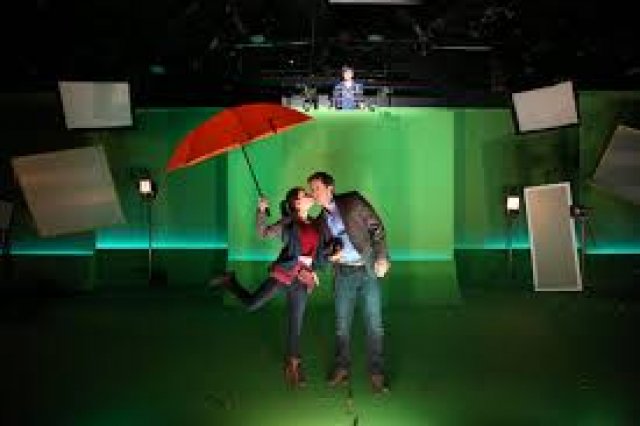 Working Theater Presents the World Premier of Dropping Gumballs on Luke Wilson by Rob Ackerman, directed by Theresa Rebeck. The Working Theater's Mark Present is the producing artistic director and with Laura Carbonell Monarque the managing director, brings us a play which is true the the vision and mission of the company. Stories reflect a diverse population the working majority, acknowledging their complexity... by creating theater of interest to working people.

Christopher  and Justin Swader's scenic design effectively turn the stage into a set.

We are at a location where a television commercial is being filmed. The messy business of building the make-believe reality unfolds. Ackerman's play takes hard aim at the shallowness of the advertising business.  Rapid fire of abuses, both procedural and criminal, of the workers whose job it is to make the product shine, appall.

How far can we go to make something look good? Can we break the rules, inflict pain? Cause injury? Rob (George Hampe) the young assistant set-man is offered a chilling quandary by the autocratic big director Errol Morris (David Wohl), who suggests that there are no limits.

The day to day 'grind', the conflicts with home obligations.  The natural relationships both good and bad of these workers, who have been through many such daily grinds together, pales as the reality of the demand for more sets in. If you must do physical harm to someone else to satisfy the demands of the job-- how far must you go? At what point do you stand your ground? At what point do you walk out?

Alice, the assistant director (Ann Harada) with a sick child at home, cannot afford to throw away her career. She must do as she is told, and yet she feels responsible for any injuries that could occur on her set. Ken (Dean Nolan) convinces us that at his age , what with a mortgage to pay and a painful back injury, he cannot afford to be ethically picky. Nolan is both likable and surly as a worker who has seen it all before.

Though much in need of money, Jenny the prop girl,(Reyna De Courcy) is properly horrified by the choices as her star struck vision of the 'great director' crumbles. De Courcy conveys a bright energy to the scene as she plans to protect the intended victim. Luke Wilson (Johnathan Sale), an aging ingenue, the unsuspecting victim of Morris's sadistic plan, is caught by his million plus compensation. Why even complain if 500 gumballs are dropped on your head? The situation is ludicrous.

Ackerman brings the realities of unscrupulous authorities in the work place to our attention in a mode that approaches theater of the absurd. The playwright himself has worked as a property master and has done many television commercials. His familiarity with the milieu has truly inspired the play. The ad world, with its juxtaposition of multi-million dollar productions and meaningless messages, has potential for real humor. Be prepared to chuckle, but the message here is one which resonates beyond the 'set'. Dropping Gumballs is, as the title suggests, both funny and painful.