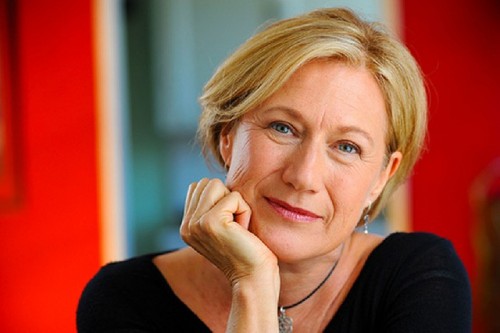 Co-producer Jayne Atkinson says, “I am honored to be hosting this fun and exciting benefit, which brings WAM’s worthy mission of using theatre to benefit women and girls front and center to the Berkshire community."

The celebrity panel will share their stories, observations and thoughts about the challenges women face in the entertainment industry.

The evening will also include a sneak peek of WAM Theatre’s fall production Emilie: La Marquise Du Chatelet Defends Her Life Tonight by Lauren Gunderson, a Northeast Regional Premiere running November 7-24 at Barrington Stage Company’s St. Germain Stage. In keeping with WAM Theatre’s double philanthropic mission, a portion of proceeds from the box office of Emilie will be donated to an organization that benefits women and girls. That beneficiary will be announced at the June 30 benefit.

“Jayne began telling me all these great stories over a cup of tea about how she claimed her place as a woman in the entertainment industry. We were immediately struck by the idea that sharing these stories and having a discussion about how celebrities claim their place was a fitting focus for our first ever benefit.” Says Kristen van Ginhoven, WAM Artistic Director. “We look forward to sharing Jayne’s stories and the many hilarious and inspiring stories of our panelists with our current WAM supporters, as well as the many new people we hope will join us at our inaugural benefit.”

Tickets for Emilie: La Marquise Du Chatelet Defends Her Life Tonight can be purchased at www.WAMTheatre.com or 1-800-838-3006.

Claiming Her Place: A celebrity panel discusses the challenges women face in the entertainment industry

Emilie: La Marquise Du Chatelet Defends Her Life Tonight had its world premiere in 2009 at South Coast Repertory Theatre. The play has been described as ‘fiercely inquisitive and joyfully sexy’ (The San Francisco Chronicle), ‘an evening of humor and heartbreak’ (BroadwayWorld) and as an ‘ambitious, highly theatrical romp that literally crackles with electricity’ (LA/OC Examiner)

Although today she is best known for her fifteen-year liaison with Voltaire, Emilie Du Chatelet (1706-1749) was more than a great man's mistress. She was one of the leading interpreters of modern physics in Europe, as well as a master of mathematics and linguistics, during the Age of Enlightenment. After marrying a marquis at the age of eighteen, she proceeded to fulfill the prescribed-and delightfully frivolous-role of a French noblewoman of her time. But she also challenged it, conducting a highly visible affair with a commoner, writing philosophical works, and translating Newton's "Principia" while pregnant by a younger lover. In this play Emilie must defend her life by tallying her achievements in Love and Philosophy—and searching for a formula that will convince the world of her worth.

Lauren Gunderson is an award-winning playwright living in San Francisco. She studied at Emory University and NYU's Tisch School of Performing Arts where she was a Reynolds Fellow in Social Entrepreneurship. Her work has been produced and developed at companies across the US including South Cost Rep

(Emilie, Silent Sky), The Kennedy Center (The Amazing Adventures of Dr. Wonderful And Her Dog!), Berkeley Rep, TheatreWorks, Crowded Fire, San Francisco Playhouse, Marin Theatre, The Magic, Actors Express, Oregon Shakespeare Festival, Portland Center Stage, Second Stage, Playwrights Foundation, Impact Theatre, The Lark, and The O'Neill. Emilie: La Marquise Du Chatelet Defends Her Life Tonight is published with Samual French. The first two plays in her Shakespeare Cycle, Exit, Pursued By A Bear and Toil and Trouble are now published by Playscripts. She is a Playwright in Residence at The Playwrights Foundation, and a proud Dramatists Guild member.  Los Angeles Times calls Gunderson someone who ‘possesses an antic imagination that seeks to invent its own rules. As soon as we’re drawn in, she shakes and whisks us 10 or 15 paces ahead’.

Emilie: La Marquise Du Chatelet Defends Her Life Tonight will be directed by Kristen van Ginhoven, WAM Theatre’s Artistic Director. For WAM Theatre, Kristen’s directing credits include: The Old Mezzo (World Premiere), The Attic, The Pearls and Three Fine Girls and Sarah Ruhl’s Melancholy Play.  She recently was a director for the 10x10 New Play Festival at Barrington Stage Company, where she also was assistant director for Sleuthand Absurd Person Singular. Elsewhere as a director, Kristen has worked at the Stratford Festival of Canada, Capital Repertory Theatre, Majestic Theatre, Cohoes Music Hall, and Emerson College. Kristen is a participant of the 2013 Lincoln Center Director’s Lab.