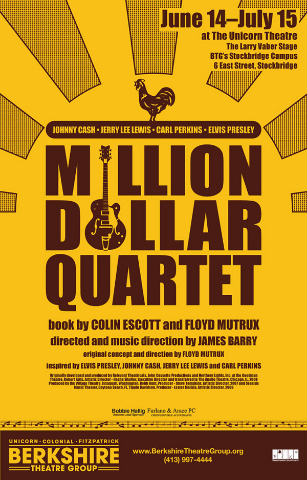 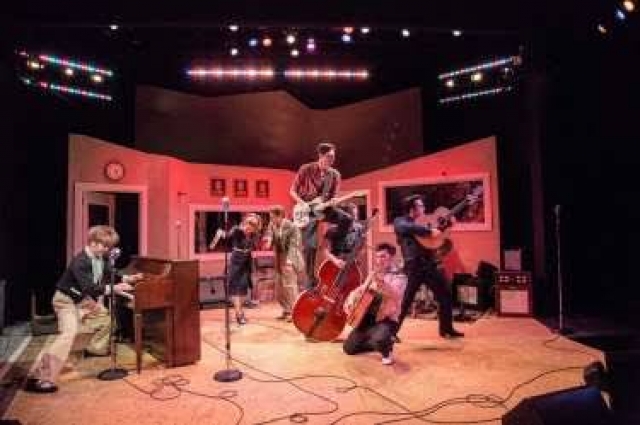 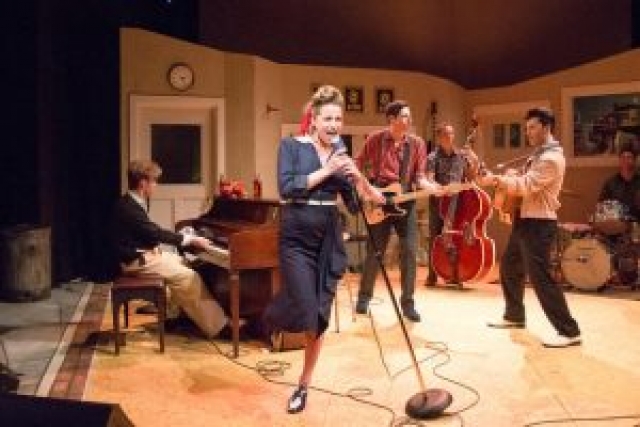 If you like rock 'n' roll and country music, or if you like rhythm, or if you are looking for mood-lifter, or if you just want to have fun, check out Million Dollar Quartet.

What brings them all together to a sound studio in Memphis on a December evening in 1956 is their connection to Sam Phillips, who runs Sun Records. Sam has discovered all of them, with his fine-tuned ear for identifying real talent and potential hits.

The play, written by Colin Escott and Floyd Mutrux from the original concept and direction of Floyd Mutrux, captures the true events of an accidental coming together of these superstars, and of a jam session like no other.

In a compact 90 minutes, in a great set design of a Sun Records' sound studio (by Jessica Ford), we meet these icons, first individually, and also get to hear them as a group.

How these musical stars met Sam Phillips, what their current career goals are and what is the music they love, unfolds as the play progresses.

Sam Phillips, who first recorded Elvis, is being wooed by RCA to work with him again.  But Sam can have no boss, and he is considering what to do.

Sam is looking forward to renewing Johnny Cash's contract and he is trying to revive Carl Perkins career with a newcomer, Jerry Lee Lewis.  Jerry is a fellow who has a distince sound and talent, but needs some help.

Did you know that Carl Perkins wrote Blue Suede Shoes? Everyone thought of it as Elvis' song because he made it a hit. But Carl never got over his missed opportunity!

This is just one of the facts the audience learns in this rhythm pounding musical.  Each performer has an opportunity for solos, and then for group songs.  And also, Elvis brings along a talented friend, Dyanne, who can also sing up a song!

The direction and performances in Million Dollar Quartet are spot on.  Particularly strong were Bill Sheets as Johnny Cash, whose voice and delivery were sublime.  Brycen Katolinsky as Elvis had all the right moves, and tones!

Colin Summers as Carl Perkins played a fantastic guitar, and stood out with his ornery acting and complaints.  And Gabriel Aronson, as Jerry Lee Lewis brought the house down with his wild piano playing and pranks.

Christy Coco, as Dyanne, kept a great rhythm and sang Fever with fervor in a memorable performance. Nathan Yates Douglass as Brother Jay did amazing thing with the bass!

And, let's not forget Ben Nordstrom as Sam Phillips, whose acting and enthusiasm held the play together.

All in all, if you are looking for a night of entertainment, Million Dollar Quartet will deliver! The entire company got the audience on its feet, and engaged, hoping for more.