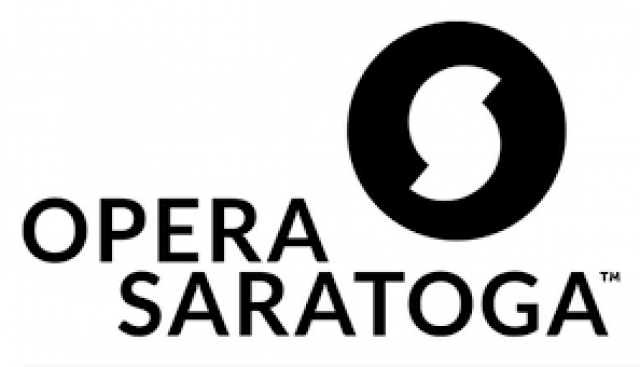 Opera Saratoga announces  the company’s return to the stage for its 60th Anniversary with a season of performances inspired by the iconic novel Don Quixote by Miguel de Cervantes. Working closely with a team of medical professionals and a dedicated COVID Safety Officer, Opera Saratoga is committed to bringing audiences and artists together safely for the 2021 Summer Festival, which will be produced outdoors during June and July in partnership with the Saratoga Performing Arts Center (SPAC), Saratoga Spa State Park, and Pitney Meadows Community Farm to provide three unique performance spaces for audiences to safely enjoy two fully staged productions and a special concert.

In partnership with SPAC, Opera Saratoga will present MAN OF LA MANCHA, the Tony Award winning musical, featuring Broadway and Opera star Zachary James in the role of Cervantes / Don Quixote; and Opera Saratoga favorite, Kelly Glyptis, returning to Saratoga Springs as Aldonza. The production, directed and choreographed by Opera Saratoga’s Artistic and General Director Lawrence Edelson in full compliance with New York State COVID safety guidelines, will feature projection and lighting design by Barry Steele, costumes by Glenn Avery Breed, and will be conducted by Laura Bergquist - who most recently led the musical Allegiance on Broadway. The beloved musical, with a book by Dale Wasserman, music by Mitch Leigh, and lyrics by Joe Darion, was inspired by Miguel de Cervantes’ 17th Century masterpiece Don Quixote. A universal tale of love, hope, and adventure, Man of La Mancha celebrates the perseverance of one man who refuses to relinquish his ideals, and who is determined to see life not as it is, but as it ought to be. The celebrated score includes “The Impossible Dream,” “I, Don Quixote,” “Dulcinea,” “I Really Like Him,” “Little Bird,” and “To Each His Dulcinea.” Three performances are scheduled on the SPAC Amphitheater Stage on July 8th, 9th, and 10th at 8pm.

In a more classical vein, Opera Saratoga will also present DON QUICHOTTE AT CAMACHO’S WEDDING, a one-act comic serenata by Georg Philipp Telemann with a libretto by Daniel Schiebeler, taken from an episode from Part Two of Cervantes' celebrated novel, in which the Knight and his squire Sancho Panza encounter some rather strange wedding celebrations as they roam the world in search of adventure. The al fresco production will be staged by Rebecca Miller Kratzer and will be conducted by Michelle Rofrano in and around the Columbia Pavilion in Saratoga Spa State Park, with the backdrop of the forest creating a natural set for this pastoral adventure. The performances will feature Festival Artists from Opera Saratoga’s Young Artist Program – the second oldest professional training program for emerging professional singers in the country. Twelve performances are scheduled between July 14th and July 18th, with performances at 11am, 1pm, and 6pm.

Opera Saratoga’s Artistic and General Director Lawrence Edelson explains that “as we considered how to best return to the stage this summer, I found myself repeatedly drawn to works inspired by Don Quixote. I think we’ve all needed to channel some of the famous knight-errant’s idealism and extreme optimism – and to dream impossible dreams in the face of unprecedented challenges. Thanks to the willingness and enthusiasm of our partners at SPAC, Spa State Park, and Pitney Meadows to dream with us, we are able to come back together as a community to safely enjoy some incredible music and theater together this summer. The enormous size of the SPAC amphitheater will allow us to welcome socially distanced audiences as well as to stage Man of La Mancha with all necessary safety protocols in place, incorporating vivid projection design to enhance the production; while the more intimate spaces in Spa State Park and at Pitney Meadows Community Farm will allow for safe gathering of smaller audiences in covered, open-air venues that allow us to draw upon the natural beauty and intimacy of these unique spaces.”

Leading up to the Festival, Opera Saratoga will also offer an 8-week online course: Another Age, Another Place, Another La Mancha: Don Quixote and the Birth of the Modern World. Taught by Skidmore Professor Grace Burton, this course will explore why the story of an old man’s wanderings through the dusty plains of 17th-century Spain have captured the imagination of philosophers and filmmakers, composers and choreographers, dramatists, and dreamers alike. “To answer this question, we will go back to the time and space of Cervantes’ La Mancha,” says Burton. “What we will find there is a man who, having arrived too late to live in a chivalric world filled with knights in shining armor and damsels in distress, sets out on an adventure that leads not to the past he so fervently admires, but to a future he never could have imagined: the world we now recognize as modern.” The course will be offered via Zoom, on eight consecutive Wednesday evenings, from May 12th through June 30th.

Opera Saratoga is committed to ensuring that audiences have a safe and enjoyable experience this summer. All performances will be produced in compliance with New York State and CDC guidelines to ensure the health and safety of audience members, artists, and staff. As required by New York State, all ticket buyers will be required to show either proof of vaccination at least 14 days prior to their attendance, or a negative COVID-19 test within 72 hours of the performance they are attending. In addition, attendees will be required to complete a health screening questionnaire and pass a mandatory temperature check prior to entry. Audience members will be required to wear masks at all performances, regardless of vaccination status or proof of a negative test. Restrooms will be available with social distancing and enhanced cleaning and sanitation protocols in place in accordance with recommended guidelines.

Due to social distancing at all performances, tickets are extremely limited this season, and it is anticipated that performances will sell out in advance. At all venues, tickets will be sold in socially distanced pods of two seats. At SPAC, pods of one, two, or four seats will also be available on the SPAC lawn for Man of La Mancha. Very limited single tickets will be available under the roof of the amphitheater for Man of La Mancha, but single tickets are not available for Quixotic Opera or Don Quichotte at Camacho’s Wedding due to the seating configurations at these venues.