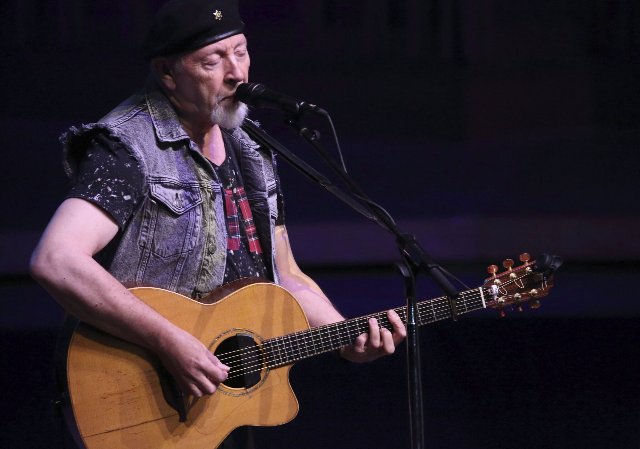 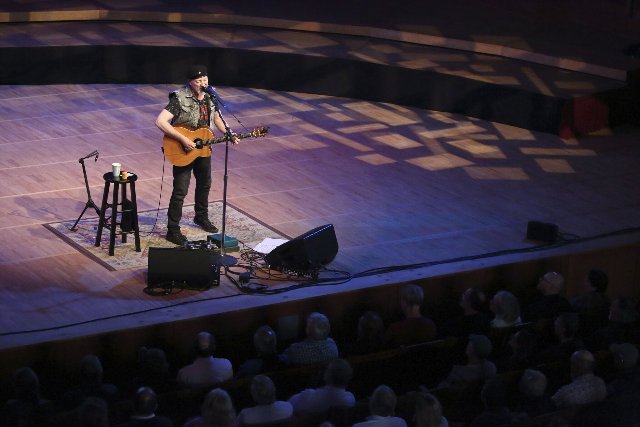 Last week I visited , Michael Trullinger, a professional drummer. He as a day gig as an acclaimed cheesemonger. Back in the day he teach me how to cut an 80 pound wheel of Parmesan Reggiano. My business then was to set-up cheese and gourmet food shops inside of wine stores.

We went to Whole Foods in Montclair, New Jersey, where Michael lives, to see explore cheese. There was a guy wearing a beret sorting through the vegetables. I askedMichael, ‘Who is that guy? I know him somehow.’  Michael identified him as a local resident of Montclair, Richard Thompson. "Yikes" I replied, "I’m going to see him at Tanglewood next week." Michael added, "he moved in with a pal of mine, Zara Philips."

So, I got a cozy preview closeup of Thompson. He is a Rolling Stone Magazine ‘Top 100 Guitarist’ and prolific singer-songwriter. Queen Elizabeth honored him as an Officer of the British Empire. (OBE)

Thompson’s career started in the 1960s with Fairport Convention. In the 1970s, his solo career took off, as we experienced at Seiji Ozawa Hall this week. His voice reminded me of a mix between Gordon Lightfoot and Elvis Costello. His acoustic guitar style was reminiscent of Eric Clapton. He plays like Jimi Hendrix on electric guitar.

Thompson’s two hour set, including a couple of encores, electrified the near capacity silver-haired crowd. The audience sang along with several numbers. They cheered when hearing the first note of a dozen songs. He kept up lively banter with the audience.

Only a few of his songs were familiar to me.  Thompson admitted that he was never had singles buyers as followers. Only one song, in 1969, reached the Top 40 in Great Britain. He asked the audience, ‘where were you when I needed you?  As far as album sales go, he commented that fans have supported them. He recorded fourteen solo albums, six studio albums with ex-wife Linda, and five studio albums with Fairport Convention.

Seeing Thompson at Tanglewood was a stunning flashback. He entertained us with wit, charismatic personality, and glaring eyes. That was just for starters. His acoustic guitar work mesmerized the enchanted audience. We were in a trance through his long and  elaborate set. Some of the crowd favorites included: "Jesus/Gethsemene," "The Ghost of You Walks," "Crocodile Tears," "Valerie" and "Who Knows Where the Time Goes?"

At 70-years-old Thompson still rocks. We treasured this rare encounter which was anything but cheesy.