Orchestra of St. Luke's at Carnegie

Exploration of Strange Loops. Part I 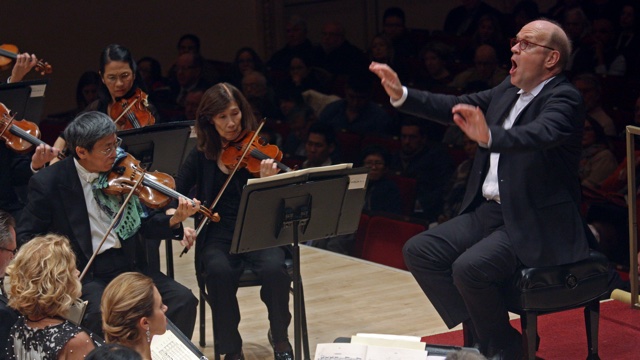 Bernard Labadie leads the Orchestra of St. Luke's in a performance of A Musical Offering by J.S. Bach, with juicy accompanying narrative. 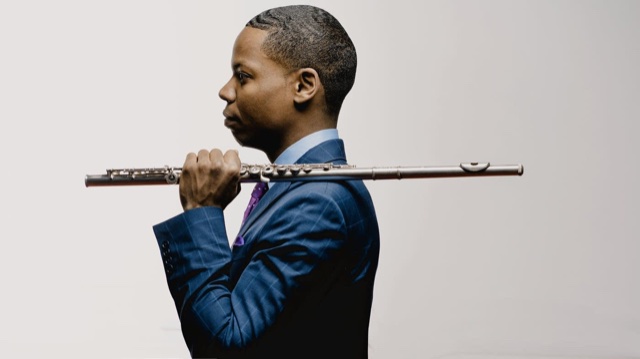 Brandon Patrick George, a King's flutist for an evening.

Douglas Hofstadter introduced the notion of strange loops in his inaccessible, brilliant Pulitzer-Prize winning book, Godel, Escher, Bach, in 1979.  He writes: “My belief is that the explanations of ’emergent’ phenomena in our brains—for instance, ideas, hopes, images, analogies, and finally consciousness and free will—are based on a kind of Strange Loop, an interaction between levels in which the top level reaches back down towards the bottom level and influences it, while at the same time being itself determined by the bottom level.”

Each of his chapters begins with a dialogue between Achilles and a tortoise.

At Zankel Hall in Carnegie, Bernard Labadie, principal conductor of the Orchestra of St. Luke’s, engaged us in dialogue with his orchestra in a  performance of A Musical Offering, the Bach work that Hofstadter featured in his book.

The story of J.S. Bach’s command appearance in the court of Frederick the Great is familiar. Bach traveled from Leipzig to Potsdam, where his son Christian was a key member of the musical group gathered by the King.  Frederick played the flute and is said to have challenged the ‘older’ Bach to improvise on a theme he had created. The theme is so extraordinarily complex that Arnold Schoenberg was led to speculate that the younger Bach had written it as the ultimate challenge in a father-son competition.

Bach immediately rose to the challenge, writing a three-voiced Ricercar – variously meaning ' ‘searching out," perhaps a key, or perhaps also infinity, because it never resolves even though it returns to home base over and over.

The orchestra was joined by flutist Brandon Patrick George, a distinguished soloist and instructor at the Curtis Institute. He is a beautiful instrumentalist, who is as exciting to watch as he is to hear. The trio sonata that concluded the first part of the program may have been written for the King– the flute is prominent.

What else is a loop but an endless process made finite?  The main loop in Bach is in the Canon a 2 per, which begins in C minor, seems to  end in D minor. Starting up in this key, it goes to E major. After six modulations, its end in  C minor, an octave higher, giving the impression of rising.

This is Bach’s final work. After his visit to Potsdam, he returned home where he died three years later.  Running many musical lines simultaneously in canons and fugues yields rich linear results. Bach undoubtedly heard the vertical harmonies which the canonical runs create. They are as radical as any composer’s who followed him: dissonance, chromaticism, even odd and undefinable sounds abound. The performance makes the case for Bach, known as the pinnacle of baroque music, as the founder of all music that followed.

Godel’s Incompleteness Theorem implies we can never truly prove everything within a system, for we are always dependent upon some higher level of rules which structure our reasoning and logic within that system. We will always be left with some statements which are unprovable.

By moving upwards and downwards through a system, Bach finds himself back at the beginning. Nearly unanalyzable feelings are somehow related to the hard-wiring of our brains.  Bach of course untangles the tangles in each orderly line of  a canon, and in their vertical relationships. The harmonies which are radical indeed, are where the tangles, or what Hofstadter called the "golden braid",  exist.

All of this is interesting to contemplate, but sitting back to hear the music performed is the great pleasure.  Bach launched everything that followed.  The Orchestra of St. Luke's gave a moving performance of his methods.