The Hunchback Variations at 59East59 Theaters 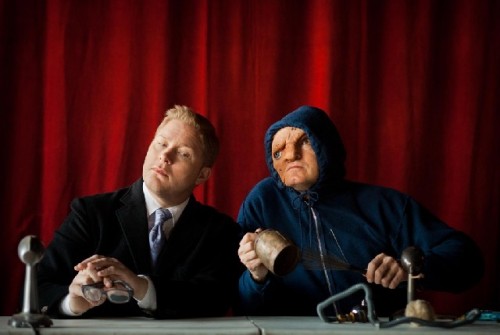 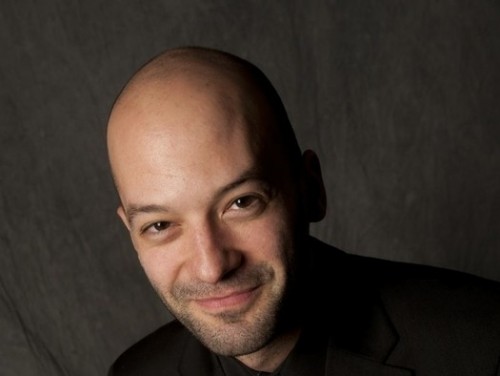 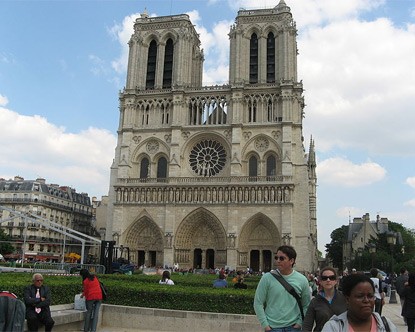 Notre Dame living on as a reminder? 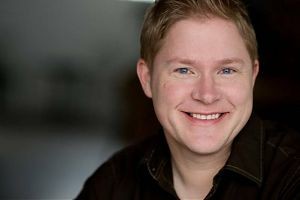 Paul Ghica gets sounds you've never heard before out of his cello.

Theater Oobleck works without a director
59E59 Theaters
Through July 1

The Hunchback Variations is a chamber opera now playing at the 59E59 Theaters.  It was a smash hit in Chicago, where it was developed by Theater Oobleck, a 24=year-old group committed to create "collective, idiosyncratic works without an overseeing director."  Hunchback is a riveting evening, performed under what look like impossible circumstances.

Musicians Ghica and Sargent emerge first from darkness.  We hear piano tones and then the cello finding its own.  Ludwig van Beethoven and Hugo's Quasimodo arrive to discuss the sound Chekhov indicates at the end of Act II in The Cherry Orchard.  This may be the world’s most famous stage direction:  "Suddenly there is a distant sound, coming as if out of the sky, like the sound of a string snapping, slowly and sadly dying away.”

The great Stanislavski was chastised by Chekhov for coming up with an inadequate sound.  “It is such a simple instruction,” Chekhov said.  “What could be more clear?”  Indeed.   But it never becomes so, so rich is its meaning.  Hunchback has this elusive and rich quality too. What after all is sound and what does it mean?

The futility of The Cherry Orchard is mirrored in the futile search for the sound.  Both Beethoven and Quasimodo are deaf.  They have been meeting for months in Quasimodo's simple cottage, sitting around a bell table on which of course you cannot place anything, because it would slide off the dome.

Quasimodo suggests that they could have found the sound if they had met at what he imagines to be Beethoven's posh apartment.  Beethoven of course lived in over 35 hovels during the last years of his life, probably moving because he could not pay the rent, even when composer Giachino Rossini raised money for him.  Beethoven’s pianos had no legs so they could be moved easily.  Quasimodo was dreaming.

But his name. The brilliant actor George Andrew Wolff wraps his mouth around the word:  the qwuaaah, the zeee, moh-doh, as he thoroughly enjoys each individual sound, in and of itself a comment on the nature of sound. So the two musicians, one who will tell us he lives forever and the other the world’s most famous carillonneur, banter on.

Through 11 variations these two bat back and forth the sound, what sound is and the essence of creativity.  They sparkle like Mozart's Twinkle Twinkle variations, those enchanting fourteen, based on the original French "Ah vous dirai-je Maman."  They are as provocative as Wallace Stevens’ looking at the blackbird in thirteen ways.  They also suggest Lewis Carroll's take on the twinkle: Twinkle, twinkle little bat.

Wolff has a wonderful tenor voice with just the right edge.  Adams’ bass is lush and burnished, particularly in the lyric phrases toward the end of the opera. As actors they make this show.

Wolff stands up only at the very end.  Until then, he relies on facial expressions, his agile hands and occasionally the microphone.  Adams thoroughly inhabits Quasimodo from the cast of his solo eye to his gnarled and fidgety hands around crude sound generators he has packed into a brief case and a doctor's bag.

Musicians Ghica and Sargent join in to form a quartet. The music offers a variety of sounds, swishes, scratches and even plucks from the piano keyboard as well as the cello.  The interaction of all the performers makes this meditation and riff a rich brew.

It is easy to understand why theaters around the world have produced revivals of Oobleck's plays.  The originality and the profound talent of the actors and musicians are alone worth a visit. That your mind tangles and dissects the fun and the conundrums as both actors sing beautifully is an added treat.  In this take in New York, the absurd situation is full of touching and rollicking humor.  And the opera is curiously and absurdly moving.