Not Just Shakespeare in Ontario 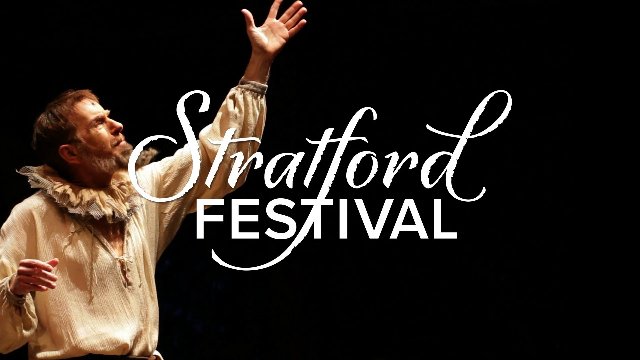 Opening Night at Canada’s great Stratford Festival was abruptly cancelled just as a glittering crowd had assembled for the gala premiere of a new production of Shakespeare’s “The Tempest,” starring Martha Henry as Prospero. A phone call announcing a bomb threat could not be ignored.

Fortunately, the next night’s opening performance of the feel-good musical “The Music Man”, lavishly re-staged and dazzlingly re-choreographed, restored the festive tone of the week of new productions. One of Canada’s leading theater critics wrote that despite the oddly remote performance of the title role, the overall festivities onstage were so delightful that she didn’t want the show to end.

I really didn’t understand what Daren A. Herbert was doing with the title role of Harold Hill, or why director Donna Feore couldn’t correct it.  Herbert sang, danced, clowned, and played the role clearly and capably, but like a demonstration, without any hint of personal investment in anything he did.  Virtually everyone else onstage, even the little children, seemed to feel their roles more than the normally super-charismatic salesman, whose ability to “sell” the idea of starting a marching band in the town is the basis of the plot.

Devon Michael Brown, for instance, looked more mature than his character, the boyish Tommy Djilas, normally does, but played and sang Tommy with infectious charm that the audience responded to audibly.  And choreographer Feore used Brown as her leading male dancer in some downright dangerous looking virtuoso bravura dancing passages that bordered on acrobatic. Mr. Brown is a sensational dancer.

At this point, Donna Feore seems to have established a permanent excellence of musical and dance performing among Stratford’s classical repertory actors that the late Brian Macdonald began in this great Shakespearean theater company about three decades ago.  She has created emotionally potent Stratford productions of musicals (“Fiddler On the Roof”) and plays (“The Madwoman of Chaillot” and “Cyrano de Bergerac”), but more often seems to like to dazzle the audience with high-spirited, excitingly gifted performances.

This is a showy work with amazingly inventive and appealing songs and speeches; and the implausible celebratory ending is plenty sentimental enough to compensate for a lack of heart in the first act. After ecstatic applause, most of the audience seemed to leave the theater grinning.

Everything about the performance is choreographed and delivered noticeably, even scene changes, from the tricky talk-song on the train by the salesmen in a line of chairs to the barbershop quartet and love duets. Scene changes are deceptively simple but “presented” sometimes showily on the huge Festival Theatre stage. Director Feore and designers Michael Gianfrancesco, Dana Osbourne; Michael Walton; and Peter McBoyle unforgettably let us know that a whole lot of unbelievably creative artists are enthusiastically entertaining us.

So the basic plot is impossible: so what? That’s why we talk about “Theater Magic.” And as we walked out after the bows and final note, people stayed to applaud Franklin Brasz and the orchestra’s topnotch live music.

One artistic gimmick that Stratford is becoming noted for is their production staff’s and designers’ creations of animals, exquisitely made and expertly maneuvered giant puppet-like structures with mimes animating them underneath.  A polar bear in a play last year had us weeping at his death; and here in “The Wells Fargo Wagon” number there’s a truly beautiful horse.

Dozens of talented performers stand out. A distinctive actress,  Danielle Wade makes the town librarian, Marian Paroo, kind and helpful, but personally aloof, as indicated; but she also gives Marian a compelling individuality: intelligent self-assured, and very guardedly romantic. In the second act, she finally is energized by romantic attraction to Harold – or, perhaps to the idea of a romance – enough to achieve star status, which she managed earlier only when singing in a lovely musical-comedy voice with operatic high notes. Stratford stalwart Steve Ross is consistently funny as the inept, bossy Mayor Shinn.

The mayor is  antagonistic and suspicious toward Harold Hill’s marching band scheme and unsuccessfully bossy toward his pretentious, moronic wife Eulalie and flirtatious daughter.  Blythe Wilson adds a deliciously goofy Eulalie MacKenzie Shinn to her long list of memorable Stratford portraits. Mark Harapiak stands out in an unusually commandingly played and sung performance in the rather isolated role of Charlie Cowell, the crude antagonistic salesman who tries to expose Harold Hill. And little Alexander Elliot as Winthrop Paroo shows the usual pizzazz singing “Gary Indiana” and gets the usual report of having “brought the house down” doing so.  But he’s also very touching in what appears to be quite skilled acting as a traumatized, heartbroken kid who has lost his father.

When the performance is as admirably enjoyable as this one is, even a “Music Man” without a commanding Music Man is worth making a real effort to see.