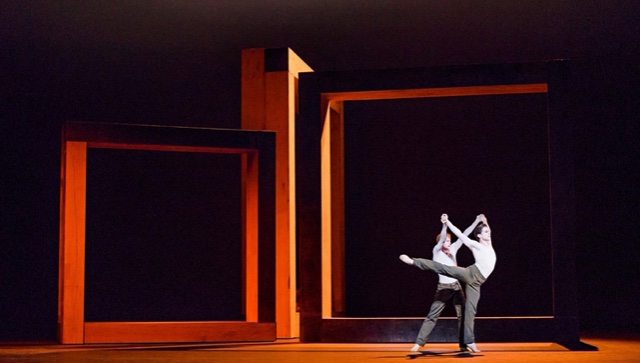 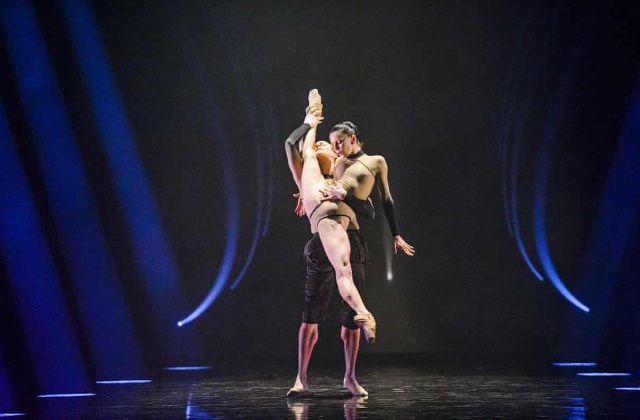 Orlando is evoked in Act II of Woolf Works 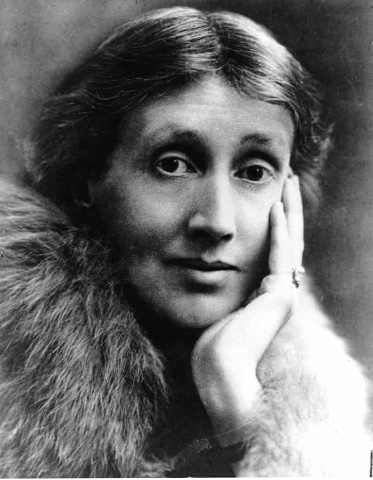 Virginia Woolf was fascinated by dance, and used its rhythms and kinetic motions in her writing. 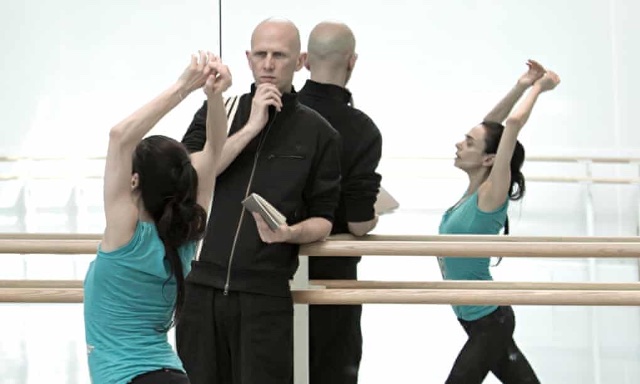 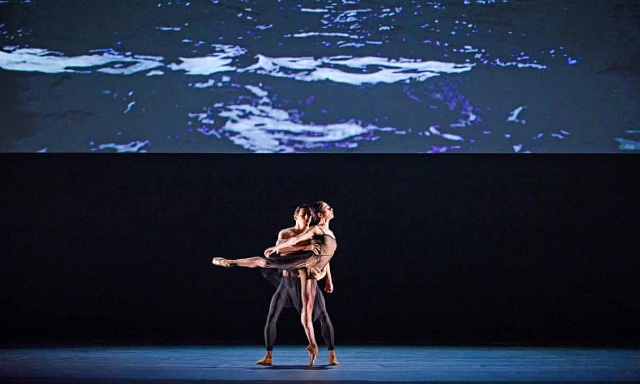 Ravi Deepres portrays waves in film he created for the dance. Aleesanra Ferri swims and then drowns on stage.

Virginia Woolf searched for forms that defied order as it was commonly understood. She abandoned traditional narrative conventions to depict reality as she perceived it. Her novels are startlingly heightened. “Life is not a series of gig-lamps symmetrically arranged; life is a luminous halo, a semi-transparent envelope surrounding us from the beginning of consciousness to the end… the proper stuff of fiction is a little other than custom would have us believe it” – Virginia Woolf, ‘Modern Fiction’.

Yet her fractured narratives, her delicate textures and the music of her prose are tempting to translate into dance.  Choreographer Wayne McGregor says, "My idea was always to do something more abstract and to use Woolf as an engine, or as something to swim inside...I find the richer the original source, the richer the exploration will be."

Taking themes from three of Woolf's novels, Mrs. Dalloway, Orlando and The Waves, the composer Max Richter in Act I, "I now, I then" opens with the bustle of human life in London. We hear the bell of Elizabeth Tower and traffic in Gordon Square. Then Richter uses the sole remaining recording of Woolf's voice. She reads an essay, "Words Fail Me,"  recorded by BBC. "Words, English words, are full of echoes, of memories, of associations."  In this Act, Woolf recalls the ghosts of her past.  Although Septimus Warren Smith and Clarissa never meet in the novel, they are engaged on stage.

Gillian Anderson reads Woolf's farewell letter to her husband, Leonard, in Act III, "Tuesday."  The human voice melds well with a fanciful and mechanical electric music presence. Anderson's voice dissolves into the strings which sound like an ocean. Much of the score is plaintive and melancholy.  Yet melody over a repetitive bass drives the work forward throughout and both pleases and enlarges our listening.

Woolf was fascinated by dance.  She attended performances of Diaghilev's ballets.  She observed ballerina Lydia Lopokova who was married to her friend John Maynard Keynes.   Lopokova's exotic physicality and uninhibited expressiveness intrigued. Ideas of kinetic motion in words effected Woolf's rhythms and organization.

Woolf's work fits well in a ballet which celebrates the physical body melded with the unconfined essence in a world of "granite and rainbow."  On a darkened stage, Woolf's 'luminous halo' is created in muted spot lights and even laser beams in Lucy Carter's inventive lighting schemes.

The three acts, ‘I now, I then’, ‘Becomings’ and ‘Tuesday’ are starkly distinct in visual design and choreography.  Act I is a remembrance.  Act II feels like science fiction as we move through 300 years and a sex change.  Composer Richter incorporates a wild Portuguese folk dance, 'La Folia,' which suggests madness. Electronics are melded into classical arrangements.  Glitches, hiccups and washes of noice emphasize lonely string phrases.  McGregor says, "It's very punk in the sense of its flamboyance, its articulation and its wildness...Woolf wrote this novel very fast, there's a breathlessness and vibrancy to it."  Music and dance reflect this sense.

Act III makes water, which obsessed Woolf, abstract. It is rooted in the sounds of waves lapping in mid-ocean. At the end, the element's embrace, as Woolf herself did. The dance gestures in this act resemble swimmers and take the viewer into the waves too.  Water and humans merge.

The production is lavish, full of new visual techniques and collages. Waves swim in water. The senses collide as you watch. In the spirit of Woolf's writing,  stream of consciousness unfolds.  As Woolf does not literally translate life to words, the choreography develops in impressionistic dance narrative.

Composer Richter joined the architects Ciguë and We Not I, and McGregor’s long-time collaborators Lucy Carter (lighting), Moritz Junge (costumes)  and Ravi Deepres (film). At the start of the creation process, McGregor worked closely with dramaturg Uzma Hameed on analyzing Woolf’s writings.  They were tempted to use only one novel. "That's not going to be the true spirit of Woolf, who was diverse...rarely one thing", said Hameed.

Alessandra Ferri dances Virginia Woolf.  Mc Gregor reports that not one of her performances is like another.  The feeling of intense presence comes from the dancer's reactions to instant moment.  All the dancers, according to McGregor, are adventurers.  One senses it in the dance gestures which move the story forward, a transparent, unbearable lightnesses of being backed up by a solid core.  This too was Woolf, evanescent and firm.

The extraordinary production is available to view through July 6.