A Strange Loop, the Musical 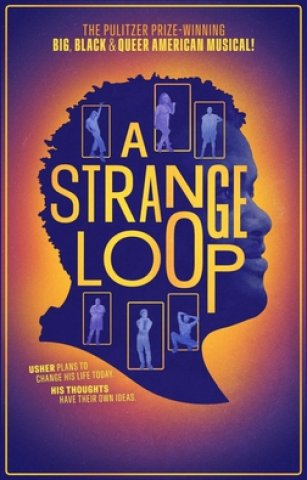 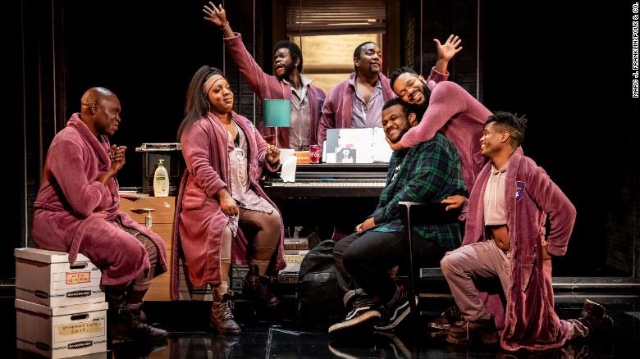 Usher and his 'Thoughts.' 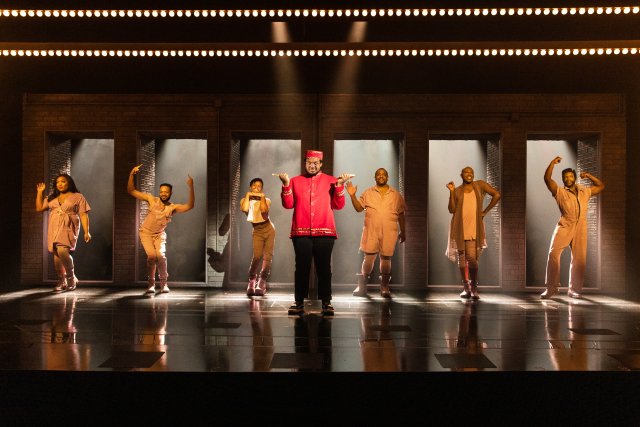 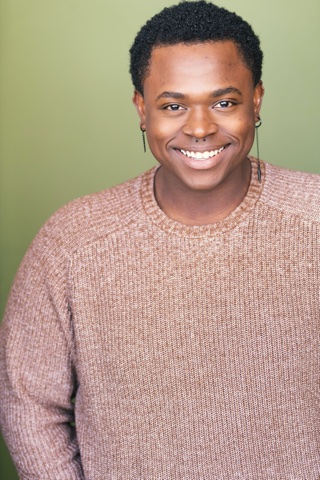 Edwin Bates, Usher understudy, was terrific in the lead role. It is usually played by Jaquel Spivey.

A Strange Loop, the musial, is an exuberant yet sad story about a young, queer Black man who is struggling to write a musical.  In fact, Michael R. Jackson, winner of Tonys for Best Musical and Best Book of a Musical, spent twenty years putting this show together.

As the author, Usher in the show keeps looping back on himself instead of moving forward. We watch his thoughts, expressed by six actors. They appear first in the archways of a theater where Usher works as an usher.  Subtle and not so subtle loops are the meat and potatoes of the show.

The themes Usher wrestles with are familiar, but have unique takes.  Slavery and police violence are regarded as lucrative subject matter. The thought of AIDs, an ever present threat to be feared, oppresses. Modeled on straight women’s pre-and post sex contraceptive measures, Usher’s doctor tries to press Truvada on a sexually inactive man.

Usher in fact has an inner feminist girl who crops up again and again. He imagines her power. The musical was written before the Loving v. Virginia decision significantly deprived women of their power.

Edwin Bates stepped into the lead role and is terrific. The physical type casting is modeled on the author’s. Banks is somewhat short and squat, yet dynamite as an actor. Visually this echoes and loops back on the image often expressed on Grindr texts, that personal parts are inadequately sized.

Tyler Perry gets put in his rightful place as a poor successor to chittlin’ circuit productions. Remember that he ruined For Colored Girls in the film he made.

Usher’s obsession with Perry’s success is magnified by his parents, who want him to be the new Tyler Perry of gospel fame.The scene turns uproariously funny as Usher imagines that he has been assigned to punch up a gospel show for Perry.

Some thoughts, like the Perry one, get full scenic treatment, looping from an errant thought into a fully developed one. Living room scenes with Usher’s family are fleshed out. Another actor as his mother steps out from thought to real life at one moment, breaking the loop wall Jackson has created.

A delightful scene with an (stage) audience member shows just how burdensome the work is for Usher. She carries a Lion King bag. We have learned over and over that Usher works for Disney, but the name of the show has not been revealed.

A fantasy sex scene where you know exactly what’s happening  is cloacked in darkness and does not offend.

Anyone who has ever tried to create a work will recognize the constant struggle between the hard-wired brain and intuition, one of the subjects of the musical and also a Hofstadter thesis in Godel, Escher and Bach. This looping affects many of us as we settle in to accomplish anything.

The heavy-duty underpinning of the show does not interfere in any way with the great pleasures it offers. A triumph.

Playing through the end of the year. Ticket here.