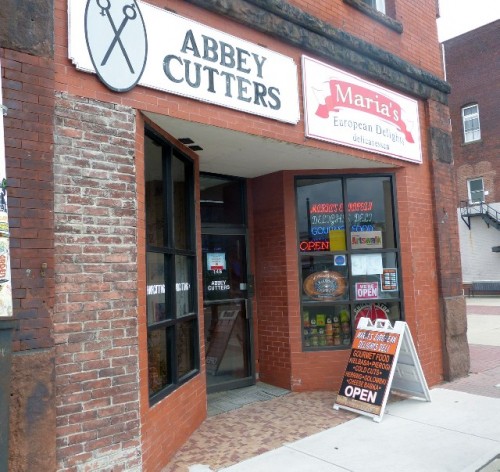 Deli at 146 North Street in Pittsfield. 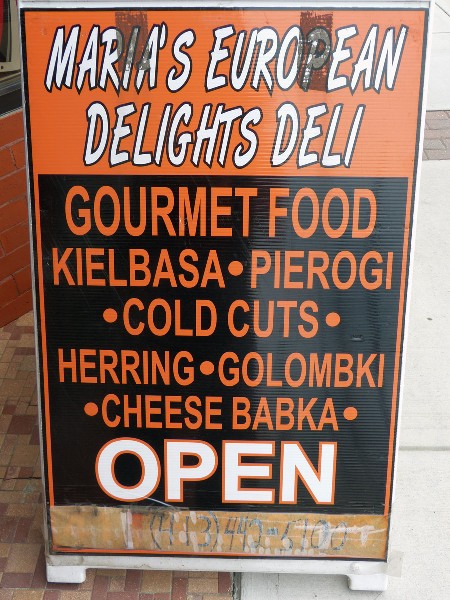 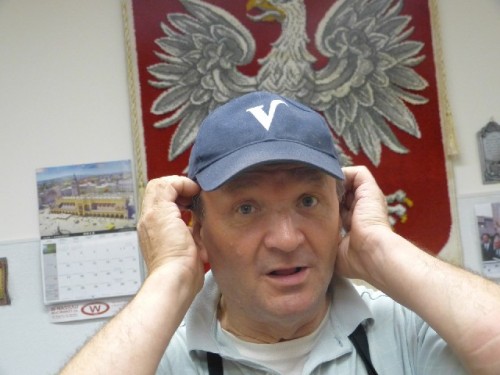 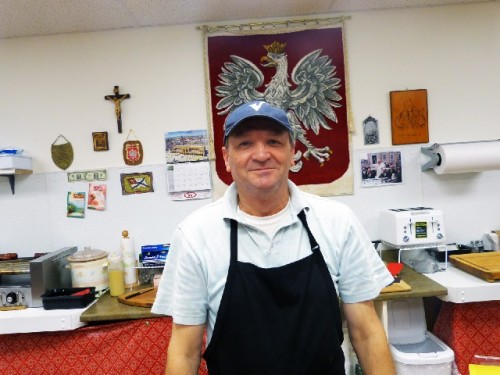 The sausages come from four mom and pop butchers in Brooklyn. 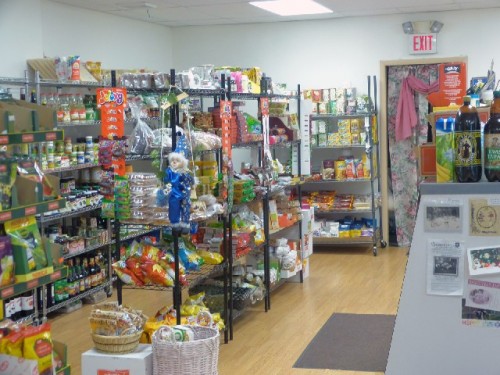 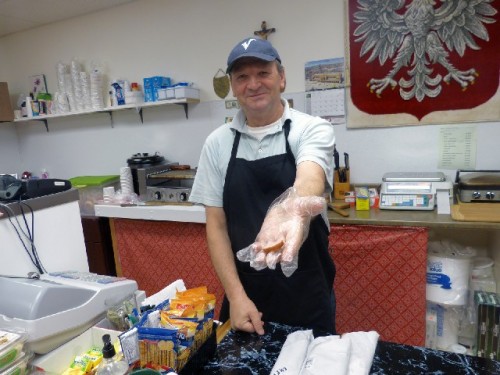 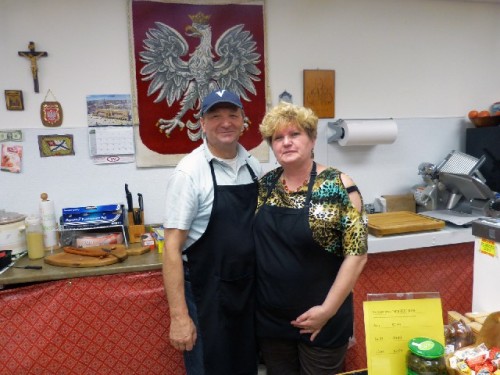 The better half of the business, Maria, agrees to pose.

In the old world manner Krzysztof "Kris" Sedowski sliced two pieces of sausage, one for himself, and the other handed to me to sample and taste.

It was my first visit to Maria’s European Delights at 146 North Street in Pittsfield. The reputation of the deli, its selection of Polish sausage, dense hearty breads, 20 varieties of pierogi, black and red caviar, several varieties of fish, including whitefish and smoked trout, cheeses from all over Europe, Canadian bacon and other delicacies had long preceded it.

We had sampled the sausage and other items during a brunch of the German group of the Berkshire International Club.

My friend Roman grew up on Lithuanian bread. We discussed a visit to Great Barrington to visit the store which, until its relocation, operated there for five years.

Each slice of sausage, Juniper, Cherry Smoked, Gypsy, Home Style, Black Forest, Hunters came with a story. Some were best to grill, others sliced for sandwiches or to snack. The prices ranged from $5.99 to $7.50 a pound.

Describing the Kabanosy, which comes in smaller as well as  drier and longer and thin, he said “I like to call this the Saturday night special. All you need is TV, a glass of beer or wine, a good woman and Kabanosy. It doesn’t get better than that.”

Kris, who moved to the United States in 1979 is a charming host and media savvy self promoter.

With a sweeping gesture around the deli he said "I call this nostalgia. It’s for people who are still missing food from the old country."

When I started to take pictures he immediately wanted to know what newspaper or online site I worked for. Smiling broadly he fixed his cap and was eager to pose.

Maria, who appears to wear the pants in the family, was not so media savvy. He insisted on calling on her to join him for a picture.

She posed, seemingly reluctantly, but was more intent on ringing up the bill.

“That will be $39.95” she said and then abruptly departed for a back room.

Kris continued to turn on the charm as we chatted about the business.

Although I purchased four different varieties of sausage and a loaf of bread he indicated that was enough for now although the sausage can easily be frozen.

“You want to keep it fresh in the back of the refrigerator which is colder for a week or so” he said.

“You live around here” he asked? I do. “So you will come back and try the other sausages. They come from Brooklyn. We buy from four butchers. Not big, more like mom and pop. The fresh bread we get every three days.”

He pointed out the freezer stocked with pierogis and the selection of smoked fish.

We’ll leave that for another time.

“Good. Much better than Great Barrington” he said.

“There must be more Polish people in Pittsfield than Great Barrington” I said.

“They’re all over” he replied. “And lots of Russians.”

They also serve soup and sandwiches. He described being really busy during lunch time. There are a few tables but most customers work in the area and take out.

“Call ahead” he said. “And I’ll make whatever you like.”

Will do next time I’m in Pittsfield.