Flashbacks to The Summer of Love 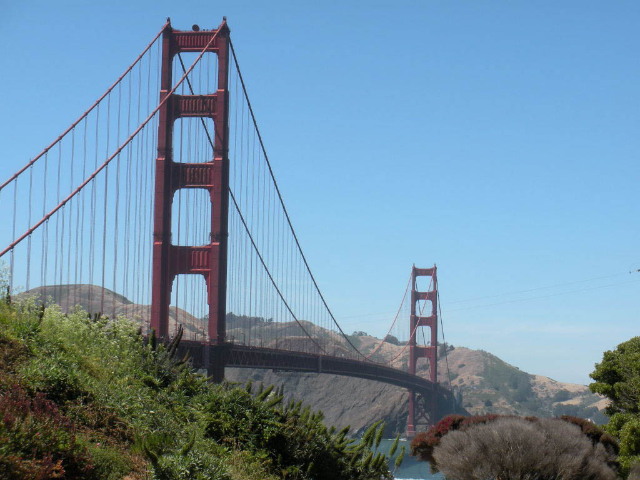 Golden Gate Bridge which they say couldn't be built. 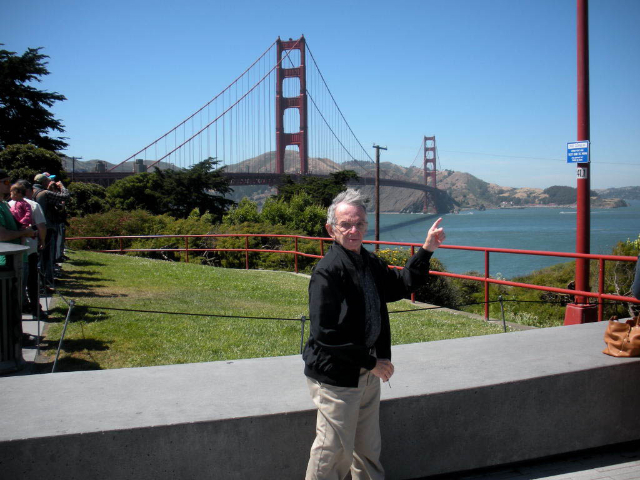 Gerry points to the famous span. 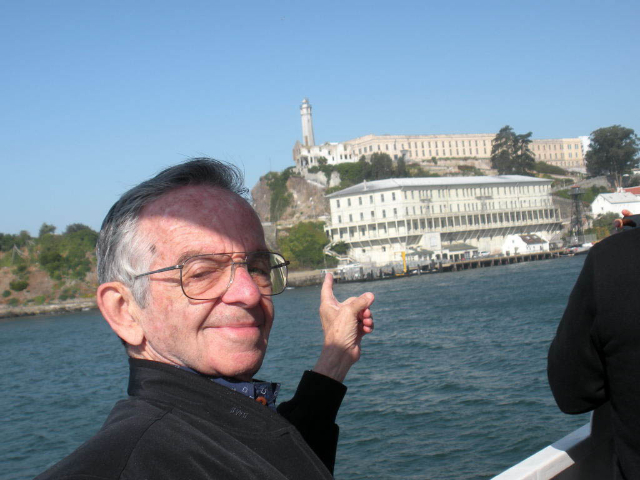 On the boat to Alcatraz. 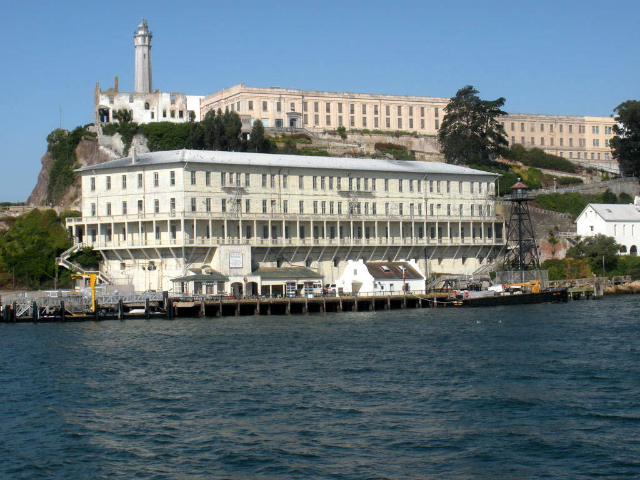 The Rock was hard time for the worst criminals. 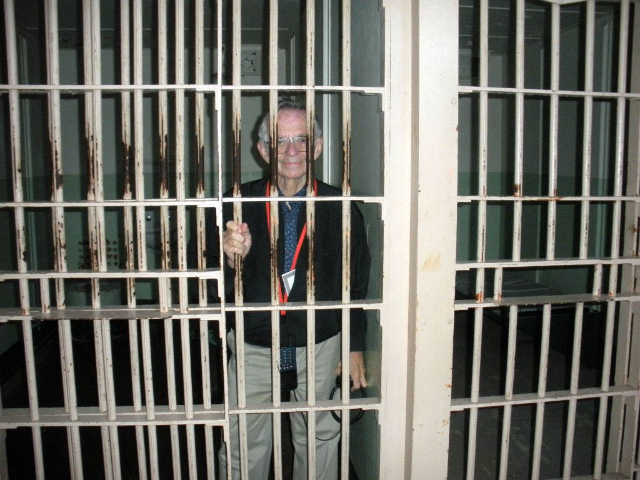 Gerry in the slammer.

Some of the most notorious inmates. 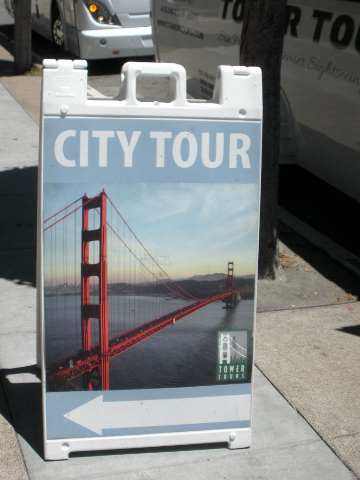 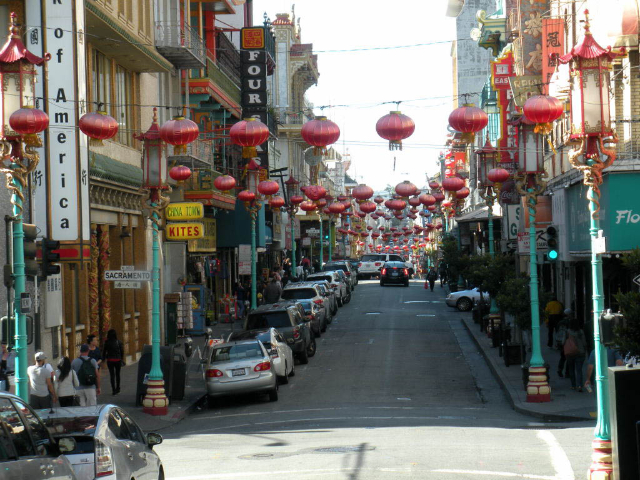 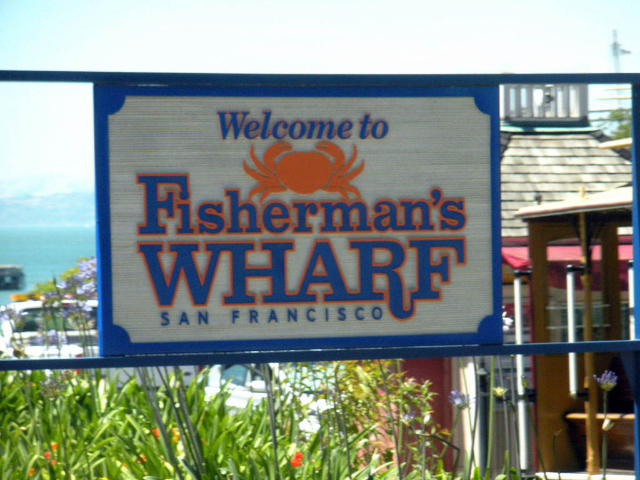 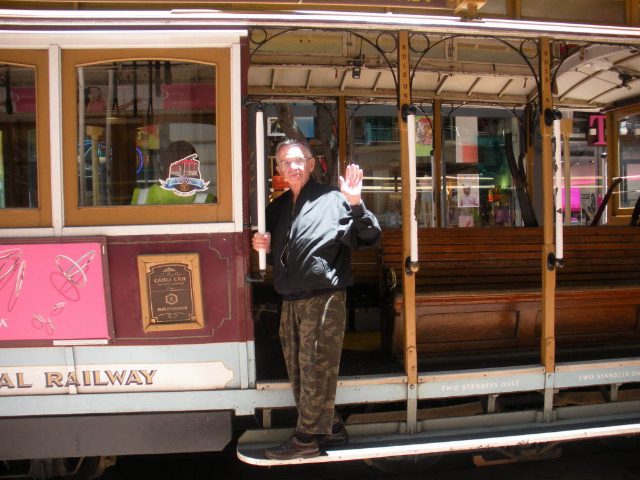 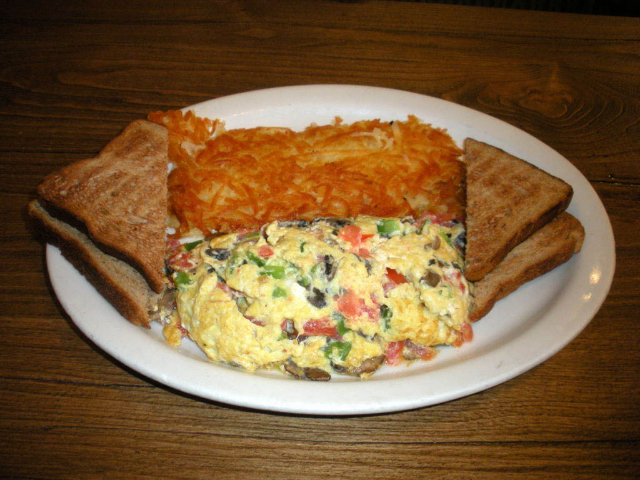 Thirty years ago, I left my heart in San Francisco. It was time to return and claim it.

We were back on familiar turf.

Everyone knows The Golden Gate Bridge which was once called the bridge that couldn't be built and is now considered the Seventh Wonder of the World.

How about touring Alcatraz prison with its legendary criminals?

The cable cars are considered National Historic Landmarks that conquer impossible inclines. There are  famous fogs and never leave San Francisco without enjoying a loaf of  tangy sourdough bread.

To have the San Francisco experience twice in a lifetime is just awesome.

The last time I visited San Francisco it was summertime which took me away from scorching Southern heat. However, this time in June good grief, there was a brutal heat wave, with the mercury topping a hundred in the shade. My wintry clothes never got unpacked.

As Mark Twain famously twanged "The coldest winter I ever spent was a summer in San Francisco."

Well, not this time folks.

One wanted to just chill with a cool lemonade but it was not to be. We were on a gallop all over town scrambling up and down those mountain goat hills. Which at our age is saying something.

We were in town for a conference and had to ramble to keep up with a busy schedule of sessions by day and theatre at night.

Union Square is the retail and cultural hub of San Francisco, boasting the city's largest collection of hotels, art galleries, salons and theaters. Union Square was built in 1850 and was the gathering sight for pro-union demonstrations on the eve of the Civil War.

Our hotel offered a Guide to Dining in the neighborhood which we used diligently. Many of our conference meals were provided other than breakfast. We discovered the Pinecrest Diner which served breakfast 24 hours (415-885-6407)/ This is where Gerry went at 6 am daily for a veggie omelet, hash browns and toast. Since I am not an early morning person, Gerry brought me back what he said was half his meal. I had Gerry take a picture of his breakfast because I couldn't believe how huge it was.

San Francisco marks 50 years since 1967's legendary Summer of Love. Zillions of kids flocked to town with flowers in their hair. They blended in with a then affordable  cultural revolution in the Haight-Ashbury District. The Summer of Love had an infectious spirit that was momentous.

Nowadays an apartment in that part of town goes for about $5,000 a month. Free love is more expensive than it used to be.

San Francisco has  become the hub of Technology. The boom has spiked the coast of living particularly for housing.  To celebrate the memory of The Summer of Love there are museum exhibits, film festivals, musical performances, panels and dance parties. And there are "Love Bus" Tours, bubble wands, psychedelic cocktails and tie-dye tote bags.

The world was a better place back then and Frisco was where to be.

One of the highlights of my trip  was a reunion with a travel writing friend of 30 years ago at North Beach Restaurant which is a San Francisco Tradition. For more than 45 years this restaurant was famous for its home-cured prosciutto and the freshest fish in the Bay area. (www.northbeachrestaurant.com )  415-392-1700.  My friend Pat said she frequented this restaurant practically from day one.

Sightseeing highlights included  Alcatraz which is one of the city's most popular attractions. It was a federal prison for criminals like Al Capone and George "Machine Gun " Kelly. Now the prison island is part of the 80,000 acre Golden Gate National Recreation Area. Alcatraz is located one-and-a- half miles from Fisherman's Wharf. A visit to the island includes a tour of the cell house (claustrophobic 9 x 5 feet cells), mess hall and library. Touring the island is at your own pace. The award-winning audio tour is available in many languages.

Alcatraz Cruises is the official ferry provider to Alcatraz and back. Please note that  cruises frequently sell out, so book in advance (www.alcatrazcruises.com)

There is also available a City Pass which offers 42% discounts for California Academy of Science, Blue and Gold Fleet Bay Cruise Adventure, Aquarium of the Bay, Exploratium and de Young Museum & Legion of Honor.  Check out www.citypass.com and the Convention & Visitors Bureau www.sftravel.com.

Now 50 years later there is no better time for lovers to visit this unique and fabulous city by the Bay.