Van, Van the Used Up Man 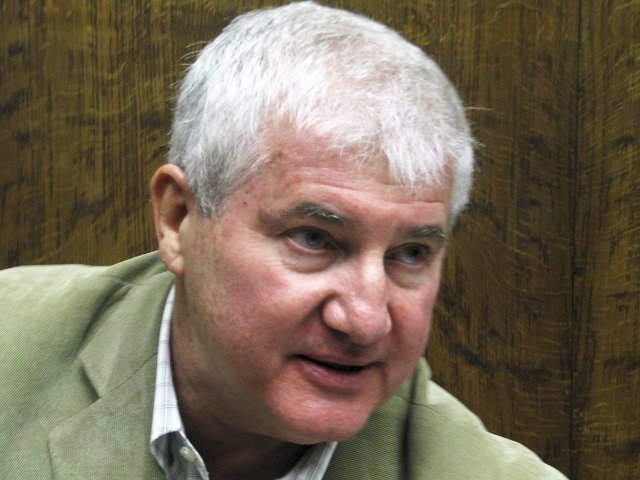 Now that the cow is out the Berkshire Museum, no doubt with much soul searching, has closed the barn door.

The leadership of Van Shields, who over seven years led them down the garden path of his widely challenged “New Vision,” has ended. A terse press release circulated by a museum, now regarded as a pariah in the field, offers no explanation.

(In  updated coverage the Berkshire Eagle reported that he has retired. Shields, as he has all along, declined to comment to the reporter when reached by phone.)

While Shields got what he and board chair Elisabeth McGraw wanted, the fire sale of its fine arts masterpieces, clearly he lacks the vision to execute his alleged “New Vision.”

With no established curator on site Shields let Sotheby’s ransack the top potential market makers in its collection.

His tenure will be praised for saving the museum from an inevitable endgame that he and McGraw were a partial cause of. In 2011 he inherited a museum in reasonably stable condition. Spending more than was taken in was a signifier of his lack of administrative, marketing and fundraising acumen.

Selling works from the permanent collection, evoking global condemnation, was arguably a Houdini move. Ultimately, Shields has proven to be a one trick pony.

As the volunteer firemen in Maine like to say “Your house burned down but we saved the cellar hole.”  He leaves a decimated permanent collection.

Under his guidance, and a lapse of its moral compass, the museum is now sitting on a pot of gold. It is ramping up for another sale of lesser works to reach a cap set by the Attorney General at some $53 million.

In addition to endowment, part of that cash cow will fund a controversial plan to gut the treasured Crane Room to create a clichéd soaring glass atrium. Our first look at plans and elevations was uninspiring. Perhaps the board has come around to rightly viewing them as amateurish and provincial.

Under new leadership they may take another look at the interactive, bells and whistles, gizmo installations that Shields “envisions.”

As a pariah museum it is being sanctioned by the Smithsonian and major American museums which will not loan to or work with them. A new director will have fences to mend.

Now shunned the Shields plan has been to draw on the museum’s vast, diverse and funky collection. Imaginative curators, yet to be hired, have a lot to work with in potentially rethinking and displaying its holdings.

The murky departure of Shields allows for a new broom to sweep clean and start fixing the mess. With Van out the door can McGraw be far behind?

Truth is that I don’t know Van Shields. He denied several requests for interviews some predating the plan to deaccession works from the collection. When things got toxic he refused all media requests for interviews. PR hired hands and McGraw generally spoke for him. A part of the past year he was on medical leave. It was speculated that he would not return but did for what proved to be a few lame duck months.

He now departs under a cloud. It will be interesting to see the extent of his golden parachute. He was paid $138,571 a year as of the close of the museum's 2017 fiscal year, according to its tax filing with the IRS. What’s it worth to cut him loose from all the bad karma? Will his departure be a significant step in a vital healing process?

All of which reminds me of the election of 1840. Slogans of candidate William Henry Harrison targeted the incumbent. “Martin Van (Buren) a ruined man…Van, Van he’s a used up man.” There’s a familiar ring to that.

Shields joined the Berkshire Museum in September 2011 aiming to increase its relevance to the community and ensure the Museum became financially sustainable. Among other accomplishments during his tenure, the Museum increased its programming based on interdisciplinary interpretation, launched the WeeMuse early childhood education program, and expanded its educational services to area schools, more than doubling the number of student experiences delivered each year since he arrived. Shields played a key role in fundraising for improvements to the Museum including securing the largest government grant and largest foundation gift in the Museum’s history. Working with his colleagues and the Museum’s Board of Trustees, he played a key leadership role in developing the museum’s master plan announced in July of 2017

Dr. David Ellis brings more than 30 years of experience to the Berkshire Museum, specifically in planning, organizational development, board relations/governance, fundraising and administration/operations. He served as President of the Museum of Science from 1990 to 2002. He has served as Interim President of the Boston Children’s Museum, and Interim Executive Director of the Harvard Museum of Natural History. He served as a member of the Board of Directors of American Alliance of Museums (AAM) and the Board of Advisors for the MIT Museum.

The Museum's Board and staff are grateful for Van's leadership and vision, and wish him well in his retirement.