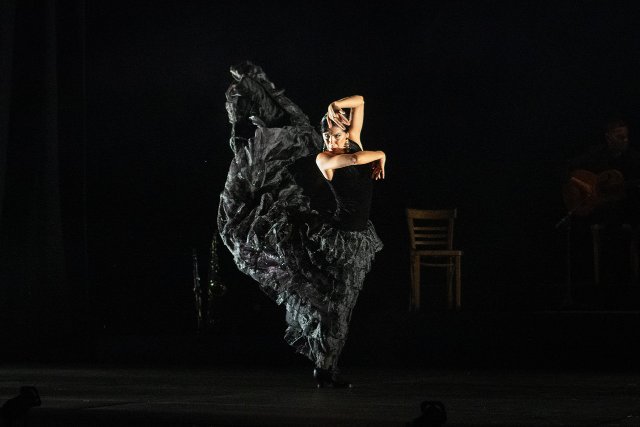 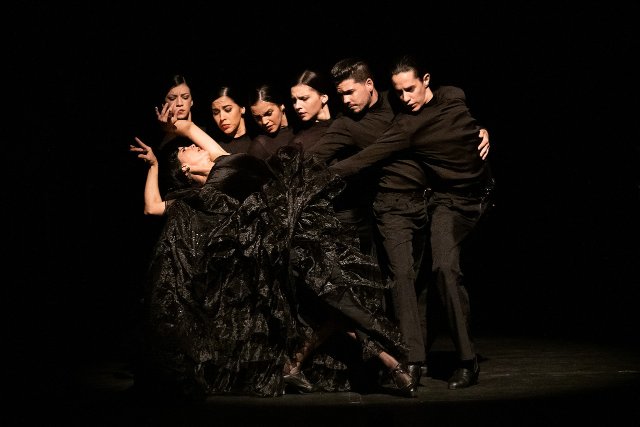 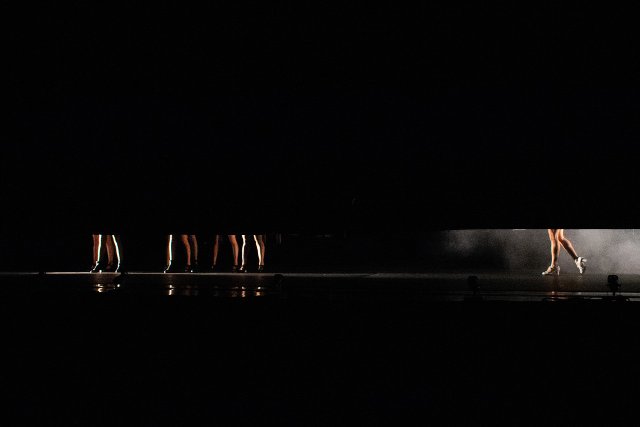 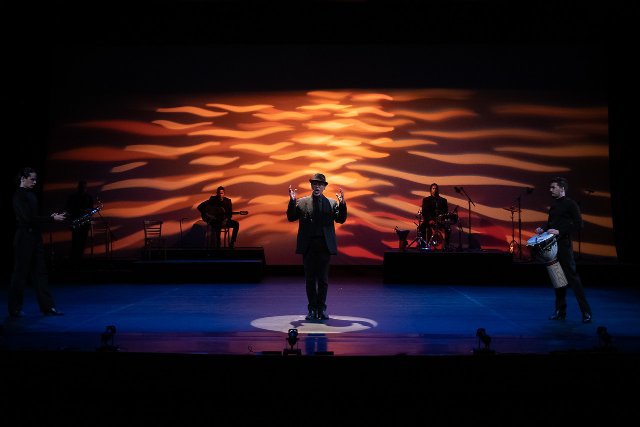 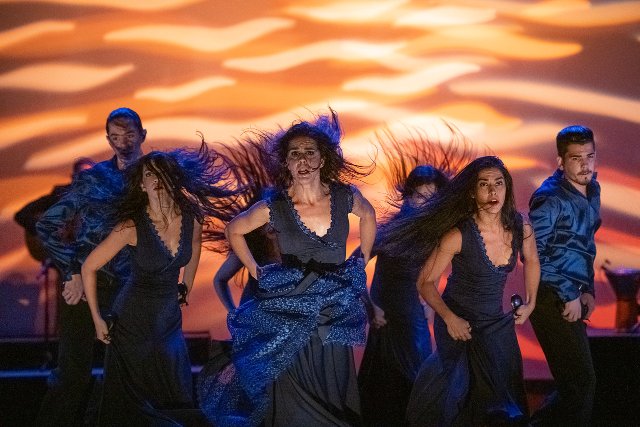 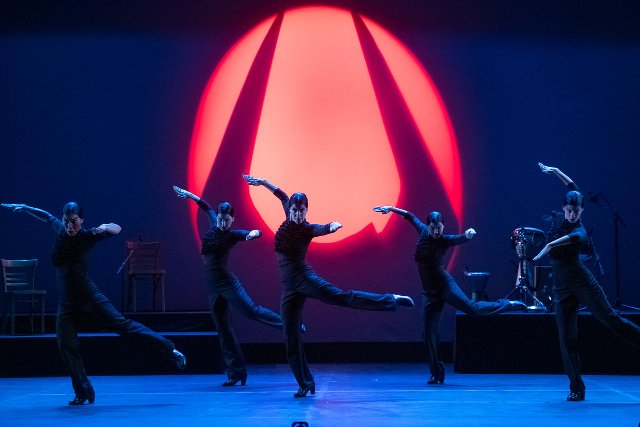 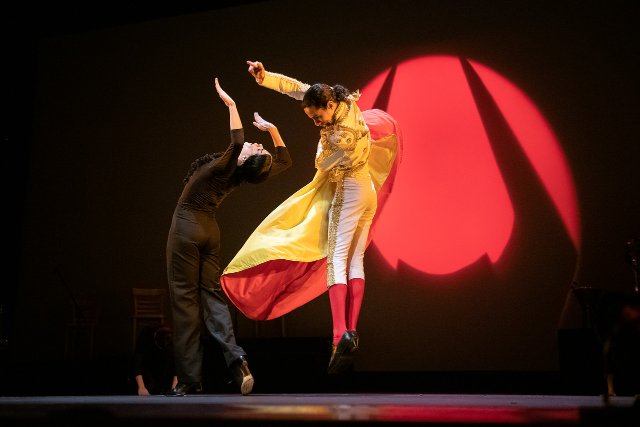 Flamenco, the indigenous, improvised dance tradition of Spain’s Andalusia region is the primary resource for Cuba’s Compania Irene Rodriguez. It is signified in percussive footwork. The dance evolved from descendants of Moors who remained after Islam was expelled from Spain in 1492.

The term gypsy evolved from the medieval word for Egyptians. It was a generic term for invaders. That began in 711 AD when an African army, under Tariq ibn-Ziyad, crossed the Strait of Gibraltar from northern Africa and invaded the Iberian peninsula 'Andalus' (Spain under the Visigoths).

The music and dance of flamenco is to Spain what jazz and blues are to African Americans. It can be as simple and informal as an individual or couple getting a feeling in a bar or café. There is passion and sexual tension. Performers inspire and challenge each other.

Typically, performers dance for each other rather than an audience. We experienced that on a Sunday night in an all but deserted Andalusian supper club. On a night off dancers came to celebrate together. The intensity and sense of competition was palpable. It was equivalent to sitting in on a jam session of jazz musicians.

As an improvised art form every performance of flamenco is unique. It is inspired by how dancers or musicians feel on that particular night.

That’s the immediate difference from what Irene Rodriguez brings to her choreographed companie. Taking basic flamenco moves and feeling she layers over that other influences from Afro/Cuban music and dance. Her approach evolves from vernacular to a concert stage. Elements are transformed  through her extensive experience in ballet and modern dance.

These elements equated to a spectacularly varied and charismatic program. The audience totally engaged particularly during virtuoso solo encores. She pushed herself to and beyond limits of human endurance.

A very different evening of dance was immediately apparent. El Mito is inspired by Plato’s Allegory of the Cave. The main curtain parted revealing a second one. It was raised just above the knees of bare legged female dancers.

White shoes differentiated Rodriguez from the company in black ones. These “shadows” formed many configurations including ones in which the white shoes were elevated and briefly disappeared. The piece was brief, witty and intricate.

There was a spotlight shining down the aisle. From behind we heard the powerful, wavering, Moorish-inflected singing of Andres Correa. Individuals twisted in their seats to view the remarkable singer as he slowly and dramatically made his way to the stage. He brought compelling authenticity to the flamenco tradition. Next to Rodriguez, he was the most seasoned and accomplished of a young and emerging company.

In the traditional manner, the musicians including guitar and percussion, formed a line at the back of the stage. When not singing Correa clapped in time with the rhythm. An unusual addition to the instruments was Joel Ramirez on tenor sax and clarinet. He played in the textured, guttural, overblowing, dissonant manner of John Coltrane. While incongruous to flamenco, his sax greatly enhanced the dance. Ramirez also played clarinet.

Through a program of nine short selections there was a range of narratives. Shifts of mood were largely accented with costume changes. For La Pena Negra Rodriguez appeared in a spectacular traditional dress which she designed with Jesus Villalonga. Female dancers demonstrate ability to manipulate an enormous train. This entails complex moves. She took this to another level by elaborately interacting with the other women.

The greatest impact of the company and its departure from tradition comes in complex grouping. The most elaborate piece Encierro is based on the running of the bulls in the streets of Pamplona. In black pants and ruffled shirts the women use their arms as horns to simulate raging bulls. In a version of a suit of lights Yohan Garcia takes on the role of the torero. There is a stunning twist in his fight with Rodriguez.

Each piece brought new energy and emotion. A new work El Grito is based on the iconic Edvard Much painting “The Scream.” Rodriguez, through excruciating facial gestures, evoked her acting experience. An uncredited backdrop conveyed the energized swirling lines of Munch. Through them he depicted how the anguished scream resonated through nature.

The young company was primarily confined to supporting roles. An exception was a new work A Contra Tiempo. The male dancers Yohan Garcia and Josue Rondon faced each other across a waist high table. In a competitive manner they beat out a rhythm on its top. This morphed into a lively, machismo inflected, exchange of dance. It was a nice change of pace.

The exhausting solos of Rodriguez, in a manner unreognized by audience, breached flamenco traditions. From classical ballet she briefly performed en pointe. It was shocking to see that. There was extensive use of her fringed shawl. With many swirls and variations it reminded me of Loie Fuller's early 20th century Parisian fan dance.

After extended solo encores the audience demanded the return of the dancers. This time they were seen in vignettes. There was a charming moment when even guitarist Reynier Liorente was pushed self consciously into the sptlight. Even the tech drew was dragged on stage for a bow.

The audience left fully satisfied. We expect to see more of this remarkable company in years to come.