Dog and Pony at Old Globe 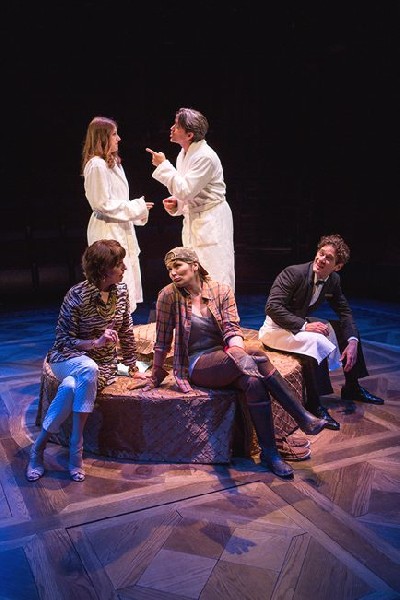 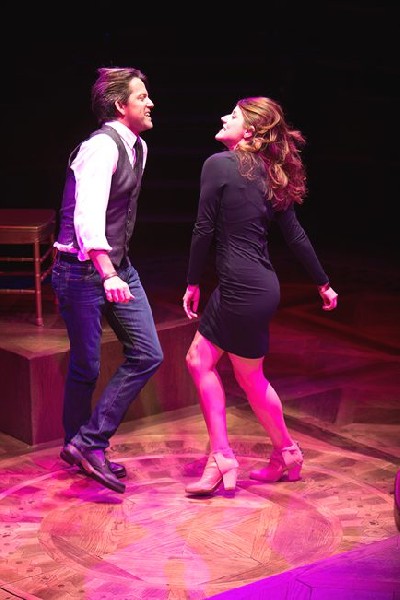 Musicals are usually the barometer of what the younger adult set likes when it comes to telling a story to which they can relate.  There have been many wonderfully produced musicals over the last several years, but the young adult audience demographic really took off after “Spring Awakening”.

The musical theatre scene definitely has been moving into another somewhat edgier gear. “Avenue Q”, “The Book of Mormon”, and Neil Patrick Harris’s 2014 Tony win for Best Actor in a musical “Hedwig and the Angry Inch”, confirms that younger playwrights, composer’s and lyricists are better positioned to reach this inevitable Regional theatre demographic than their legendary predecessors.  It should be noted, however, the 2014 Tony for Best Musical went to “A Gentleman’s Guide to Love and Murder”, a more or less traditional book musical that saw first light on the stage of San Diego’s Old Globe.

“Dog and Pony” now pleasing audiences at the White Theatre stage, is written by Rick Elice and composer Michael Patrick Walker – both award winning artists.  Elice for “Jersey Boys” and “Peter and the Starcatcher”, and Walker for his musical “Altar Boyz”.  Both have the good fortune to have their show directed by stage, screen, and TV star Roger Rees. Also the company is blessed with a stellar cast that includes: Heidi Blickenstaff as Jane/Bonnie; Beth Leavel as Rhoda/Doris; Eric William Morris as The Host, Jeff and Joe; Nicole Parker as Mags; and Jon Patrick Walker as Andy.

The wobbly story that Elice and Walker have fashioned comes from a meeting the two had discussing the idea of a workplace romantic comedy.  In an interview with Old Globe Literary Manager and Dramaturg Danielle Mages Amato, Elice and Walker talk about work-spouse kinds of relationships – “these very intimate, very intense, all-consuming relationships between men and women that become somehow more intimate than the relationships that they have in their “real lives” (the full interview is available in Performances magazine) was the starting point for a modern-day musical that should appeal to the 25 to 40 age demographic.  It’s an intriguing premise.

We’ve all been thrown together to work closely with a colleague at one time or another.  A young 27 year-old teacher sitting next to me confessed, at the intermission, that she was witnessing her working life taking place on the stage.  Priceless comments like that are music to theatrical producer’s ears. No doubt, that co-worker will be at a performance sometime during the run. One still can’t beat word of mouth as the best form of publicity.

This particular musical-yarn about working screenwriters Mags and Andy, however, is a tad long on dialogue and somewhat short on plot and back-story.  Elice really never explores their working relationship.  Nor do we see or hear them “working” like listening in on brain-storming sessions on their current project, which appears to be on writers-block hold.  Yet the lyrics to one song references how Mags made Andy a better writer when he sings, in another flash-back sequence “she made me better”.  Andy is a shameless taker and user while Mags prefers the martyr-for-love-role in their relationship. Besides, Andy is already married to Jane.  If we have to rely on vain and self-absorbed Andy for veracity, the play is on shaky ground.  Frankly, it’s hard to pull for either of the characters.

If I had to make a choice it would be for Mags to dump Andy and move on in her career with another writing partner.  Yes, I know Americans love happy endings as in “Mags and Andy finally realize they love each other and get married.  End of play”.  The truth to that scenario is they would probably get divorced within one year.  Show biz is a tough and demanding gig and they have already invested 13 years in their writing partnership which appears to be running out of ideas for new projects, so any marriage plans wouldn’t necessarily work.

The good news is that each cast member has their moment to shine with Heidi Blickenstaff as Jane and Bonnie, nabbing some the best lines in her hippie-like, laid-back, Bonnie character that is chock full of malapropisms.  The wonderful Beth Leavel who plays Mom to both Mags and Andy is spot on. I still remember her and Adam Heller as the co-writing team in the Globe’s “Dancing in the Dark” production in 2008.  It’s also important to note that all of the performers boast wonderful voices and give their numbers extra oomph under the baton of Music Director Adam Wachter.  Nicole Parker, in particular has an appealing quality as Maggs with her gifted soprano range.

In the technical department led by Director Rees, Scenic Designer Kris Stone provides maximum stage space for the performers who do their stuff in the round at the 250-seat Sheryl and Harvey White Theatre.