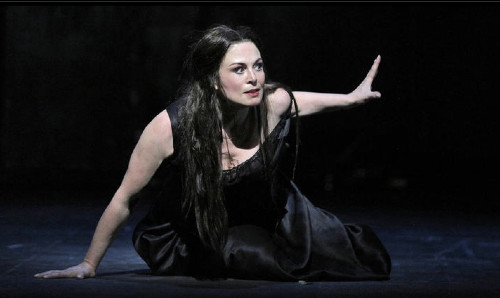 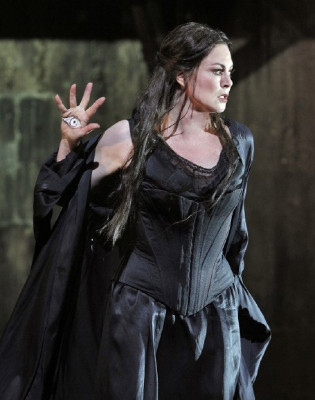 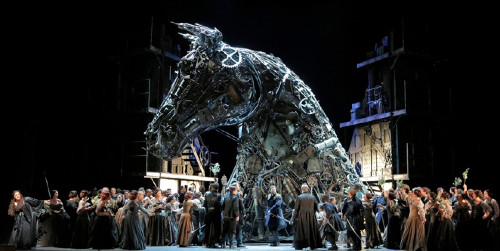 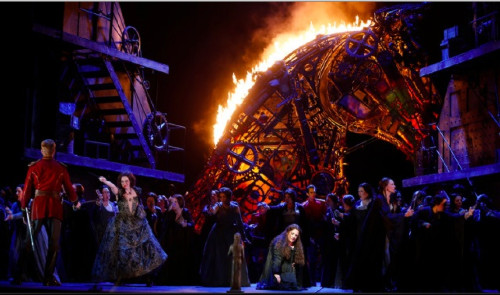 The fire department was on hand for every performance. 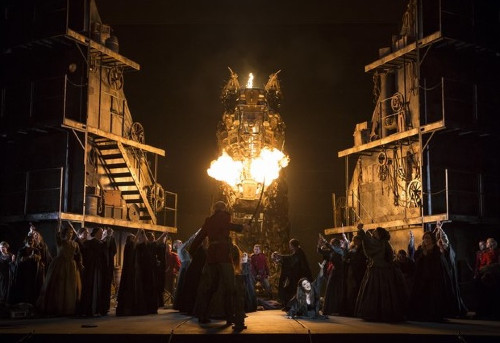 Multi-teared housing rose above the stage. 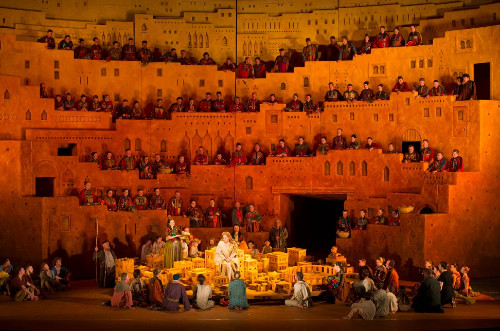 Susan Graham, a Queen in charge of her people 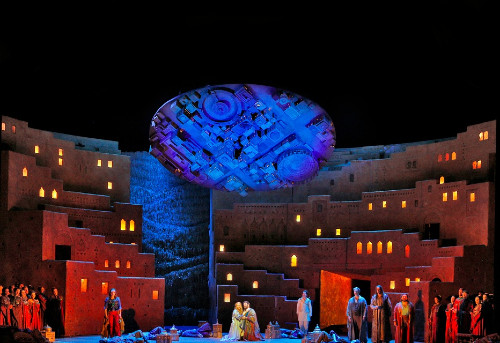 Building in Carthage abandoned by the Queen in love. 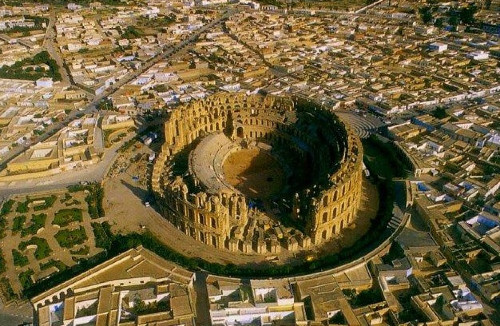 Remnants of the Carthage Coliseum 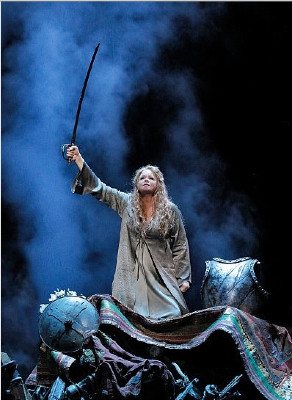 Hector Berlioz’ crowning achievement was Les Troyens, a spacious and powerful retelling of the Aeneid. The San Francisco production by David McVicar is spectacular. This includes the suicide of the Trojan women, the vision of Rome, and the bodiless horse, huge, ominous and machine-beautiful.

Why does this glorious, big opera hit the heart so hard? In part because the music is as various and multi-melodied as French perfume. More importantly, the leading ladies, Anna Caterina Antonacci and Susan Graham are just as outsized. Yet they are also intimately moving.

Cassandra dominates the first two acts. Anna Caterina Antonacci captured her aggressive and hysterical message.  She slithered like the snake who supposedly whispered in her ear, but did not sound as though Apollo had spit in her throat (he reportedly consigned to her truth by doing this).

Her superb instrument is deployed to make us feel for the truth-teller who is fated not to be believed. The loving gesture of Chorebus, sung with great gentleness by Brian Mulligan, can not assuage this woman who is cursed by truth and unable to communicate her insights.

The long black panels of her dress flying with her two sidelocks swaying, her arms extended, hands desperately splayed, Antonacci is a marvel of a princess damned by her vision. Knowledge has made it impossible for her to have any personal pleasure. Only when she persuades the Trojan women to commit suicide with her does she succeed in conveying her wisdom to other humans.

Antonacci is an electrifying performer with a voice that note after note enchants. She invests the music with madness; a velvety warm color in the low range, and a top of coppery-edged lyricism. Yet tonal beauty always yields to emotional impact. She is convincing and intensely dramatic.

Troy is the war-torn setting for the first and second acts.

In the third act, we move to Carthage, tropical and lethargic by comparison. Intoxicated with passion, the scene changes from harbor to garden in the slit mid-stage.

Susan Graham is majestic and passionate as Queen Dido. Dido was for Berlioz the representation of everything a woman could be: Beautiful, courageous, wise, generous, inspiring, compassionate, and passionate. The outcome of Dido’s passion is agonizing to watch. Graham draws us in with her rich, yet shining tones. The competent, kindly Queen loses all to love. She draws us into her descent.

Dance both evoked the emotion of the scene, advanced the story, and provided on stage entertainment for the royals.  Dance is often absorbed into the scene and an active part of the plot including the distribution of rewards and the chasse royale, in which pantomime is also subtly employed.

The chorus is a wonderful character in the prayer to the gods, Carthage’s national anthem, and the funeral ceremony.

The costumes were exotic throughout, and can hardly have been less splendid than those designed by Gustav Flaubert for Berlioz.   Historical accuracy and local color make human predicaments more vivid.   Antique musical instruments, the use of a Trojan scale was invented for the wailing women.

The use of colorful combinations of instruments- piccolo, flute and English horn in the Nubian dance-are combined with antique cymbals, tarbuka, and violins in unison. The long, flexible melodic lines, subtly varied poetic expression in rhythm and timbre, all of these are Berlioz deployed in this drama. Grandeur without illusion, the seeds of destruction lying in wait inside and outside man, life lived fully in the hands of inevitable fate and the shadow of doom, Berlioz had read in the Aeneid. Now he would take the great poem and make it into opera.

The love duets of Dido and Aeneas are made more intense by the contrasting textures of Graham and Brian Hymel's voices.  Hymel rises in the exalted music of Aeneas as he sings farewell to Dido.

What an evening of opera with music, sets, the powerful chorus and orchestra and the special voices of each of the principals.  Les Troyens in San Francisco is grandly irresistible.