The Taylors James and Swift at Tanglewood 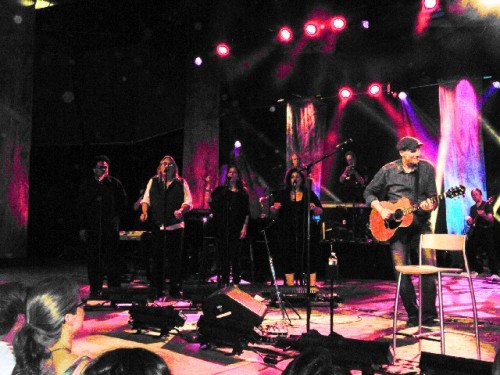 James Taylor and band in Lenox. 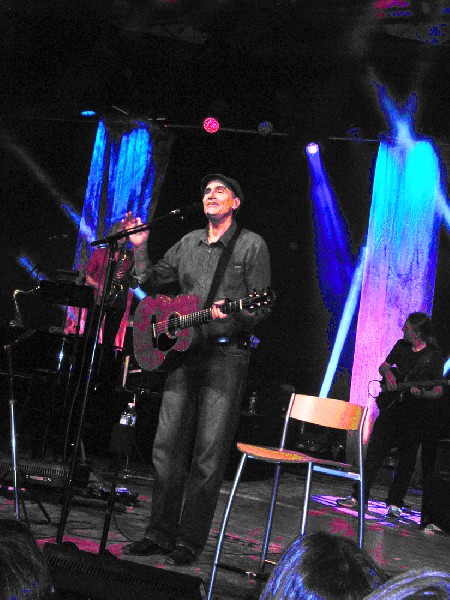 An annual Fourth of July picnic. 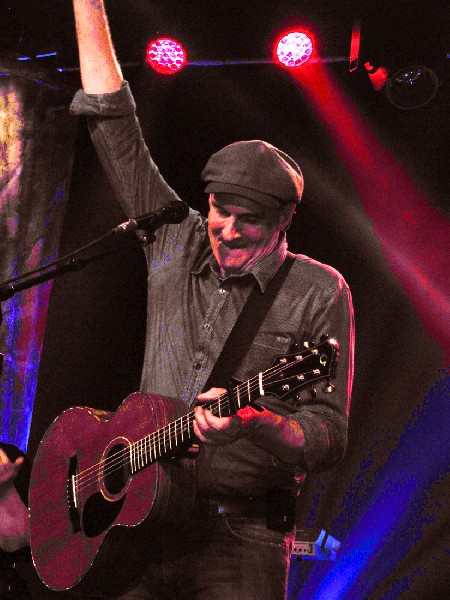 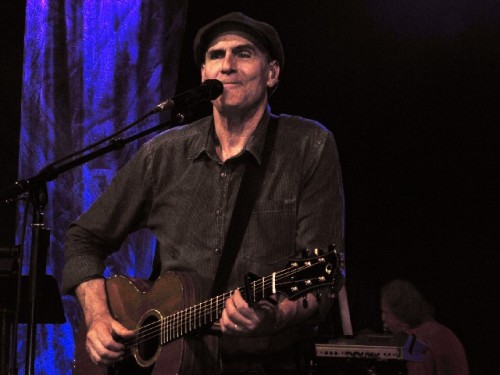 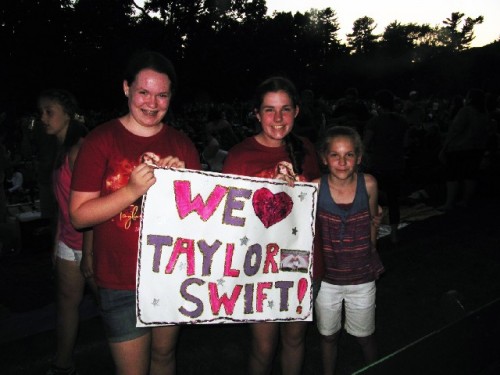 A children’s crusade of fans were there for Taylor Swift. 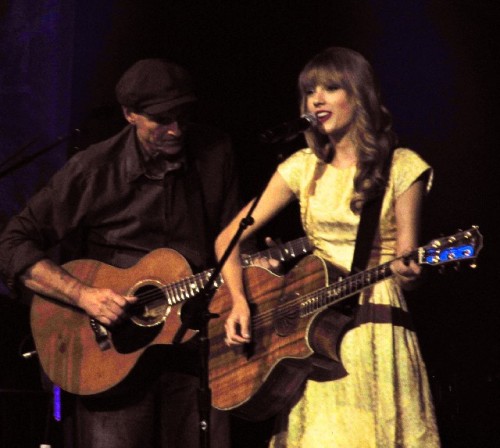 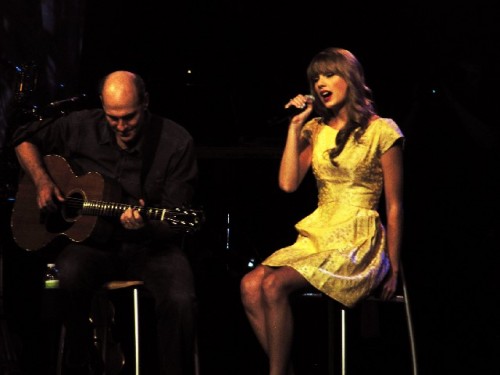 A duet of Taylor's iconic Fire and Rain. 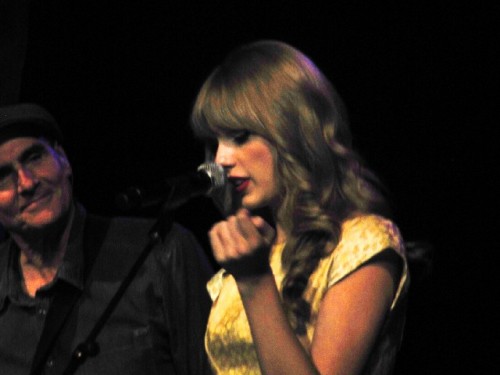 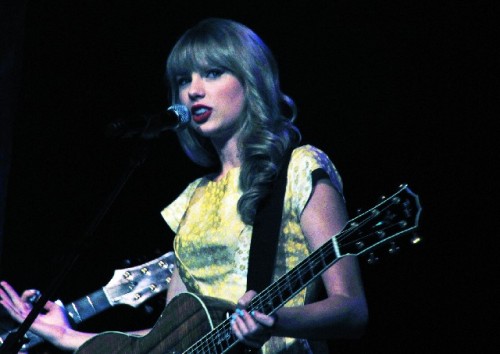 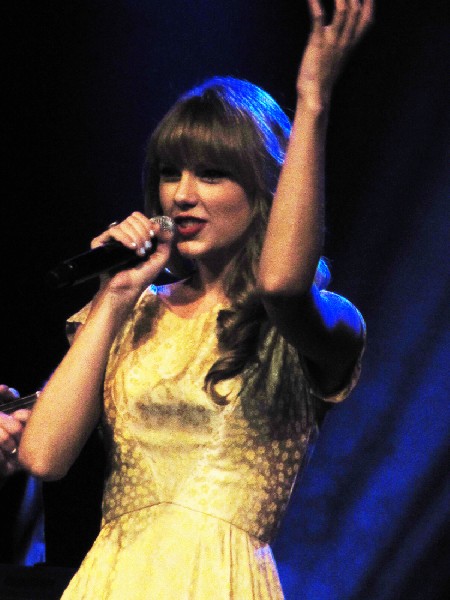 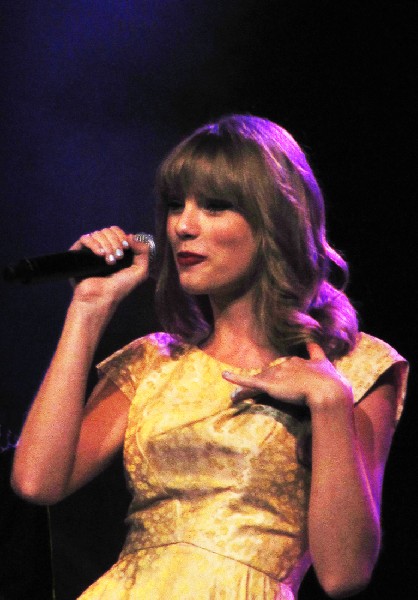 Just 17 when she wrote Love Story. 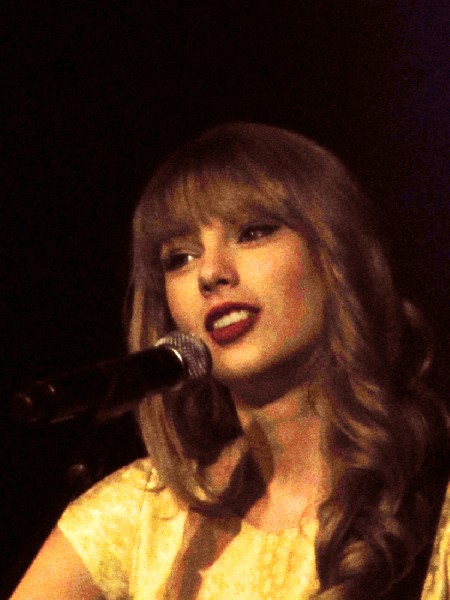 A close encounter at Tanglewood.

We used to say “Knee high by the Fourth of July.”

Here in the Berkshires on the 4th it’s more like “James Taylor at Tanglewood.”

A troika of concerts that continues tonight and tomorrow was launched last night with a surprise special guest, the 23-year-old, fresh and perky, pop star Taylor Swift. She was oh so pretty, cute and ebullient in a yellow summer frock.

Never quite made official it was hardly a closely guarded secret as there was a children’s crusade of female teenieboppers, some with hand made “We Love You Taylor Swift” signs among the sold out audience in the Shed and way, way, back on the Lawn.

In every other sense it was the usual well crafted performance of Berkshire neighbor James Taylor and his stellar band with four backup singers. For encores his wife Kim joined him on stage.

In the annals of Pop music JT is an enduring phenomenon.

Back in the days when he still had hair, in the 1960s, he was a hot and sexy singer/ songwriter. Most of the rock stars of his generation, some still with long hair and glam, after endless stints of rehab, have faded into oblivion, tour as dino-rockers, or judges on American Idol.

Balladeers prove to be more durable than hard rockers.

Taylor is frank in revealing to audiences the mental and emotional struggles of his youth and early career. One of the songs he performed last night “Hey Mister, That’s Me on the Jukebox” touched on the ambivalence of early fame and its pressures. “That’s me complaining about success” he commented with the charming self reflection that has become a signature of his late career.

It is that anecdotal touch woven through two sets of icons from the American Songbook that make him so personal and intimate with audiences even when it reaches the 14,000 plus of a Tanglewood sell out.

While the set list is mostly constructed on the same hit songs- “Country Road” “Mexico” “Sweet Baby James” “Fire and Rain” ‘Shower the Ones You Love With Love”  some Motown covers and a song by his good friend Carole King “You’ve Got a Friend”- the audience returns year after year for its fix of a JT Love Fest.

Now in its 75th Year JT has become as much a Tanglewood staple as Beethoven and Mahler.

In the early years Taylor was a reserved, self conscious performer. He let the lyrics of remarkably poignant songs like “Fire and Rain” speak for his emotional turmoil. He often informs Berkshire audiences that it was written during a period spent just up the road at Austen Riggs.

I first saw him perform at a Cambridge bar shortly after the release of his first album on the Beatles’ Apple records. That release contains some of his most enduring classics. After the set I approached him for an interview. He was polite but said that he had to leave to make curfew at McClean’s.

That album was amazing. I just loved it and wore out the grooves. I was shocked when my colleague at Boston After Dark (later the Boston Phoenix) Ken Emerson trashed it. Rarely has a really perceptive critic been so terribly wrong.

That summer in Arlo Guthrie’s room in the Viking Hotel, with my friend Rick Robbins who knew Arlo, I listened as they rehearsed “Country Road.” Arlo was a headliner at the Newport Folk Festival and he introduced the audience to Taylor.

The rest, as they say, is history.

The Taylor we see today is confident, grounded and in full command of an audience. There is a perfect sense of space, timing and emotional intensity as he constructs a set. Generally, he starts with low key ballads then gradually, in the second set, ratchets up the volume to bring an audience to its feet with a segment of barn burners.

Woven in are anecdotes that put songs in context providing the links and segues of a performance. Always with a generous introduction and thumbnail of all of the musicians and singers that tour with him. It’s an awesome band with stunning range and nuance.

Of the ballads the less frequently performed “The Frozen Man” was particularly engaging. The back story is intriguing but not entirely clear. There was a reference to a Taylor family member who perished in an Arctic expedition which got locked in ice. “It was a long time ago and I’ve gotten over it” he said.

During “Sweet Baby James” the audience roared its approval of the familiar line about taking the highway “From Stockbridge to Boston.” It underscores that all those years ago he was a visitor in the Berkshires where now he is  a resident.

At the end of the first set he brought out Taylor Swift to join him for a national anthem of troubled youth “Fire and Rain.”

When she returned in the second set she performed a scorcher with a similar theme, written self confined to her room at just 17, “Love Story.” They also performed “Ours.”

Compared to past guests like Carole King and Sheryl Crow the performance of Swift was more of a teaser than collaboration. While she basked radiantly in the frenzied adulation of her young fans it was more of a sidebar than an integral part of the program.

While King and Crow are peers Swift was more like a daughter or granddaughter.

Significantly, during encores Swift did not return as is the norm on these occasions. Taylor informed a disappointed audience that she had to leave to make it to another engagement.

While Taylor and his mates gobbled up the night air with encore after encore Swift left us hungry. Big time.

Toward the end of the show Taylor sang “Come on Up” which was an invitation for the audience to swarm the aisles and rush the stage. Looking about at the mass of bodies pressing close to the stage I reveled in seeing thousands joining a sing along of “You’ve Got a Friend.”

Tonight and tomorrow are sold out. But wait till next year. And buy your tickets early.