The Ancient Dance of Gauchos 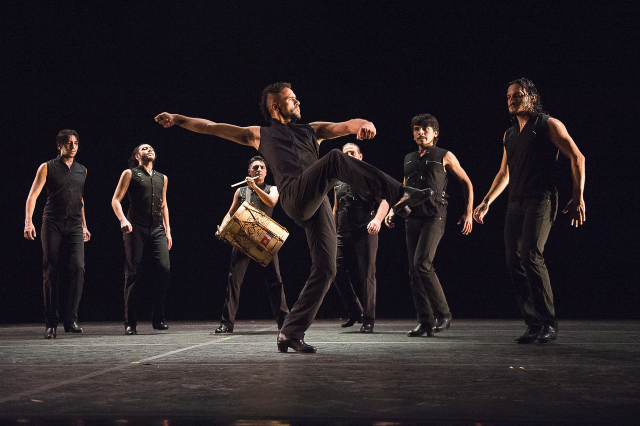 Che Malambo photos courtesy of the company and Jacob's Pillow. 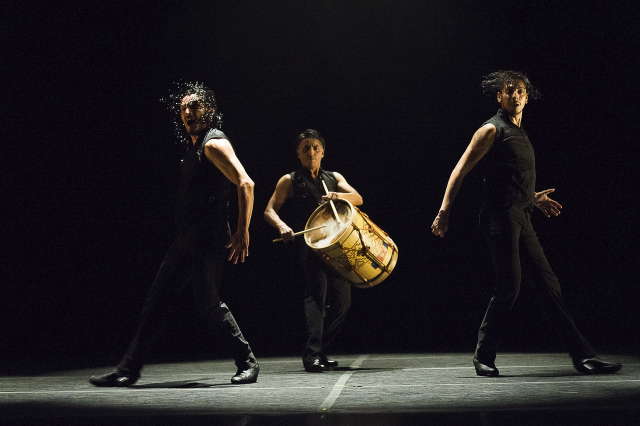 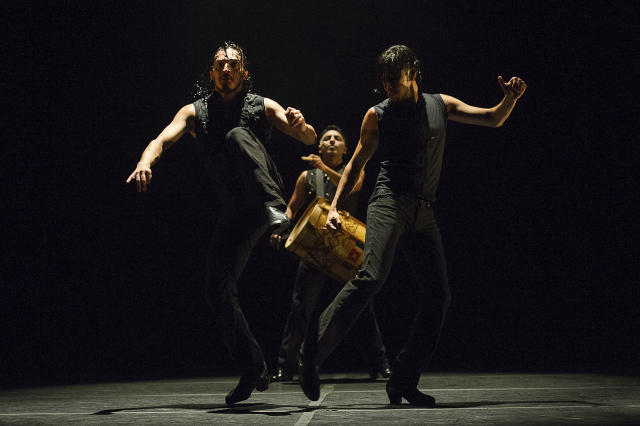 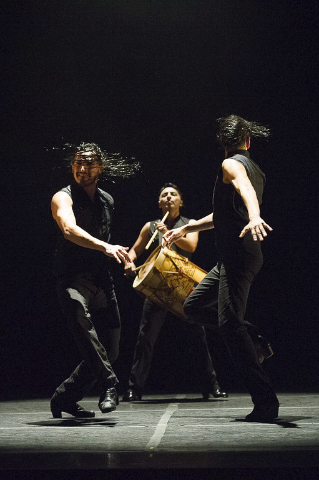 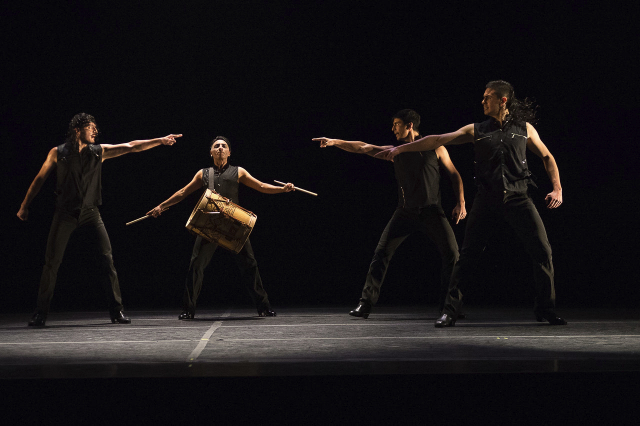 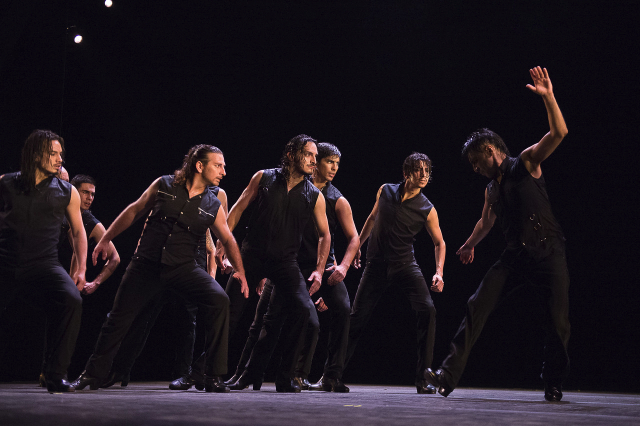 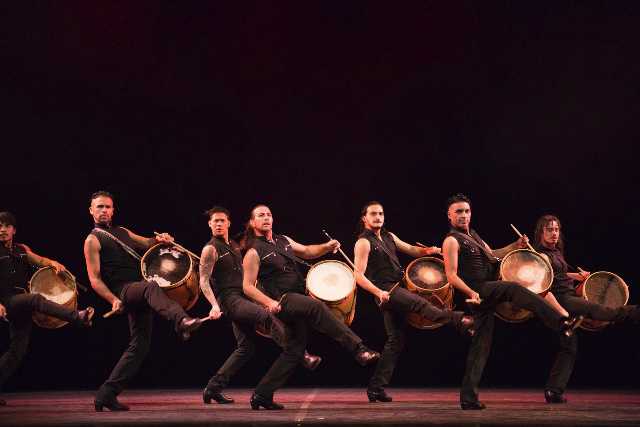 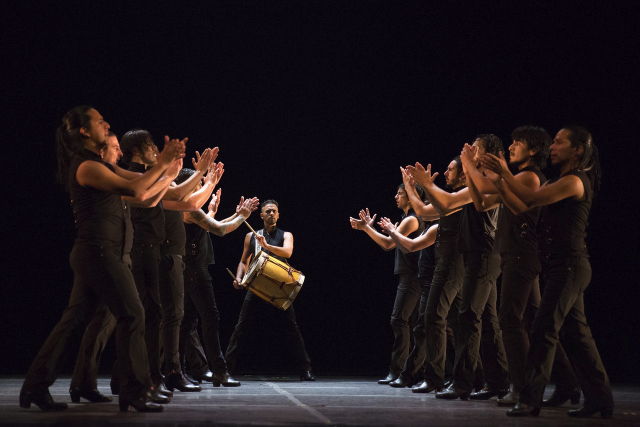 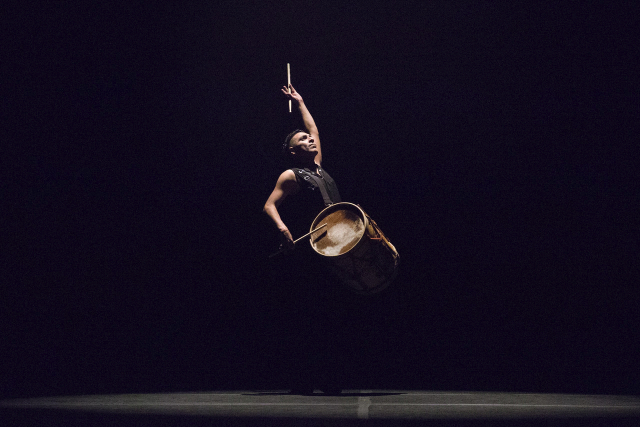 Malambo is a form of indigenous folk dance that developed in Argentina in the 17th century.

While its zapateo, or intense staccato sounding footwork, readily recalls the machismo and emotional intensity of Flamenco or Irish step dancing, this ravishing tradition of dance was an astonishing surprise to the audience at Jacob’s Pillow.

The classically trained dancer and choreographer, Gilles Brinas, abandoned performing in Europe to find, train and promote a company of 17 men based in Argentina. There was a premiere in Paris in 2007 with a brief U.S. tour in 2013. In 2015 they were featured in opening night of the annual New York City Center’s series Fall for Dance.

This past week they performed for the first time in Becket.

Like the current season, the last assembled by Ella Baff,  the festival has continually sought out global and ethnic as well as established companies. There is often a sense of adventure and surprise in the programming.

There was immediate and sustained applause for each and every segment of the two act evening. This included sanguine response to all aspects of  the program  from stunning solos to challenges between testosterone charged males and complex ensemble works.

We were first encountered by the full company with two rows in a riot of percussion from the playing of single drums (bombos) suspended from their necks. Playing with sticks the segment was tightly controlled with perfect synchronicity.

The base level of skills in percussion, dancing or the use of twirling boleadoros was  astonishing in its consistency.

None of the performers, other than working with Brinas, are formally trained in dance or percussion. Rather they were selected as among the most gifted of the many who learned this form of traditional dance and rhythm from their family and neighbors.

While touted as an art form of the gauchos, or Argentine cowboys, the program notes that when not on tour they revert back to lives as construction workers, plumbers, drivers and school teachers.

During intermission we overheard a patron quipping that his plumber can’t dance like that.

Not only do the performers seem to have other lives we were also curious about their ethnicity as Argentines. There appeared to be a range of height, complexion and body type. There were several smaller, darker men with the features of mistos or Latin Americans of primarily non European heritage. There was a taller, stockier man of Anglo heritage. The program states that Argentina has the fifth largest population of Irish people.

These diverse threads have been drawn together to form the fabric and tapestry of dance and rhythm.

From the initial ensemble groupings there was a pealing off to feature the most gifted drum and dance soloists. Each of these displays of astonishing skill were met with thunderous applause.

A trope, that we also find in Flamenco, was the constant challenge and defiance of competing males. The difference in Spanish dance is that the tension often occurs between the sexes. Here it is confined to ersatz alpha males.

There appears to be no romance in Malambo. Uniquely it is a dance form in which women do not appear to be a factor. Perhaps that signifies the melancholy lonely life of a gaucho on the pampas. Little wonder that they consume so much red meat.

In the first part of the program, which seemed overly long, there was a sense of repetition. The contestant challenge and resultant exhausting exchanges became too much of a good thing.

The concern for Brinas is to find variety and invention to sustain interest through an evening. There is the sense that a return of this troupe would entail more of the same.

There were shifts rarely and briefly. In one segment the men performed barefoot which is also a traditional style. It had less impact than the thundering footwork with boots.

There were also brief interludes when guitar accompanied singing with a resultant change of the mood of the dance. We would  welcome more shifts of pace.

Too often the paradigm entailed watching an individual worked into a lather of exertion and ever more elaborate moves followed by a crowd enducing but repetitious climax.

It was the equivalent of Ole in Flamenco. But that often comes first and deservedly from other performers and not from  a dancer milking responses from the audience.

The second act, however, did not prove to be a carbon copy of the first. It was punctuated by the ensemble as well as individuals working with the boleadoras.

These are throwing weapons or devices used by gauchos in their work with controlling herds of cattle. It is a length of intertwined cord with a rock weighting its punishing end. With explosive percussion the rocks were slammed on the floor.

They whirled these weapons with blurring intensity. Combined with lighting this created moiré halos around the performers. Yet again individuals were featured working themselves into lathers of exhaustion to the delight and astonishment of the audience.

Through this remarkable company we have added another dimension to our understanding of the range of global dance.