Splendor, Myth, and Vision: Nudes From the Prado 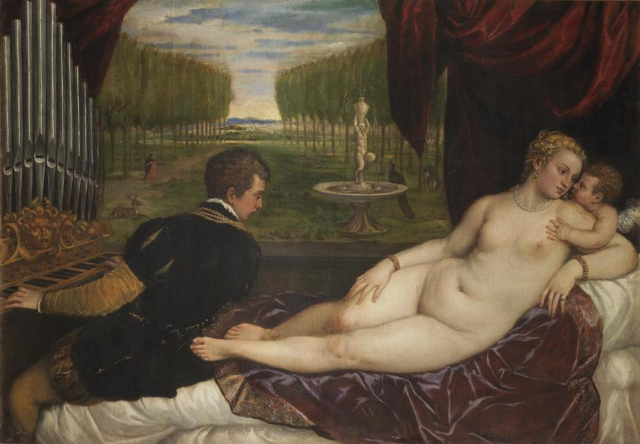 “Venus with Organist and Cupid,’ by Titian (1550-55), oil on canvas. Photo: courtesy of the Clark Art Museum and Museo Nacional del Prado. 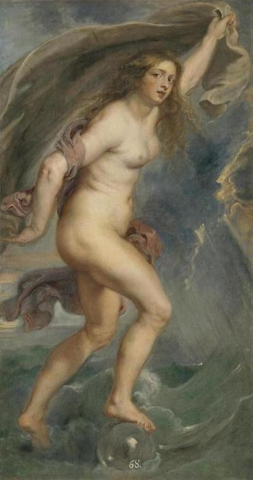 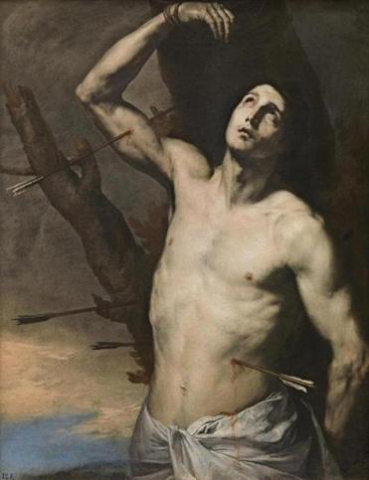 St. Sebastian by Jusepe de Ribera. Courtesy of the Clark and Prado. 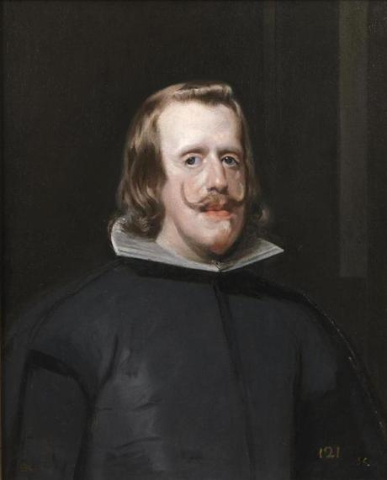 Philip IV by Diego Velazquez. Courtesy of the Clark and Prado.

While the Clark Art Institute was closed for construction it organized a global tour. In 2010-11 there was a blockbuster show of 31 works by Renoir from the Clark at the Museo Nacional del Prado in Madrid.

In the quid pro quo of museum trades, through October 10, the Williamstown museum is hosting “Splendor, Myth, and Vision: Nudes From the Prado.” This includes 28 paintings by primarily Italian, Flemish, and Spanish masters of the 16th and 17th centuries.

Last summer it was difficult to park because of the throng of visitors for the blockbuster exhibition of fifty works in Van Gogh and Nature.

The marketing strategy for the current exhibition was the theme of the nude. Many of the works are being seen in America for the first time.

During a recent Free Day this year  there was a relatively light turnout of some 800. Compare that to 4,000 plus for a similar event last summer. Attendance peaked at about 6,500 per day particularly as the exhibition neared its end date.

We visited recently around noon and found relatively sparse traffic through the special exhibition galleries. It was a glorious day and we enjoyed tea next to the reflecting pool on the terrace.

There was a concern last year that the Clark had underestimated the potential visitation figures. The turn out this season, for which facilities are adequate, may prove to be the norm moving forward.

Beyond a few superb works the panorama of flesh proves to be oddly enervating.

The archaic Greek Kouros figures of nude athletic youth created the paradigm of male beauty that prevails even today. The Kore or female ideal, however, changes constantly.

This disparity is evident in the exhibition. The women depicted in mythological works inspired by Ut Pictura Poesis are corpulent by contemporary standards. The male figures, from images of Hercules to the martyr St. Sebastian, are easier on the eye.

In conservative Catholic Spain with its Inquisition the monarchs assembled collections with great depth in nudes by Titian, Rubens and other Renaissance and Baroque masters.

Entering the exhibition flanking a superb female standing figure “Fortuna” by Peter Paul Rubens are portraits of the Spanish monarchs Philip II (1527-1598) by Titian and Philip IV (1605-1665) by Diego Velazquez. The sensitive and absorbing portraits are among the gems of the exhibition.

Philip II inherited a passion for works by Titian from his father The Holy Roman Emperor Charles V (1550-1556).

The Titian portrait of the young monarch is formal and detailed in rendering the costume. Of the two images that of Velazquez, depicting an older man, is more harrowing and psychologically charged. The king is presented in  simple black clothing and there is a more bravura Baroque manner with impressionistic brush work.

The Spanish kings commissioned works by Titian, including the spectacular portrait of Charles V on horseback with ceremonial armor and holding a lance. It is not in this exhibition.

By contrast Velazquez was the court painter to the royal family and creating a range of portraits, including the seminal "Las Meninas," was among his official duties.

His portrait of  Philip IV is one of many he painted but it is more informal and readily reflects the intimacy he had with his sitter.

Indeed there is a melancholy in the features of this Hapsburg ruler. It is a curiosity of royalty that he was more Austrian, at least genetically, than Spanish. There is the signature lantern jaw and notorious overbite. The Hapsburgs were afflicted with the hereditary disease of hemophilia.

The intervening Philip III (1578-1621) removed nudes from prominent view and contemplated having them destroyed. They survived but were sequestered in Sala Reservada. This prevailed during the early years of the Prado Museum.

Even under a Bourbon king it was bold and risky for Goya to paint two versions of his alleged mistress "La maja desnuda" (1797-1800) and in the same pose clothed. This was particularly iconoclastic as she was a real woman and not a goddess or allegory. Goya was fortunate to escape the wrath of the Inquisition.

The second gallery, an alcove, displays the masterpiece “Venus with an Organist and Cupid” (c. 1550-55). It is one of five works that Titian created of this theme.

The Venetian master perfected the technique of layers of glaze over brighter underpainting. This allowed for the luminosity of flesh. In the manner of the time the goddess is full figured and dimpled. By our standards she is overly abundant in hips and abdomen while the breasts are modest. Her face, however, is ravishingly exquisite.

A string of pearls notes that she emerged from the sea in a giant scallop shell. Other iconic references include a satyr fountain and strolling lovers. The musician playing an organ turns and gazes directly at her genitalia. She, however, is distracted by cupid.

Rubens, as a frequent traveler, was an ersatz ambassador. He visited the Spanish court in 1603-04 and returned in 1628-29. He was commissioned for 60 works based on Ovid’s "Metamorphoses."

He made copies of the many Titians. In this exhibition is a stunning and fairly exact rendering of the Gardner Museum’s “Rape of Europa.” It is fascinating to study the copy and how closely it adheres to the original.

There are several other operatic and melodramatic works by Rubens. Perhaps the most interesting work is “Landscape with Cupid and Psyche.” Notes in the superbly scholarly catalogue inform us that he “improved” on a painting by the Flemish artist Paul Bril. To a classical landscape he added a nude Psyche visited by Jupiter in the form of an eagle. The Flemish artist had painted the ascetic St. Jerome in the wilderness. Surely this is a more sexy upgrade.

Most of the works in the show are pedestrian. There are, however, surprises including a reductive, soft and moody “Lot and His Daughters” by Francesco Furini. This is an artist previously unknown to me. The stark, almost minimalist treatment of subject matter heightens its emotional impact. The work of this Italian Baroque artist is even more reductive than Caravaggio’s. It anticipates the sensibility  of the Pre Raphaelite artists

The single French picture “Bacchic Scene” by Poussin was atypical and fascinating. From a distance it lured me closer. There was an aha moment when I read the surprising label.

While the dominant experience of this selection from the Prado was an excess of the female form there were a number of more somber images of male nudes.

Several works depicted either Hercules or St. Sebastian. From the High Renaissance on the subject prevailed because of the exotic and very pictorial manner of his martyrdom by arrows. When the executioners are included they are shown with cumbersome cross bows and not the English long bow of the archers of Agincourt.

The punchline of the St. Sebastian story is that like Lazarus he came back from death. He was nursed to health by St. Irene in a lovely version by the French Baroque painter Georges de la Tour.

Alas there was not a happy ending as he was later clubbed to death.

Between now and October enjoy the rare opportunity to view a masterpiece by Titian and some other paintings.

Another version of this review has been posted to Boston's Arts Fuse.