The Ten CD Set To Be Released On July 17th 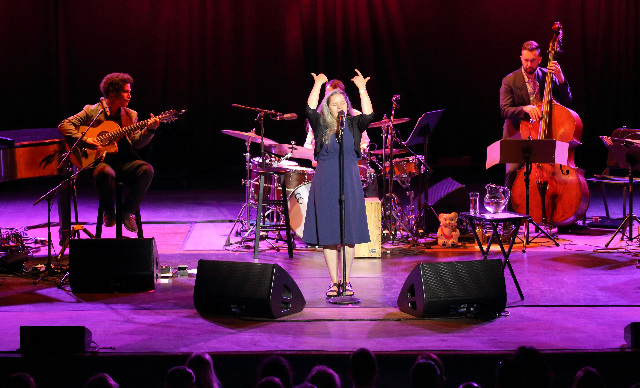 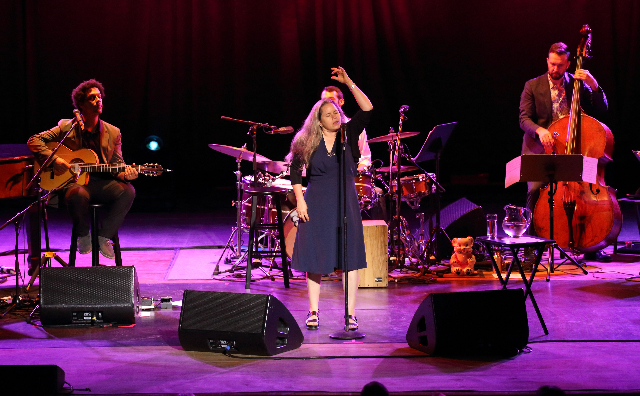 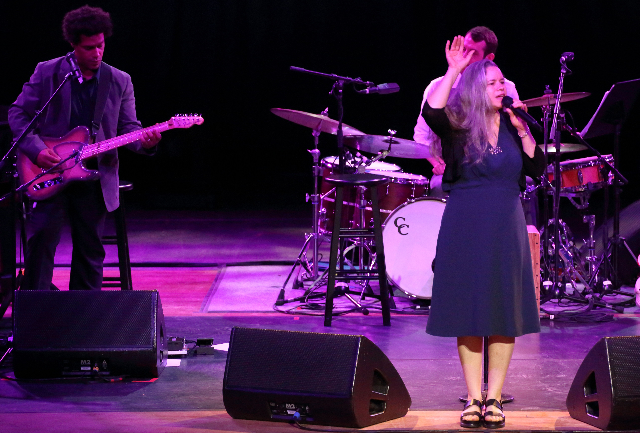 Dancing around the stage, rolling and bobbing her silver mane, Natalie Merchant portrays an artist that lives in her own world.

After a long stint as the iconic singer for the band, 10,000 Maniacs, Natalie Merchant departed the rock 'n' roll world for of her own, somewhat Dylanesque, somewhat Leonard Cohen, somewhat folksy, somewhat a mix of the voices that sing in our heads.

Singing to a nearly packed audience inside Koussevitzky Hall at Tanglewood, Merchant chanted her songs to a mesmerized audience that were in the palm of her hand for the nearly three hour concert.

She is a performer who has set her path since her 1995 debut, solo album. Her voice now, in-between songs, is her love and concern for America at its present political state. She loves the environment, animals and supports issues that affect our well being.

It is apparent that Merchant is connected to the audience, their concerns and emotions.

Her physicality is obvious-whether she talks to the audience, sings, or does her unique style of flamenco dance, the audience is captivated and emotionally attached. Witnessing this phenomenon is impressive.

Her devoted audience bought five million copies of Tigerlily in 1995 and through several conversations with concert goers, they await the release of The Natalie Merchant Collection on July 17th. The 10 CD set is sure to debut in the Top Ten at its release.

The spellbound audience swayed as they heard selected  songs from her career. "Ophelia" got the audience on their feet as Merchant conducted the band. Her career has evolved into one of activism using music as her platform.