On View in Two Chicago Exhibitions 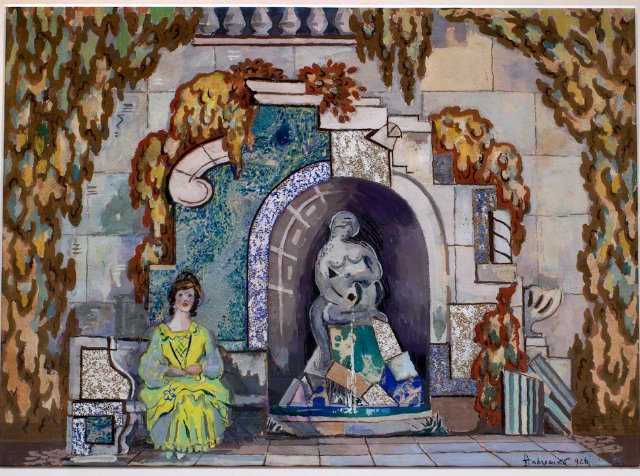 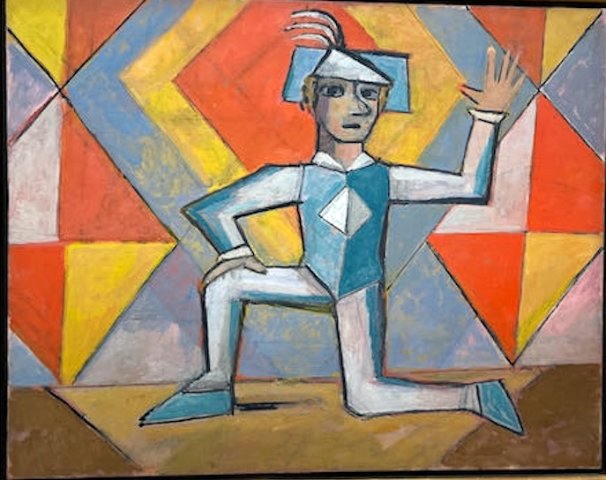 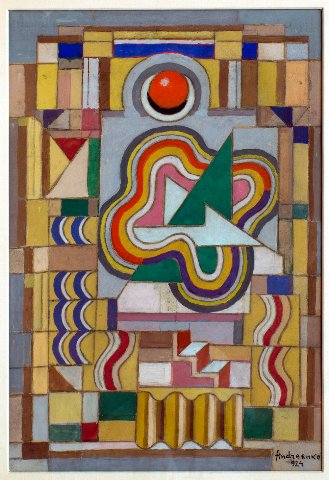 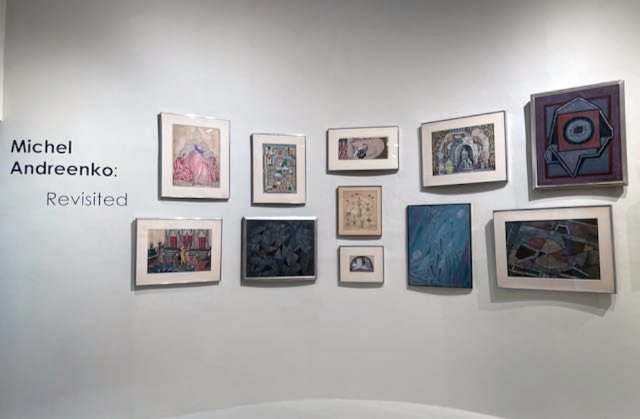 The work of Michel Andreenko, a Ukrainian émigré modernist painter and stage designer, is featured in two exhibits at the Ukrainian Institute of Modern Art. The main exhibit in the West Gallery—Michel Andreenko: Revisited—is a career survey, almost a retrospective, of the artist’s work from the 1920s through the 1970s. The parallel exhibit—Michel Andreenko and Ukrainian Artists in Paris—focuses on the work of Andreenko and his fellow artists who moved to Paris to escape Russia. The exhibits, postponed for two years due to the pandemic, are curated by Adrienne Kochman, UIMA curator.

Andreenko, born in 1984, left Ukraine (then part of Soviet Russia) in 1921 and moved to Romania and then to Prague; in 1923 he arrived in Paris as a refugee and lived there until his death in 1982. (Also known as Mykhailo Andriienko-Nechytailo, he used Michel Andreenko, the French adaptation of his name, throughout his career.) Andreenko, like other artists from Eastern Europe, settled in Montparnasse on the Left Bank, where rents were cheap and neighborhood café owners allowed artists to pay their bills with artwork. Some 40,000 artists lived in Montparnasse in the 1920s.

The work in the Revisited exhibit—paintings and drawings (including many stage designs), sketches and archival documents—are from the Drs. Alexandra and Andrew Ilkiw collection. With about 350 pieces, their collection is the largest in the United States; Andreenko told the Ilkiws that he wanted his art to be held by Ukrainians so that it would be beyond Soviet reach. Some of his works were destroyed in 1952 when Russian officials removed 728 works from the Lviv National Museum because they were “incompatible with Soviet ideology.”

The works in the Revisited gallery are displayed around the four walls and a set of movable walls. The museum provides a printed handout that identifies each work, along with size, date and medium. The works are arranged more or less chronologically; some are undated but are arranged thematically in accordance with the style in which Andreenko was working at the time.

Andreenko had many theater commissions, such as a 1922 set for the opera Jan Hus in Prague and the unidentified collage example shown above. He was fascinated with geometric forms and abstraction, which were characteristic of Cubism, Expressionism and the growing Bauhaus movement of the time. His 1924 painting, Composition, is an example.

Early in his Paris stay, his extensive art training enabled him to find work as an art restorer as well as a stage decorator for theater, ballet and film. After 1927, he devoted himself to painting in several stylistic directions. One example, the 1931 painting Still Life With Clock, is reminiscent of the work of early surrealist Giorgio De Chirico.

Andreenko painted a number of variations on the harlequin, such as the undated Personnage, shown here. He believed the harlequin was a subject that every artist should undertake at least once; as the catalog says, he saw it as a “testament to the artist’s role in life as a romantic hero who never quite fits in to the world around them yet moves forward filled with hope.” Later Andreenko moved toward naturalism and realism but turned again to abstraction in the 1950s. The layout of the Revisited exhibit takes us through those stylistic changes in his career.

The exhibit in the East Gallery displays selections by his Ukrainian peers, artists that he would have met over the course of his 60 years as a refugee in Paris. These pieces, drawn from UIMA’s permanent collection, include work by Alexis Gritchenko, Sophia Zarytska [Omelchenko], Severn Borachok, Mykola Hlushchenko and others. The exhibit reveals the idiosyncratic and individualized styles of these artists, many of whom were displaced by battles in Russia and Eastern Europe during WWII.

The two exhibits featuring Andreenko and his fellow Parisian artists continues at the Ukrainian Institute of Modern Art, 2320 W. Chicago Ave., through September 25. The institute is open 12-4pm Wednesday-Sunday. Admission is $5 and donations are appreciated. Docent-led tours can be booked here.

You might be interested in a little history of this well-designed and thoughtfully curated neighborhood museum—especially at this time of our concern for Ukraine. The museum, founded in 1971 to promote the art of Ukrainian émigrés and Ukrainian-Americans, was originally located in a three-story brownstone near its present location. As I wrote in a 2013 feature, “the institute has a striking modernist façade that stands out among the century-old storefronts, many of them now businesses owned by eastern European entrepreneurs. The building, created from four storefronts, was designed by noted Chicago architect Stanley Tigerman, and opened in 1978. The foyer and exhibit space were renovated in 2006.” The museum offers a schedule of exhibitions, musical and literary events, films and gallery talks.