A Thousand Clowns in Pittsfield 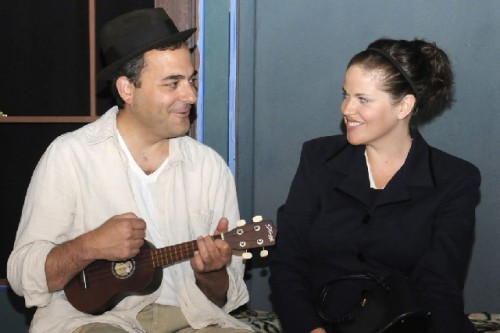 New Stage Theatre Company is pleased to announce its latest production A Thousand Clowns by Herb Gardner.  The show will open July 15 and run through August 1st, Thursdays through Saturdays at 7:30 P.M. and Sundays at 4 P.M.

A Thousand Clowns is the hilarious and touching Tony Award winning play that was later adapted into an Academy Award winning film starring Jason Robards. It is the story of an unemployed television writer trying to adapt his cantankerous worldview in order to find work and retain custody of his 12-year-old nephew.

As pertinent today as it was when it premiered in 1962, A Thousand Clowns stars Bill Shein as Murray Burns, the sardonic writer trying to get his life in order.  Shein, who’s syndicated humorous newspaper column “Reason Gone Mad” appears locally in the Berkshire Eagle, was last seen on stage at BTF's Unicorn Theatre and the Berkshire Fringe Festival.  He will recreate the delightfully eccentric role of Murray.

Clover Bell-Devaney will play opposite Shein in the role of Sandy.  Bell-Devaney has worked extensively, both in New York and regionally, and her credits include Actors Theatre of Louisville, Hartford Stage, Playwrights Horizons and Berkshire Theatre Festival.

The rest of the cast includes Kale Browne, who was most recently seen in Joan Ackermann's Staying Afloat ; Jim Beaudin, who has appeared at National Shakespeare Company, Chester Theatre and Ensemble Studio Theatre; Andrew Joffe, who was in NEW STAGE’s recent production of The Dock Brief and at Mixed Company in April in Paris and newcomer fourteen year-old Christian Pickwell from Dalton.

A Thousand Clowns marks the return of director John Valente to the live theatre. Valente began his career as a stage manager, director and theater administrator in regional theatre. That led to a long career in daytime television a producer and executive producer before moving to the Berkshires in 1998.  He is currently the General Manager of both the Triplex Cinema and The Beacon in Pittsfield.

NEW STAGE is located on the second floor of The Beacon at 55 North St. in Pittsfield, MA. Tickets are $20 dollars. For more information or reservations, call the box office, 413 418 0999, order online from http://www.thebeaconcinema.com  or visit our website, http://wwwnewstageperformingarts.org