Rembrandt at the Frick 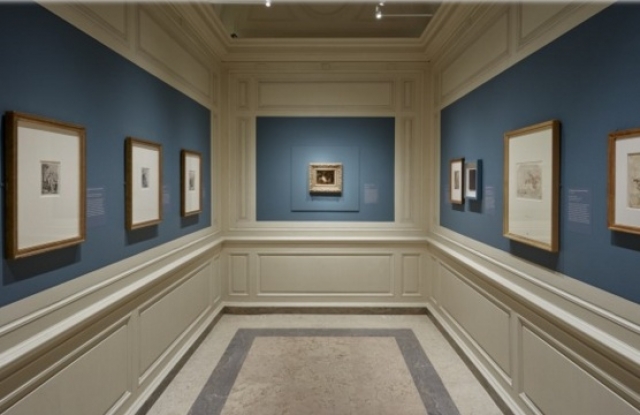 Divine Encounter at the Frick 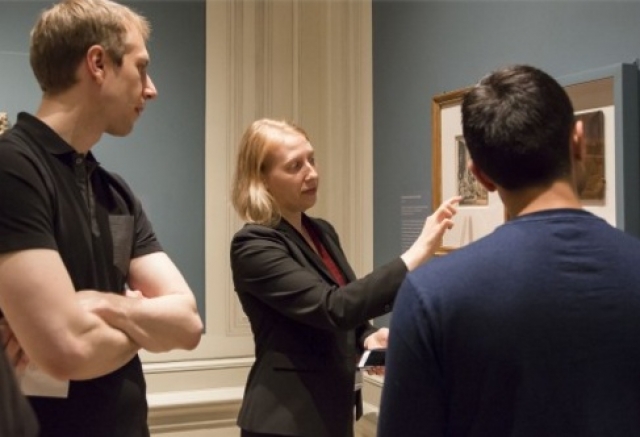 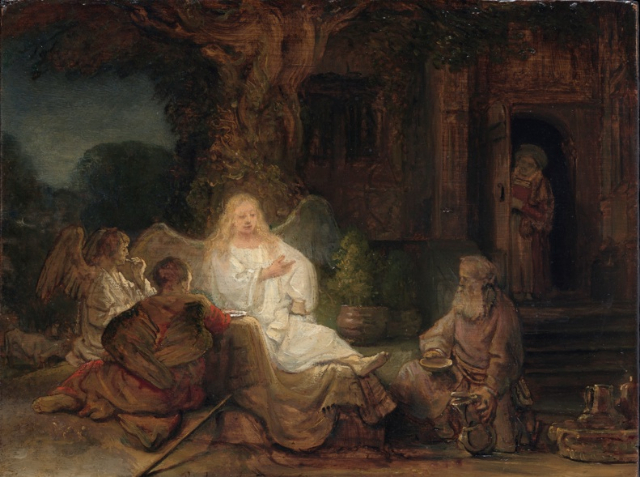 A seldom-seen Rembrandt painting of the travelers' visit. 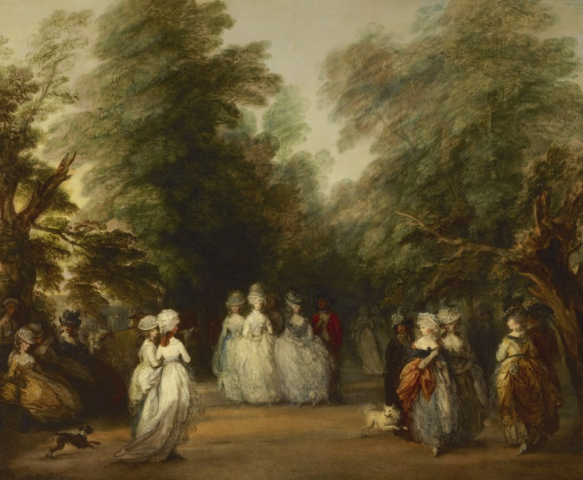 An 'impressionistic" Gainsborough on view at the Frick

It’s often said that in some museums you go from a masterpiece to something less in a step. At the Frick, mainly the inspiration of the daughter of the steel magnate from Pittsburgh who dueled with Andrew Carnegie, each work that hangs is perfection.

Divine Encounter, a selection of works by Rembrandt which look at the relationship between the Biblical Abraham and Isaac, is no exception. Rembrandt examines the luminescence of the holy as he describes the gift of a son to Sarah, then ninety, and Abraham.

It is one of Rembrandt’s “most creative treatments of the divine—a glowing figure who appears to dematerialize from mortal flesh into light before our eyes,” comments Joanna Sheers Seidenstein, the Anne L. Poulet Curatorial Fellow at The Frick Collection, who organized the exhibition. Homer long ago remarked, “Gods are hard for mortals to see.”

A small painting at the end of the gallery hall, entering the exhibit, shows Abraham entertaining travelers as a shadowy Sarah is tucked into a doorway behind him. Here Rembrandt, unlike any other artist who has depicted this scene, shows the travelers as angels, transitioning from human-like to the radiance of the holy. The traveler nearest Abraham has his wings tucked behind his back. Next to him, is a traveler in transition, his wings unfolding, but still human enough to eat food. Then there is an angel in full glory, whose light is cast across the entire painting. The annunciation of Isaac's impending birth is to be told to Sarah and Abraham.

Childless by his wife, Abraham had a son Ishmael by the servant Hagar. Miraculously having become pregnant and given birth, Sarah wants them out of her home.

The banishment of Ishmael and Hagar pulls Abraham in two directions. Scampering about these drawings are dogs. In Exodus 11:7 it is written: 'But against any of the sons of Israel a dog will not even bark, whether against man or beast, that you may understand how the Lord makes a distinction between Egypt and Israel.'

With a vow of circumcision in a covenant with God it is proclaimed that from Abraham, through Isaac, will come the chosen people. From Ishmael will descend another great people, Islam. Together Jews, Muslims and later Christians will comprise the people of the Book with a common source in Abraham.

Perhaps the most thrilling drawing is the intervention of an angel as Abraham, God’s obedient servant, is about to slash his son’s throat. The knife is mid air, caught in the action.

The impact of this artist and particular work, which is almost anatomical, can be felt in the Gross and Agnew Clinic paintings of Thomas Eakins. (One student of Eakins said that the master described Rembrandt so well that when he went to New York, he recognized Rembrandt's pictures before he read the names.)

In these small treasures, we discover images from the pedestrian to  sublime and from imagined to real. The richness of this story from the Bible is on miniature display.

The Frick opens its doors free to all the First Friday evening of every month.   The place is packed with young people. Joanna Sheers Seidenstein, the curator of the Rembrandt exhibition, speaks about the works to a packed hall in the music room of the museum/home.   Later Samuel Barber’s Knoxville, Summer 1915, inspired by James Agee’s text, is sung here. Titles for each line underscore photographs of the home we are in, suggesting that the feel of summer nights is everywhere. The aching beauty of this music echoes throughout the museum/home.

Tucked into a corner in the dining room are a violinist and cellist performing. Across from them is Gainsborough’s Mall in St. James Park.

Multiple visits to the Frick yield insights into man’s spirit at its best.  The Frick is wonderful in both bigness and smallness, broad swathes and  tiny details. It is a true treasure.