The Medici Portraits and Politics 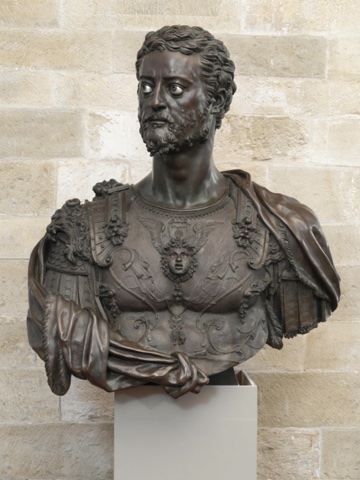 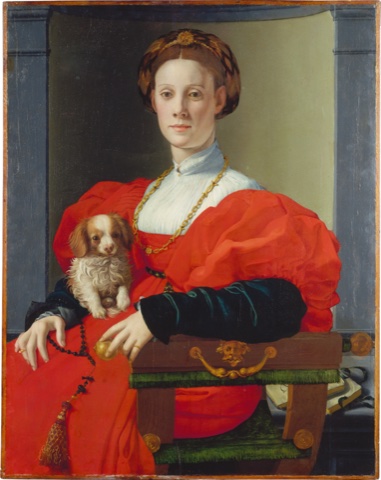 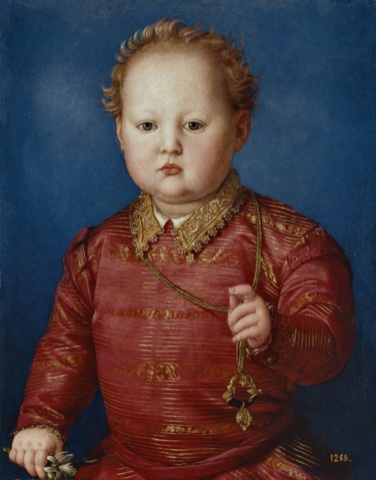 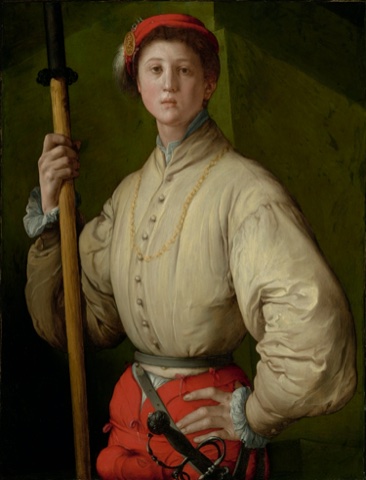 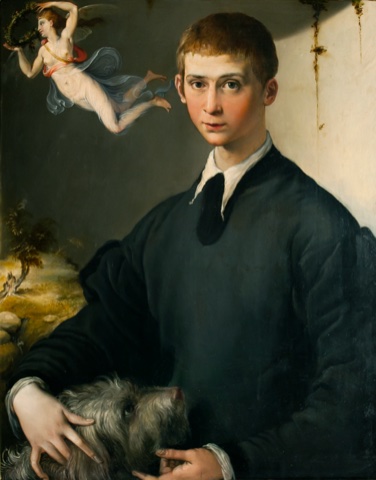 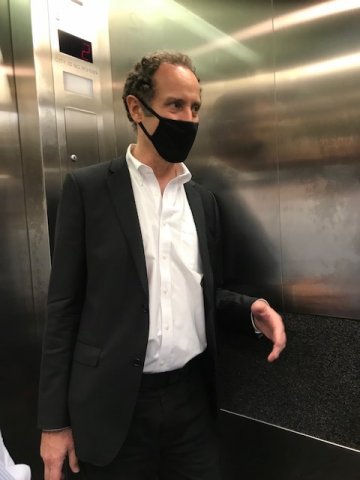 A major exhibition of portrait painting spanning the decades between 1512-1570, seems to me a risky proposition. A great idea for scholars, students and serious amateurs of art history, but usually not a show that would attract the general public. This one is different, thanks in part to a first-rate installation by Daniel Kershaw, the Met’s senior exhibition designer.

What strikes the eye when first entering the show is an extraordinary bust of Cosimo de’Medici by Benvenuto Cellini. This out-sized bronze sculpture, clad in lavishly decorated armor, is among the grea works of the Renaissance. The cleaning of the bust for this exhibition uncovered its silvered, seemingly bulging-out-of-their sockets, thyroid eyes.  The silver foil, an original part of the work, had become obscured by centuries of grime. The newly restored, commanding bust leads us into the exhibition.

Who were the Medicis?  They were patrons of art and learning. They were also ruthless political thugs. In a nutshell, they were the Godfathers of the Renaissance whose influential rein lasted – with a few interruptions - for 500 years. They produced four Popes, two Queens and were the first family to sponsor  the arts.

Their dynasty began in the 12th century, had its ups and downs, and more or less survived, through old-fashioned thuggery and keen political alliances, until as late as 1737, when the last of the lot kicked the bucket.

They rose to power by establishing the Medici bank in Florence. Through banking and commerce, they became one of the most important houses in Florence, turning the city into an artistic juggernaut and, a political one as well, and they were geniuses at keeping the artists of the day very busy.

Their major influences in banking, art and architecture continue to this day, which leads us to the Met’s current exhibition.

As an effective display, the exhibition has a number of things going for it, chief among them that the paintings turn out to be much more powerful as a group than they might be individually. Not only do they delight in each other’s company, but the works take on a new meaning when placed in dialogue with one another.

Roughly 90 objects make up the show, including marble busts, books, manuscripts, drawings and paintings by  Giorgio Vasari,  Francesco Salviati, Raphael, Benvenuto Cellini, Angelo Bronzino and, of course, Jacopo Pontormo, the most influential Florentine portrait painter of the day. He was the go-to man for a power portrait, capable of turning  toddlers into monarchs and making new-money Medicis look like blue bloods.

Considered one of the most radical painters in the history of Italian art, Pontormo was an early pioneer of Italian Mannerism – a sophisticated type of portraiture which championed elegance and aristocratic reserve. He sought drama and special effects in his work. Haunted faces, elongated bodies, and ambiguous perspectives are characteristic of his work. Take the painting, Portrait of a Halberdier, a painting that typifies the Mannerism movement of the time. The young man in the portrait stands before a fortress wall. This well-dressed foot soldier with a cinched waist holds a combination spear and battle-axe called a halberd. His direct stare and snobbish pose are strikingly affecting, given the smooth unlined face and slim body that betray him as no more than an androgynous teenager.

For me, of all the reasons to see the show is the sense of humor in the ‘face-off room’ in the last gallery of the exhibition, where portraits by friendly rivals Bronzino and Salviati play-off against one another.

Bronzino was both a respected poet and painter. His portraits are more than half the show, dominating the walls in six galleries. They are, for the most part, less playful than Salviati’s, displaying “a naturalism tempered by artifice,” while Salviati’s are chock full of pranks.

Salviati is the second most represented artist in the exhibition. He is fond of  disguising noble people by posing them with bodies and backgrounds from Greek and Roman mythology.

My favorite is Portrait of a Young Man with a Dog. Here a teenage sitter is dressed in what, if viewed at a glance, could look like contemporary attire: black sweater, white shirt and black tie. Even his shirt is disheveled, making him seem more like a modern-day teenager than a noble person in 1543 or ’45.  He  is petting a dog, who looks up at him lovingly.  Behind him is a curious scene: a levitating angel and a hint of landscape.

Another mannerist prank is Salviati’s “Portrait of a Man.” In one hand his elongated fingers hold up a pair of gloves, while the other hand rests on his hip with palms facing out. Awkward to say the least. He is wearing a pinkie ring. A confusing allegorical scene plays out in the background. The young man is framed by a knotted green fabric. Green is Bronzino’s favorite color. Surely this is Salviati poking fun of his rival’s frequent use of green, as seen in several other Bronzino works in the gallery. A true insider joke.

Speaking of family pets, for dog lovers there is plenty to love. By the time of the Renaissance, dogs began to be viewed as domestic companions,  frequently appearing on the imperious laps of noblemen and women. Bronzino’s “Portrait of a Woman with a Lapdog,” is certainly a good example.

Pictures of this magnitude also need their fancy frames, and some amazingly ornate ones add to the exhibition's air of aristocratic elegance.  Some, of course are more ornate than others, with robust forms of carved ornaments surrounding the portraits like three-dimensional jewelry settings.  Most of the frames in this exhibition, if not all of them,  are not original to the paintings, however, they all quite old, and each of them supports, even enhances, the works.

The Medici family continues to enjoy an almost mythic status to this day. Don’t take my word for it – see the show!