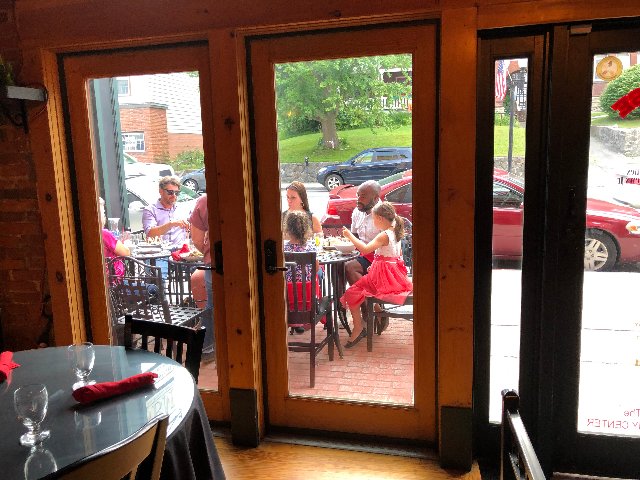 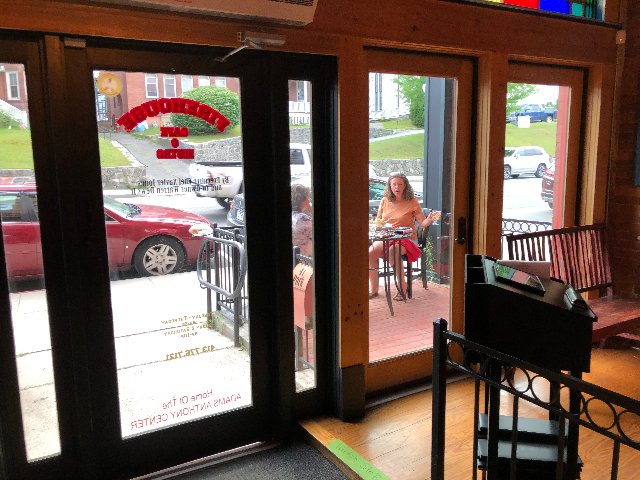 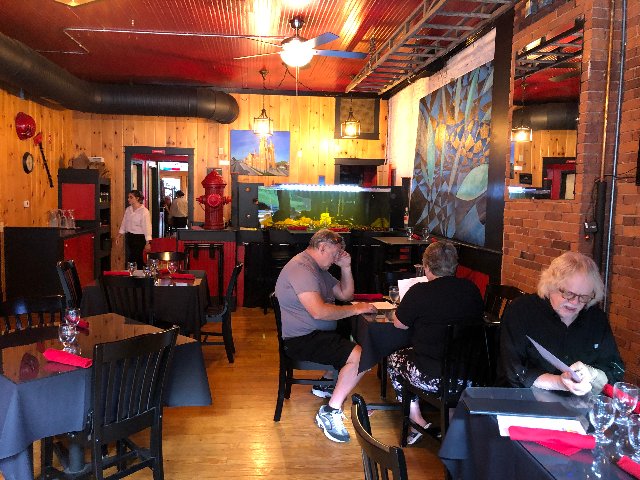 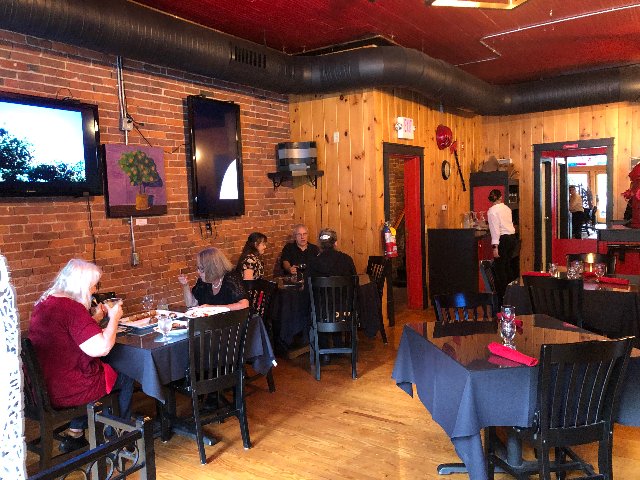 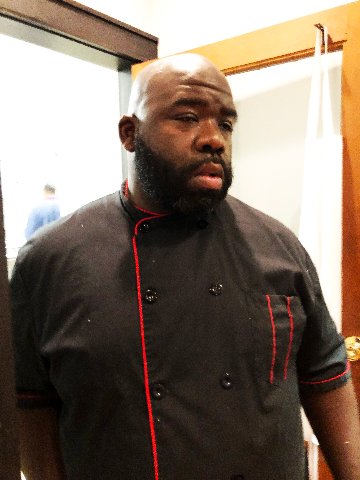 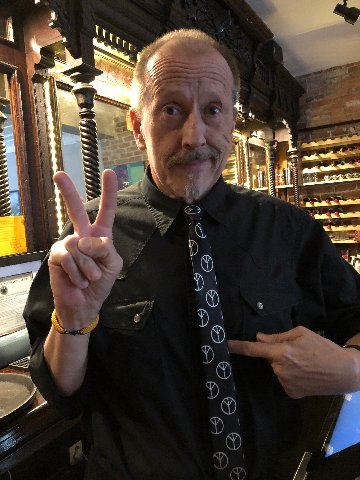 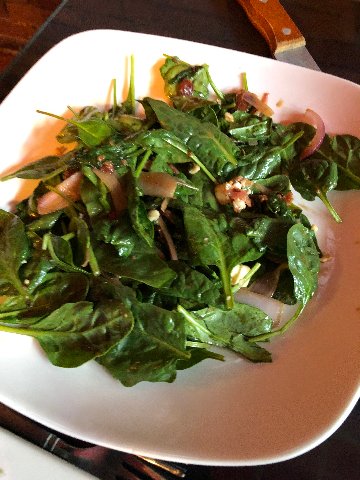 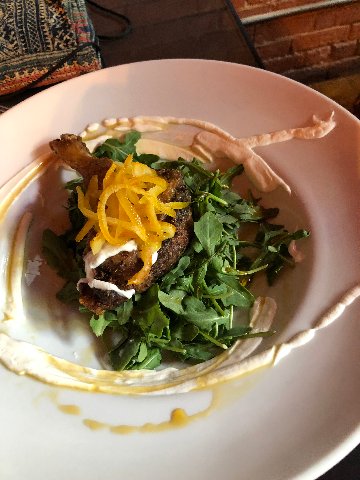 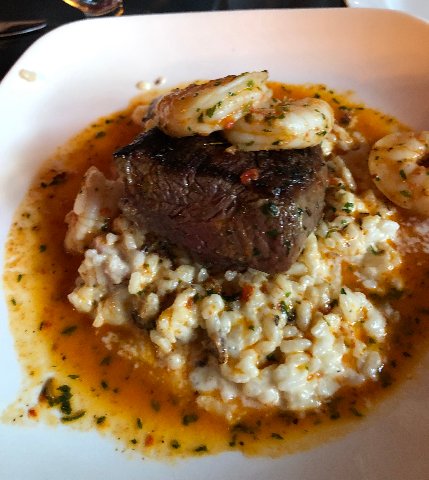 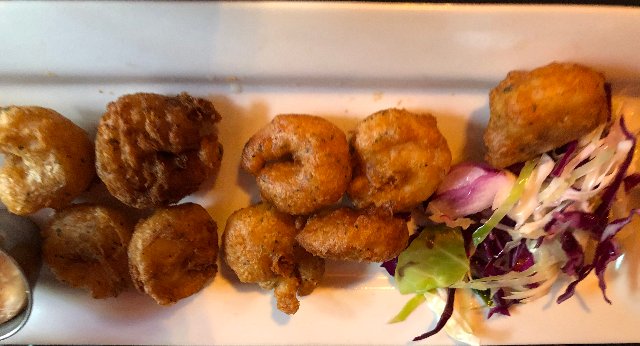 Having been closed for eight years, The Firehouse Café and Bistro, on Park Street in Adams, has reopened with legendary master chef, the 38-year-old Xavier Jones.

He is known for former incarnations of BiggDaddy’s Philly Steak House with two year stints each in Adams and Pittsfield.

A Philadelphia native, he trained at Le Cordon Bleu Institute of Culinary Arts in Pittsburgh. He moved to the Berkshires in the early 2000s and has worked at The Red Lion Inn in Stockbridge and Spice in Pittsfield.

It’s a make or break move to the Firehouse, not just for Jones, but for rare prospect of fine dining in the Northern Berkshires. It’s all in for the chef and his business partner Warren Dews, Jr.

Bill Kolis, an Adams native and Cleveland based attorney initially opened Firehouse with no prior experience in the high-risk restaurant business. He owns the building but closed the business after several months. Using Jones to cater a special event Kolis tried to hire Jones.

They kept in touch but Covid put a hold on a new venture. Planning and renovation went into the relaunch. The historic structure had a big hole in the ceiling to allow firemen to slide down the pole. That’s gone with now more space on the second floor for dining and a bar. It’s also where the kitchen is located. Meaning that wait staff are up and down the narrow stairs all night.

Given my physical challenges it was a scramble to ascend. The purpose was to catch up with Roman the sprightly and inventive mixologist. I asked how things are going. “Well” was the answer and on a Friday night the joint was jumping. “I’ve been in from the beginning” he said “I even helped to paint the room. It’s fun to invent new cocktails. I even tried to make a ‘Suzy’ for our famous Susan B. Anthony. But I learned that she didn’t drink and turned it into a drink for kids. Kind of an update on Shirley Temples.”

To please local fans Cheese Steak ($14) is a special for Tuesdays. It’s accompanied by roasted sweet potatoes. I actually had his authentic Philly cheesesteak and talked with Jones when he was in Adams.

The new venture launched in May but it’s best to let a new restaurant settle in before visiting. But the good word, all over Facebook, was filtering out through first responders.

Last night, we were joined by neighbors Linda and Opie O’Brien. They provided much needed advice about how best to navigate the dense menu broken down to Shareable Plates, Breads, and Tacos, then Salads, Tapas, Big Bites, and Kids Menu.

The culinary array is a rainbow of flavors, style and ethnicity. You intuit that Jones can create any possible dish of every known genre, from gourmet to ethic, with equal flair and alacrity.

The hard part is deciding what to order. Based on our fabulous meal last night we anticipate returning regularly fully to explore the extensive menu.

Negotiating a tapas menu the question always is how many small plates does it take to make a meal. In our favorite wine bar in Venice, or those in Spain, you stand at the bar and point. In Venice they were one euro each and the wine was as cheap as 75 cents a glass. It came from a bottle of unfiltered local stuff mostly consumed by workers popping in and out.

In Adams it’s different as the plates are a bit larger and more expensive. Also, what’s the difference between an appetizer and an entrée? Actually, Astrid’s meal entailed a salad, Buratta ($12) which she described as delicious as well as a tapas, Duck Confit, ($15) which served as her main dish.

There was some discussion as the menu stated that Confit is served over warm pecan pie. That wouldn’t work as she is gluten free. It arrived on a bed of arugula topped with candied orange peel, crème fraiche, and finished with Wild Hill maple syrup. She will order it again but wants to explore the tapas menu.

From the evening specials Linda, Opie and I ordered the wilted spinach salad which came with unique dressing. We much enjoyed the exotic touch of a warmed salad.

Opie ordered the Peking Chicken ($12) which he had enjoyed previously. They are four large drumsticks and that prompted me to order them hoping that they would be enough for my meal.

His order arrived, but mine didn’t. There was a long delay and no explanation. I flagged the waitress who responded “It’s coming.” But didn’t. By then Opie had finished. It just felt very awkward.

In the meantime I had seen, been inspired by, and ordered the special of the day Surf and Turf. I cancelled the never arriving appetizer.

So there are still front of house glitches to iron out which is the norm for a relatively new restaurant on a busy night.

That said, Linda and I were delighted with the Surf and Turf ($22). The only problem is that it was a special and should be on the regular menu.

The small filet was perfectly cooked medium rare with a nice char from the grill. That was topped by several medium sized shrimps in an enticing sauce. But the pièce de résistance was that the meat and shrimp was plated over a pulled pork risotto. Mon dieu. It was beyond incredible as I shared some with Astrid who gave me a bite of the confit.

The trick and challenge of Firehouse is to choose well. Those “little plates” add up quickly but not more so than comparable area restaurants that don’t come close to what chef Jones has to offer.

Another plus is the décor and ambiance. The tables are not jammed in and there is a feeling of air and space. The walls are lively with work by local artists. A particular delight was an Adams based panorama by the brilliant Alvin Ouellet. It made one feel that we were dining with friends.

Although still on its maiden voyage, already Firehouse stands out as a Best in the Berkshires destination. We wish them success for the sake of all of us who enjoy fine dining.