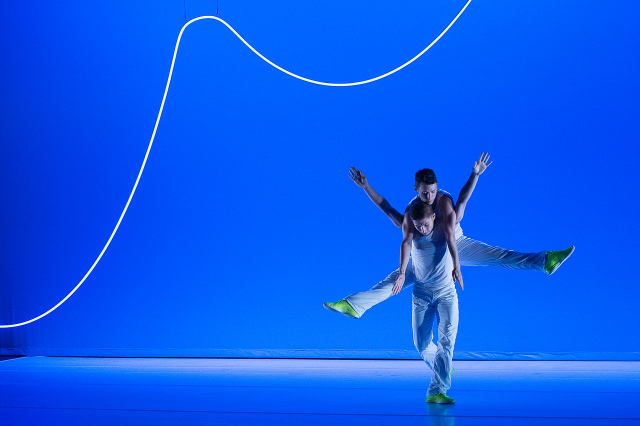 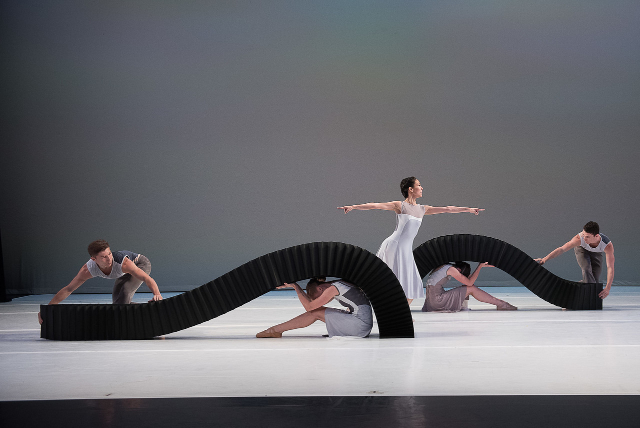 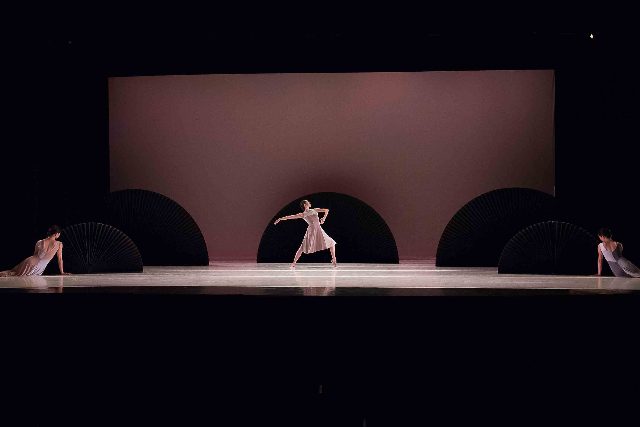 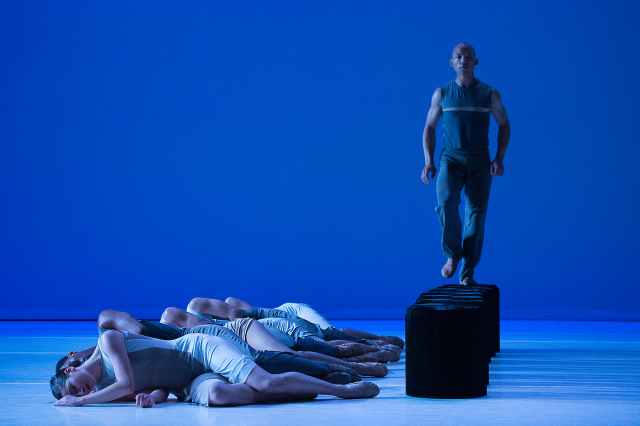 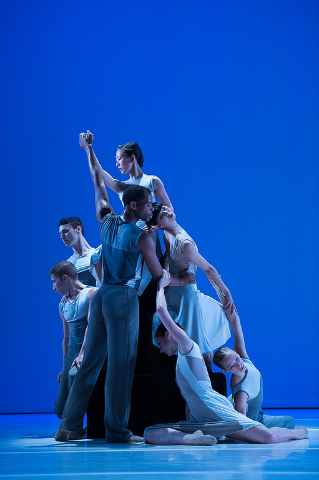 Some years ago Jessica Lang made her first appearance at Jacob's Pillow Dance with the company of Twyla Tharp.

Seeking Tharp's advice in 2011 Lang formed her own company as well as pursued a parallel career creating choreography for other companies here and abroad.

One of these, Lyric Pieces, originally created for Birmingham Royal Ballet in 2013, was a company premiere during her now annual visit to Jacob's Pillow. It opened her program, for the first time having been upgraded from initially on the Inside Out Stage, then Doris Duke, and now the larger and brighter spotlight of Ted Shawn Theatre.

There were evocative mood and stylistic shifts in the two part, six piece program. These ranged from the inventive classical ballet of Lyric Pieces, to the percussive Glow (a world premiere) and the solemn, signature work Thousand Yard Stare.

A commonality was a particular sensitivity to visual impact with exquisite, delicate pastel lighting and inventive prop devices. She seems as rooted in visual arts as choreography. There is a compelling confluence of these interests.

With eight dancers forming pairs of male and female Lyric Pieces was performed to Grieg played by pianist and Tanglewood Fellow, Michael Smith. It is a notable development this season as they also appeared with other pieces.

We much enjoyed the delicate colors of the costume designs of Amy Page. There were varying patterns of white, gray and beige in flowing dresses and tights for the males. The colors melded with changing pastel colors on the rear wall.

There were unique props in the "molo" elements designed by Stephanie Forsyth and Todd MacAllen.

The initial configuration was a solid, seemingly dense, large black cube. The dancers emerged from behind it. Then the cube deconstructed into a variety of accordion-like configurations. There were several of these of varying dimensions as the dancers used them with inventive variety.

This could have been a distraction but it was fascinating to note how the dance conflated with fan form, walls, cubes, stacked boxes and objects to sit and stand upon. The result was fabulous and fascinating.

A second, brief piece The Calling could not have been more jarring and shockingly different.

The curtain parted to reveal a woman (for this performance Eve Jacobs) standing at the center of a large circle comprising the circumference of an enormous white skirt designed by Elena Comendador. The music was an indistinguishable slow, solemn vocal performance of Trio Medieval's  "O Maria, Stella Maris."

Constricted within the confines of the garment there was torsion and striving with arm and upper body movements. With a twirling movement the skirt, for a time, was gathered closer in a spiral. We wondered when and if she would take steps. But that was not to be as the piece focused on aspects of constraints and its resultant tension of release.

The zestful third piece, Glow, (a world premiere) explored another direction with five dancers stomping in bright green sneakers, white slacks and white muscle shirts. They stomped about to percussion and xylophone composed by Owen Clayton Condon and Ivan Trevino.

The piece derives its name from a large curving tube of light. One wants to say neon but perhaps some other technology given its ability to quickly change bright, luminous colors. The back wall also constantly morphed with pastel colors designed by Nicole Pearce with Lang credited as set designer.

Again we were intrigued and delighted by the merging of lively dance with the impact of cutting edge abstract design. As a final touch the sneakers of a female dancer flashed the morphing colors of the set. There was an aha moment as we wondered how the heck they did that?

After the break we came back to Solo Bach (2008) with a single dancer Patrick Coker in a fluid ballet accompanied by the violin of Sarah Atwood.

The words and intent of  Sweet Silent Thought (2016) were evasive. The score of Jakub Ciupinski combined the recital of some sonnets by Shakepeare but with a scratchy sound as though they were from abused old 78's. Not being able to comprehend or even recognize the text resulted in a disconnection with the four dancers.

The dark lighting evoked a camouflage green which enveloped nine dancers in a fog of war. There was an emphasis on ranks and formations with passages of loud marching as well as frozen steps with right angle extended leg. At one point they formed a bent over tunnel through which individuals crawled like a training exercise on Paris Island. At the end they reformed the joined group.

At one point there was a horizontal band of light which initially was chest high. Individuals then groups descended into shadow. This was arguably a metaphor of the fallen.

We left with a strong sense of a richly varied company.