Tango from Historic to Contemporary 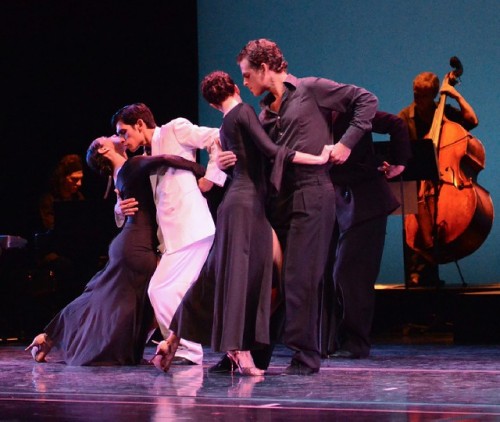 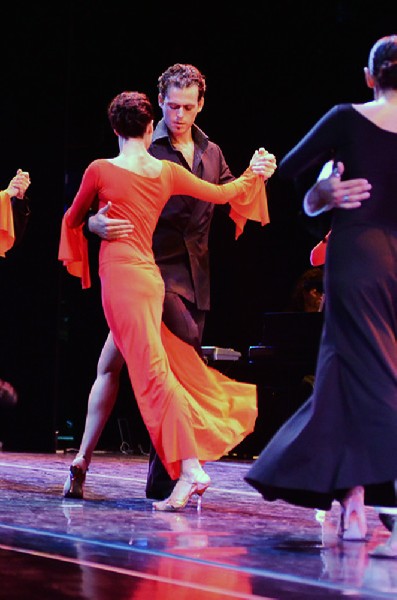 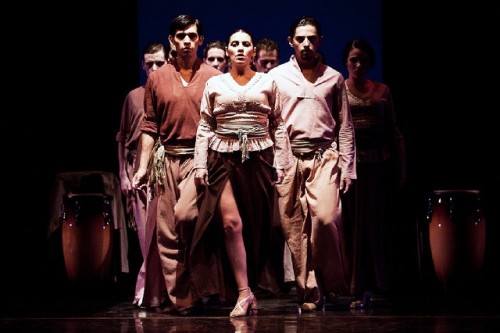 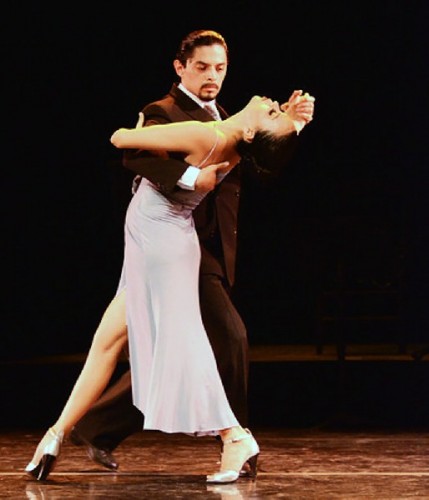 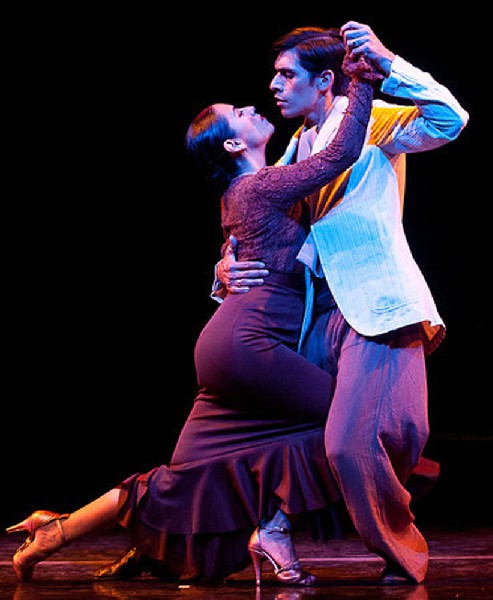 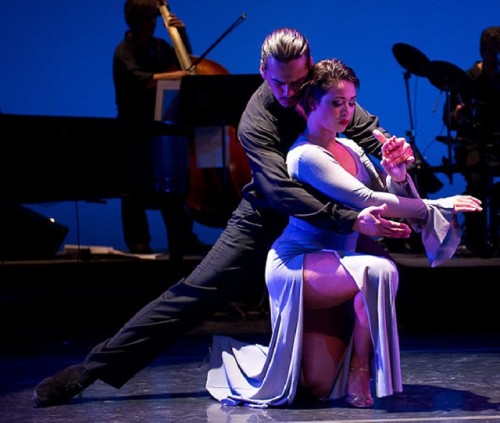 In a well balanced program Hills, who is known in the dance world for ten years on Broadway, 1995-2005, with the long running hit musical Forever Tango presented evocative and insightful segments of the past, present and future of an indigenous dance form.

The dominant male dancer, and the partner of Hills, is Alvaro Salas. For this appearance his parts were performed by Ivan Terrazas. See the reader comment posted below.

The tango has become a familiar form, and required sequence of ballroom dance competitions. It is readily familiar to viewers and fans of the many variations of TV dance programs.

Because of its locus on partnering Tango has become a ballroom staple. But in its original form it just meant a macho gaucho, the Argentine version of cowboys, in stiff leather chaps, seducing a senorita in a bar. Her bent back posture apparently derived from avoiding imbibing his unwashed aroma. While his clinging, machismo driven movements were formed by navigating through and around clusters of tables. As well as clutching her to keep the lady out of the grasp of other prowling gauchos.

Of all of the forms of ballroom dance the Tango is most notable for its possessive, dominant, testosterone exuding male. The woman in these exchanges reacts to and fends off of that machismo while exuding her own version of independence and duende with compelling sexual tension.

We were presented with the full and diverse vocabulary of dance moves. These entailed quick steps, fast footwork, small leaps and lifts, as well as slow bends and sliding movements.

In the best versions of the dance there is the chemistry of desire, seduction and role play. Unlike other dance forms, the waltz for example, it is not a matter of he leads and she follows. In the Tango there is a kind of sexual combat that steams the night air. Ole.

The music is also an unique mulatto confluence of European influences, such as the circular movements and syncopations of the polka, with a variation of its instrumentation. The bandoneon, played in this ensemble with intense virtuosity by Juan Pablo Romarion, evolved from the accordion or concertina which is most associated with polka music and dance. But with a more hybrid, Latin flavor.

While we heard African rhythms, the evening started with congas and evolved into percussion, the development of Argentinean  music is distinctly different from the Samba of Brazil, the Salsa of Cuba, Indian influences of Mexico and Central America, or the Afro Cuban traditions that informed Latin music and spawned Jazz Latino.

It is that partnering and resulting tension with tight control that makes the Argentine tradition unique. In most other Latin American dance and musical forms there is more separation and improvisation of partners. The Tango is about holding on, clinging and never letting go.

Even during a stunning sequence where two male dancers compete for the attention of a woman. Here we were astonished to see them holding each other as the men attempted to outdo the other with exotic moves and fancy footwork.

The second segment of the program “En el Abrazo” presented a capsule history of Tango, the Golden Age, from the 1940s and 1950s, set to the music of Eduardo Arolas, Ernesto Ponzio, Padero Laurenz, Paulos Peregrino, and J.C. Cobian & E. Cadicamo.

A signifier of the transition from traditional to contemporary was conveyed by dramatic costume changes. For the splashy modern dance sequences the women changed from somber, traditional dark colors to bright red, long clinging dresses. They were hot, hot, hot.

For the final segment of the program “Misterio Alla” we heard a long, edgy, avant-garde introduction as, solo, Fernando Otero leaned over the keyboard of the grand piano. Recalling the “prepared piano” techniques of John Cage and those whom he influenced he reached in and plucked the instrument like a harp.  It was surprising to hear this in the context of Tango music. After some time, during which we wondered where this was going, he was joined by the other instruments starting with cello.

This rather long musical interlude, a sidebar to the dance, was composed by Astor Piazzola and Horacio Ferrer in 1967. It segued into the most expressive and inventive dance of the evening. The finale wound down with a series of brief dance introductions and curtain calls of the individual members of the ensemble. It was a nicely choreographed way to end an insightful and enticing program of dance.


Back to Dance Section Home