The Men Dancers: From the Horse’s Mouth 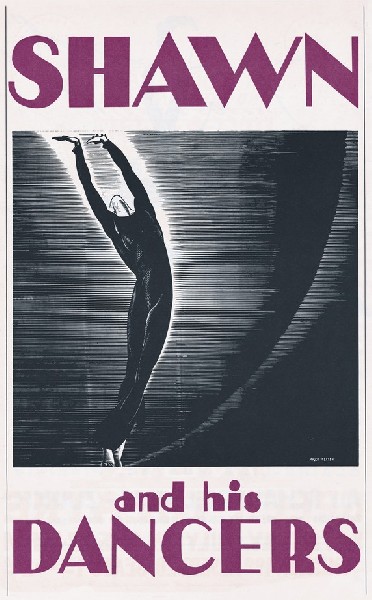 A vintage poster for Ted Shawn and His Dancers. 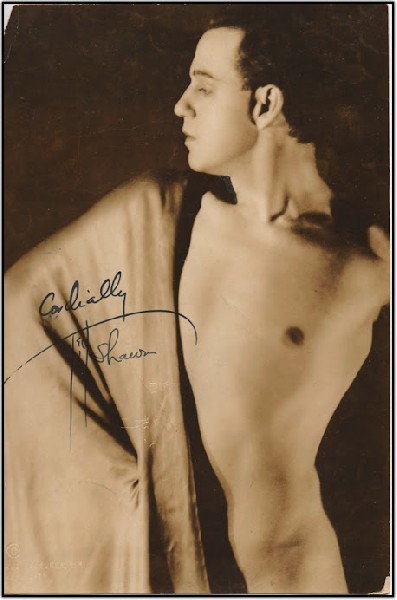 The Men Dancers: From the Horse’s Mouth showcases today’s most exceptional male dancers, choreographers, directors and scholars, as they pay homage to the Pillow’s pioneering founder Ted Shawn and his company of Men Dancers in this exclusive program, to be seen only at the Pillow. A rotating cast of renowned dance artists include Dance Theatre of Harlem founder Arthur Mitchell; Chet Walker, who originally conceived the 1999 Tony-Award-winning musical Fosse; master choreographer Lar Lubovitch; choreographer, performer, and dance writer Gus Solomons jr; Merce Cunningham Dance Company Director of Choreography Robert Swinston; Indian classical and contemporary artist Hari Krishnan, and many others. In a rare engagement to celebrate the 80th Anniversary Festival, performers will present solos featuring original choreography, and will share extraordinary personal stories with the audience, July 11-15 in the Doris Duke Theatre.

“We have several one-time-only presentations for the Pillow’s 80th Anniversary Season, and this one will certainly be among the most fun, surprising, and interesting,” says Ella Baff, Executive and Artistic Director of Jacob’s Pillow. “We have assembled an incomparable cast of male dancers of all ages and styles. It’s a remarkable ensemble of young performers at the top of their game, and elder icons of the dance world who are returning for this special occasion. The cast includes former students and faculty of The School at Jacob’s Pillow as well as past Festival performers. And some of the artists are performing at the Pillow for the first time. It will be a memorable history-making week in dance.”

From the Horse’s Mouth is an evening of dance and in which the performers also tell two-minute stories about their lives. The choreography and the stories change each time a new ensemble is cast.  Conceived by dancer/choreographers Tina Croll and Jamie Cunningham, the first From the Horse’s Mouth production was performed at the Joyce Soho in New York City in 1998, featuring a cast of innovative modern dancers like Viola Farber, Stuart Hodes, Carmen de Lavallade, Wendy Perron, Jane Comfort, Sara Rudner, and many others. The structure of From the Horse’s Mouth involves dancers involves dancers performing sequential solos, dancing together, and elements of chance that are added through cards chosen randomly from a box, suggesting how to vary the movement at that moment. While on stage, each dancer tells a story from their life—ranging from touching to comical—sharing with audience members personal narratives about what it is to be a dancer, and  ensuring that no two performances are the same no two stories are alike. More than 1,000 dancers across of all ages and dance styles have performed variations of From the Horse’s Mouth over the past 14 years.

The Pillow’s exclusive engagement of The Men Dancers: From the Horse’s Mouth features dancers from around the world, representing a wide diversity of dance styles, including tap, jazz, hoofing, ballet, classical Indian dance, and beyond. Bessie and TONY Award winners, Ernie Award recipients, and dance legends will share the stage with the next generation of male dance icons.

A PillowTalk entitled Finding Billy: The Search for Broadway’s Billy Elliot, will be hosted on Saturday, July 14 at 4pm and will feature The Men Dancers: From the Horse’s Mouth’s youngest performer Trent Kowalik, one of Broadway's three original Billys in Billy Elliot: The Musical. This extended 90-minute event will include a screening of the acclaimed film Finding Billy, and a moderated interview by a Pillow Scholar-in-Residence with Trent Kowalik and film director Joe Locarro.

On Sunday, July 15 at 4:30pm, the Pillow will screen Never Stand Still, a feature-length documentary about dance, filmed over many seasons at the Pillow. The film is directed by Ron Honsa, who will be on hand to personally introduce the screening.  Never Stand Still is narrated by acclaimed choreographer Bill T. Jones and includes performances and interviews with dance artists including Suzanne Farrell, Paul Taylor, Judith Jamison, Merce Cunningham, Rasta Thomas, Shantala Shivalingappa, and many others. Tickets $10, available at jacobspillow.org and via phone 413.243.0745.

History of Ted Shawn and His Men Dancers

The Men Dancers: From the Horse’s Mouth will honor Ted Shawn, his Men Dancers, and the 80th Anniversary Festival of Jacob’s Pillow.

Edwin Myers Shawn was born on October 21, 1891, in Kansas City, Missouri, and grew up in Denver, Colorado. At the age of 19, while studying to become a minister, Shawn suffered a bout of diphtheria that left him temporarily paralyzed. On the advice of his physician, he took up dance as a form of physical therapy, which cured his paralysis and left him with a passion that would guide and direct him for the rest of his life. It was in 1914 that Shawn met and married Ruth St. Denis, further setting his artistic life in motion. They later opened the Denishawn Company and School, and having educated dancers such as Martha Graham, Charles Weidman and Doris Humphrey, they secured their role as America's leading couple in dance.

In 1931, Shawn purchased Jacob’s Pillow, a New England farm named after the biblical story of Jacob, as a retreat for his company of Men Dancers. The tall and burly Shawn and his athletic dancers were intent on challenging the image of men in dance. They forged a new, boldly muscular style celebrating Pawnee braves, toiling sharecroppers, and Union machinists; their purpose being to create a new performance style for men, and to prove that dancing could be an honorable profession for men in America. The Men Dancers began performing for the public in 1933, and went on to perform over a thousand times in more than 750 different cities around the U.S. and Canada, as well as overseas in London and Havana. They gave their final "homecoming" concert at the Pillow on August 31, 1940, and the Pillow's programming expanded to encompass other artists in the years following.

The Men Dancers: From the Horse’s Mouth

Choreographer Ian Spencer Bell, described as "stealthy as a nocturnal feline," by The Village Voice,

is interested in strenuous, athletic movement, as well as repetition, speed, and stillness. Two-Minute

Songsâ€•set to music by the Beastie Boys, The Beatles, Joni Mitchell, Roy Orbison and othersâ€•is

danced in six sections, each part repeating, changing qualities with the music, and expanding in

Based in Reno, Nevada, this all-female contemporary dance company has performed across the

country and is joined for this engagement by guest performer Trannon Mosher. 30/Love was inspired

by the give-and-take of a tennis match, Unforseeable explores tactile intimacy in relationships, and

Slipping the Circumference comments on the dancers' femininity as they negotiate large hoop skirts.

the 1960s and ‘70s, who became his successor in leading Alvin Ailey American Dance Theater, and

recently retired after more than two decades of triumphs. FREE

OtherShore's mission is to showcase the works of diverse contemporary choreographers, including

Melnick, a deliberately illusive quartet that is imbued with subtle gestures and unexpected twists.

This 90-minute presentation include a screening of the acclaimed film Finding Billy, about the search

for the stars of the hit Broadway show Billy Elliot. Trent Kowalik, one of Broadway's three original

Under the direction of master teacher Milton Myers, dancers conclude their first week of study with