Quantum Mechanics of the Spy Game 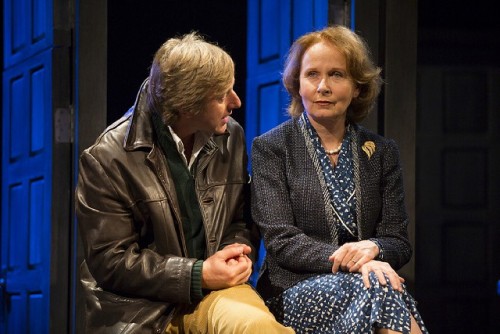 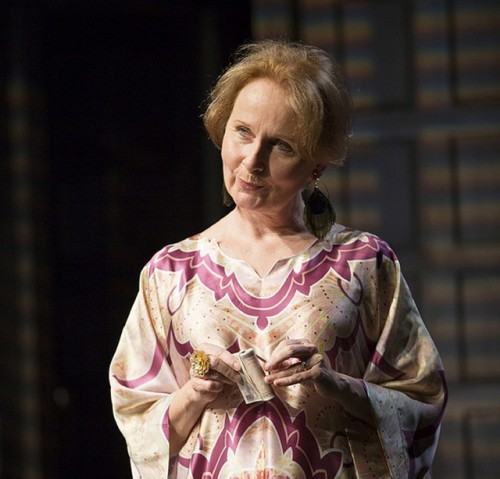 Hapgood has a ditzy twin sister who smokes and swears. 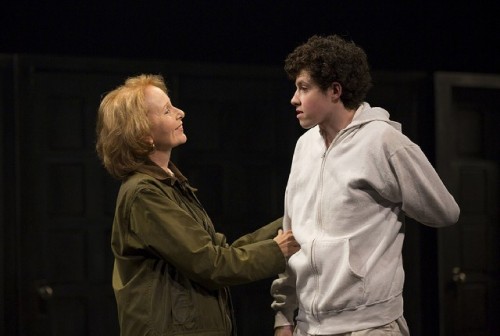 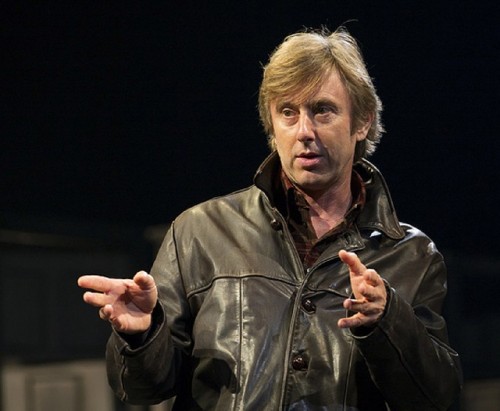 Kerner uses quantum mechanics to explain which side he’s on. 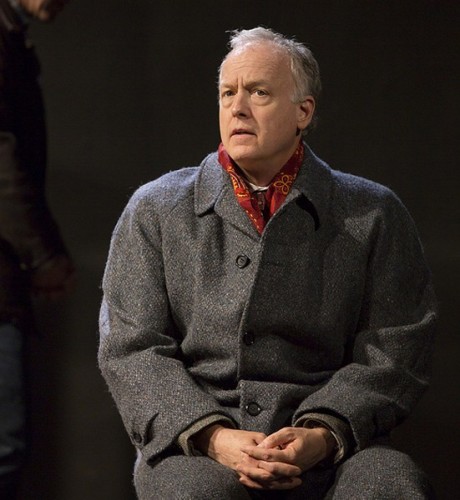 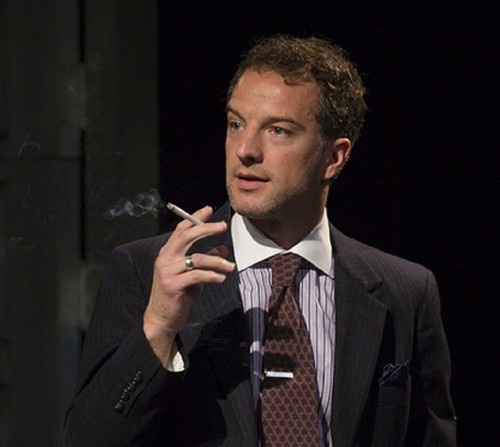 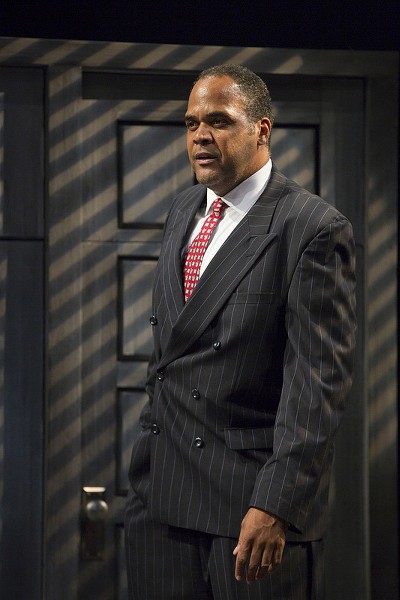 There is a pulsing background of percussive electronic music by Alex Neuman which in a few bars references the familiar, iconic James Bond score. The music sets the tone for the spy vs. spy cold war thriller Hapgood (1988) by uber wordmeister Tom Stoppard.

Stark and evocative lighting by Michael Krass enhances the ominous, dank set by Chris Barreca and Chris Heilman illuminating a locker room of a public pool in London. The lockers, broken into units on wheels, are cleverly reconfigured to create a range of settings from office to firing range and home. There is also a soccer field.

The technical aspects of this Williamstown Theatre Production are so brilliant that they aptly convey the mood and action of this taut, difficult, cerebral and rewarding psychodrama without a word being spoken.

Believe me there are a lot of them. Words that is. And ideas. OMG.

It is best to brush up on quantum mechanics if you want to have a clue to what’s going on in this positive mind fuck of an evening of just incredible theatre.

A key issue is whether Kerner (Jake Weber), a Russian born scientist, is a spy, counter spy, then turned triple or quadruple agent. Got that? There are also three sets of twins ratcheting up the degree of difficulty of this drama and dark comedy which stacks up layers upon layers of  dizzy plots and subplots like an ersatz Tower of Babel.

It will indeed reduce many audience members to babble and turn their minds to fudge.

No wonder that this magnificent production, starring the magisterial Kate Burton as spy master Hapgood, has been just about sold out before opening night reviews.

In my case it helped that Astrid and I saw a wonderful production of Copenhagen in London. Later I taped a version of it on PBS. For a number of semesters I showed it to my 20th century Humanities classes at Suffolk University.

As a non scientist it took multiple viewings of Copenhagen to begin to absorb the key scene in the play in which Werner Heisenberg demonstrates to Niels Bohr and his wife the Uncertainty Principle.

When the lanky, casual, diffident Kerner is asked whose side he’s on he answers by way of physics and a discussion of the nature of light. For Newton and Newtonian Physics light is linear and composed of particles. But it is also possibly a wave with an ability to bend in space. That might be demonstrated by the topological analogy of the Seven Bridges of Königsberg proposed in 1735 by Leonhard Euler that it was impossible to walk a path around the city which would cross each of the bridges only once.

Kerner argues that the nature of the interrogation, and questions asked, will predetermine the information gathered. Here he quotes the Bohr hypothesis that "The answer is the question interrogated." Another way of putting it is “What you want to see is what you get.”

The initial question is restated. Quite simply whose side are you on? Frustratingly, the answer from Kerner is that I just told you.

That’s, well, Stoppard in a nutshell.

Bollocks, get a life dude.

Through his vehicle Kerner, the key and most fascinating character in this complex play, as ersatz Oxford Don.

Often the plays of Stoppard are so cerebral that you have to be a scientist or philosopher to untie the Gordian knot of back story.

Or, as an Alexandrian critic, just hack through with an impatient slash of the sword.

So much for the mystery now let’s just pick up our gear and march on.

The problem last night was that Weber as Kerner a suitably charming, enigmatic, and poetic character with a diffident disdain for Cold War politics was often unintelligible. There was a quasi British/ Russian accent which didn’t work and a mumbled, soft spoken delivery which was hard to hear from our last row seats.

Unless you listened keenly all that heady physics/ philosophy/ politics was a blur.

At which point it was best to sit back and follow the engaging but incredibly complex mystery super obfuscated by those three sets of twins and double/ quadruple agents.

If you managed to follow the thread, initiated by that opening scene ballet of multiple agents, drops and plethora of brief cases, you had to navigate through more doors in this evening of magic theatre than Hesse’s Steppenwolf.

When in doubt critics fall back on discussing the plot.

But that assumes that you understand it in order to explain it.

Perhaps the best show all summer.

But then there’s that uncertainty principle.

It made sense on a Newtonian level but subatomically it was an anti matter.

That I saw the show I wanted to see and well, by now, the Cold War, Stoppard’s turf, is like so over and stuff.

What surprised me is that Kerner never mentioned String Theory.

Oh yeah, in case you wondered, in this performance Kate Burton was a Mother.

Better yet go see this show if you can scam a ticket.