A Varied Antonín Dvo?ák Program Entranced on a Summer Night 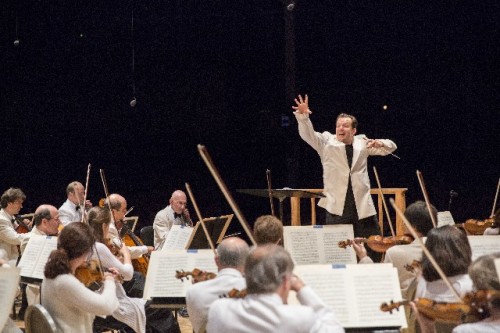 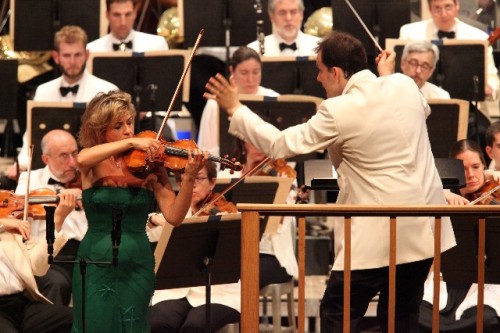 Tanglewood welcomes the new music director of the Boston Symphony with an all-DvoÅ™ák program. While the program seems tame to some observers, going deep into one composer is an approach, which can be arresting for the conductor, the orchestra and the audience.

Wittingly or not, Nelson’s is a champion of Noonday Witch, a symphonic poem that he performed with the New York Philharmonic two winters ago. It is one of five tone poems DvoÅ™ák wrote toward the end of his life. They are not often played in this country, for no good reason. The Karel Erben folk tale is dark, and uncharacteristically, DvoÅ™ák plunges into grim and often scary places.  Nelsons and the orchestra captured the abrupt mood changes and suspense. From child’s play to a mother’s concern, to the arrival of a real witch and the final sad denouement we are constantly surprised. If you are expecting your usual DvoÅ™ák, he quickly becomes unfamiliar and edgy.

Members of the orchestra speak with enthusiasm about Nelsons' phrasing. The overarching line remains. In a lawncast interview, one cellist, when asked about his new conductor, remarked on the detailed phrasing as well as the enthusiasm and passion with which Nelsons approaches music.

Anne-Sophie Mutter’s rendition of the DvoÅ™ák Violin Concerto was thrilling, although she was placed somewhat deep into the orchestra and could not be heard as clearly as one would have wished. A world-class talent, her pyrotechnics are dazzling. Nelsons, who followed her lead, gave her space. As Mutter took exciting risks with tempo and meter, his orchestral support, particularly in the second movement and rhythmic energy in the finale liberated a daring, often dashing performance.

The DvoÅ™ák 8th Symphony showed us another side of the composer.  It is rich in a blend of folk and romantic detail. Here Nelsons’ mastery of both texture and color was most apparent.   Swells were unusually sumptuous. The young maestro appreciates tonal changes with his sweeping movements and also gentle gestures.  He often invites an instrument to join in by holding out an open hand.

Speaking with Nelsons after the Saturday morning rehearsal, he seemed eager to dig in to making music live in Lenox and Boston as he takes on the task of making classic symphonic music relevant to today’s audience. This is particularly difficult in the US where children are not as exposed to the classical form as they are in Europe.

With a thoroughly musical young conductor and a first rate orchestra, it might be worth the gambles required. A stab at opening up on Friday was a webcast to a section of the lawn audience.   I heard the symphonic poem and the violin concerto seated near the shed holding an iPad.  I was reminded of the terrace seating at Symphony Center in Chicago. These are now my absolutely favorite seats and I can convert a young person who I bring here. You are on stage, facing the conductor and look down at the percussion instruments.

Watching the conductor work from a position where you can see and hear the impact of his motions, is thrilling and intimate. Your eye naturally gravitates to a solo instrument or section. The cameras used for the lawncast were not able to achieve this. If you have a soloist standing (or seated) near the conductor you often have a rear view. This was true of the Mutter performance, which was more effectively projected on the large screen. In time, I am sure the lawncasts will take advantage of the camera’s selections with the progression of the music in mind.

Sound for the lawncast was a real problem. For the second part of the program I moved inside to hear a dramatic and compelling performance of the Symphony No. 8, which combined some of the (imagined) story telling of Noonday Witch and the technical bravura of the Violin concerto.  The brass and cellos shone.

The shed was about half full and the lawn sparsely populated. Nelsons bravely says: "Tanglewood is one of the greatest festivals.  It's like a toy for adults. There are a lot of opportunities around, a lot of temptations and things you can possibly imagine doing there.  What I also experience is that the possibilities are so huge that I'm going to enjoy many years together, exploring more and more. We can experiment with the great instrument that the Boston Symphony is."

Alex Ross’ recent article in the New Yorker on Iván Fischer and music in Budapest suggests some of the possibilities for drawing in a new audience:  Impromptu midnight concerts in which the program is chosen from suggestions people drop into a hat. Is Boston ready for such innovations?