The Digital Stage from Festival d'Aix 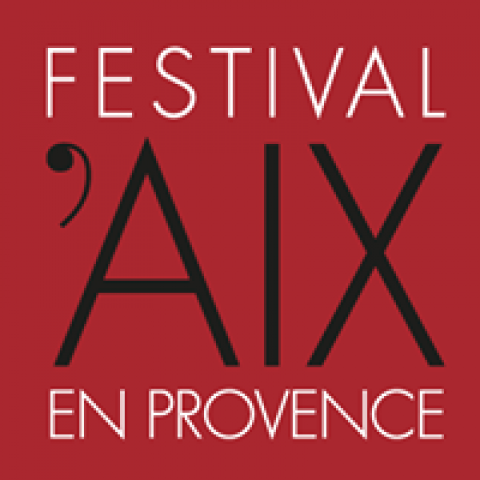 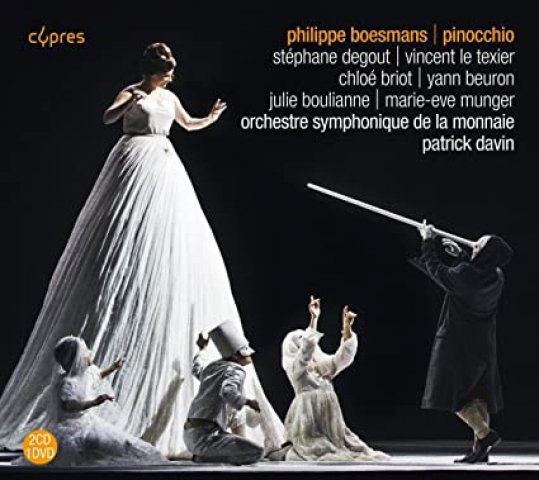 Pinocchio by Philippe Boesmans at Aix 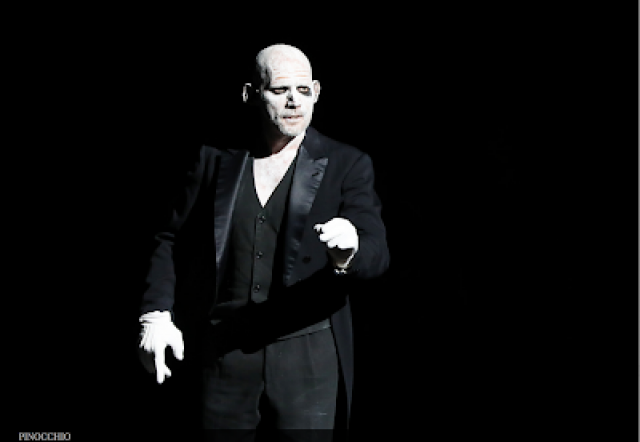 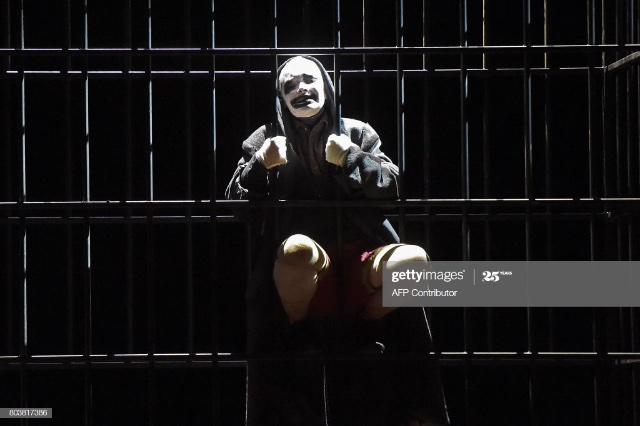 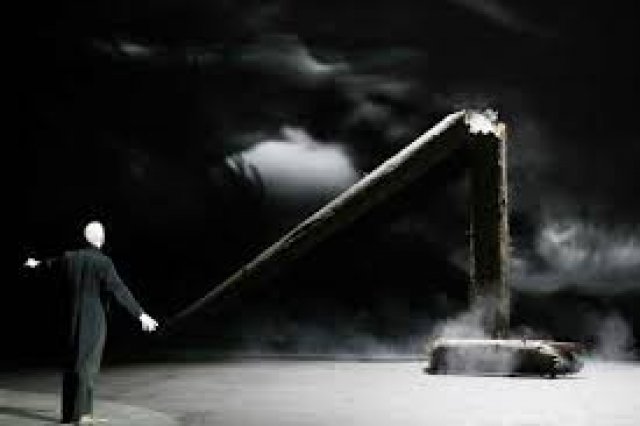 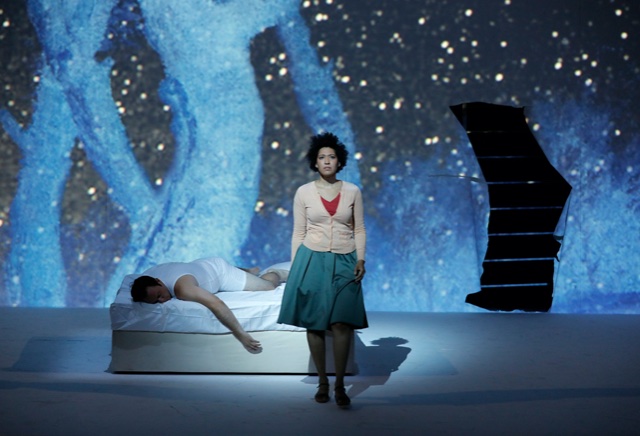 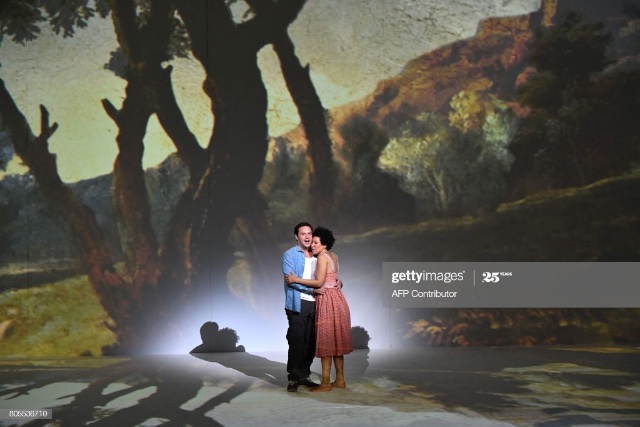 A dark idyll at the start of Rake's Progress 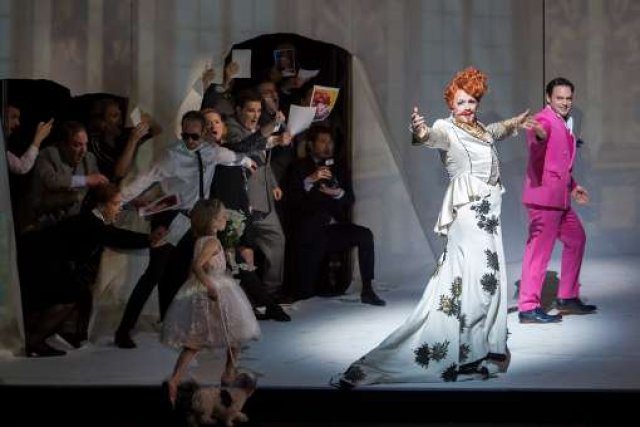 Andrew Watt as Baba the Turk in Rake's Progress. Paul Appleby is seduced. 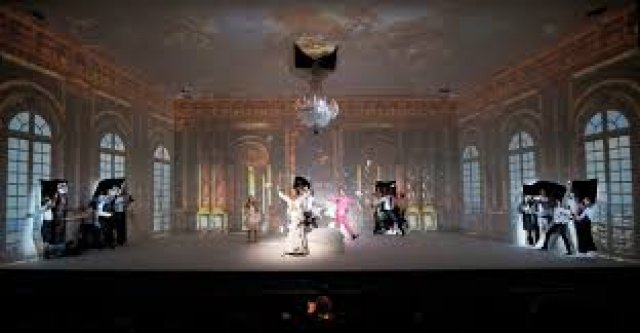 Pinocchio and The Rake’s Progress, video recordings of performances at Aix, are now being offered.  (They continue on YouTube after the Digital Festival 2020 ends).  The importance of Aix as a creator of new work and new productions is clear in these two works.

Pierre Audi, who has graced New York with productions at the Park Avenue Armory, took over Aix two years ago. Artistic excellence may be the articulated goal of an opera house, but that goal is not always evident on stage.  With Audi, you have decades of experience at Dutch National Opera, and the Armory. Who could ask for anything more in the resume?

Audi talks about why Aix produces in collaboration with others.  This ensures that works will be seen widely. The Aix touch includes picking top talent, creating an atmosphere in which all are working to the success of the whole.  People whose tested opinions are tried and true and who are clearly fearless in their pursuit of excellence are supported.  Audi believes in the repertory group, regulars who come back again and again.

Sir Simon Rattle is one of the regulars. He tells a wonderful story about premiering The Ring in Aix on the day that his second son was born.  He had brought in a backup, because he was not going to leave his wife alone giving birth in the hospital.  As luck would have it, his son was born in the morning, and he arrived on the podium at one.

As an Aix regular, Sir Simon is in Aix this year, virus or no.  His orchestra, scheduled to be in Aix, is in London. They will perform, nonetheless. With another conductor.  Would Zoom have been a possibility?  With the open, adventuresome staff of Aix you know this question was asked.

Pinocchio the opera is dark storytelling.  While it suggests being suitable for young people, the start of Pinocchio’s life in a screech as he is hewn from a tree trunk and his end in hanging probably prohibit. Yet anyone who has read Richard Powers’ Overstory appreciates this portrait.

The drama is compelling. Stéphane Degout, a forceful and dramatic baritone, takes on the lead role of circus ring leader, our guide through the various ‘acts’ into which the opera is divided.  While we may not hear his superb singing voice as often as we would like, his presence compels.

Pinocchio is Chloé Birot, chasing a dream to be human.  Marie-Eve Munger is a magical fairy whose appearance on stilts make her physical presence as gloriously high as her voice. She trills ever higher as she pronounces Pinocchio’s name. Vincent le Texier is touching as the father.

The production is stripped down, as is the orchestration.  Both are rich in effect.  The set is full of living anthropomorphized animals.  A trio of saxophone, violin and accordion give us bits of klezmer, gypsy and Parisian cabaret music. Composer Philippe Boesman’s orchestration often emerges from Richard Strauss.  He develops beautiful melodies as he alters textures to mood and character. Toy-soldier marches, and nursery rhymes abound.  As Pinocchio’s nose elongates, the string section plays an ascending musical line. The strings descend as he becomes a braying donkey.  There is fun in the darkness, placed in just the right positions.

The Rake’s Progress by Igor Stravinsky with book by W.H. Auden and Charles Kallman, is one of the few contemporary operas with a permanent place in repertories.  (Customary start date for  ‘contemporary” measure is 1950, and this work was first performed in Vienna in 1951).  Many agree that this Aix production is the best of all time.  Simon McBurney of Complicité produces and directs.  His name generates excitement and with reason.  Nothing he touches is less than exciting, even if you disagree with his take. This production is full of just right yet surprising details.

Julia Bullock sings a beautifully crafted Anne in her rich soprano. Paul Appleby is celebrated in America for his performances’ as Don Ottavio and Joe Cannon (John Adams).  Here as Tom Rakewell, he  outdoes himself, not only singing a challenging role, but performing deeply and creating anguish in the listener.  Kyle Kettleson makes a wonderful Nick Shadow, the devil disguised as Leporello.

The idyll in which we meet Tom Rakewell, the ‘pilgrim’, and Anne Trulove, is a dark  impressionist landscape.  Going to the city, the set takes on a gritty texture, provided mainly by lighting (Christina Cunningham).  Tom’s new apartment has a central bed, in which he at first tumbles with tarts and then his new wife, Baba the Turk.

The ever-surprising Sarah Caldwell cast Baba as a counter tenor.  Co-librettist Kallman wrote,  “The day Baba the Turk was born and named, we (Auden and Kallman) both laughed until we could no longer stand up straight.”  Stravinsky’s attorney advised against the beard. “I think it is not merely unwholesome but likewise buses the opera into slapstick farce.”

Now Andrew Watts takes on the role if Baba, beard and all, accompanied by a fluffy white Pomeranian.  We are amused and then appalled by Tom’s descent when Anne comes and bears witness to Baba, filling the wifely role in which Anne had cast herself.

As Tom’s world spirals downward, the set surprises.  Walls are made of paper through which characters appear and disappear.  Juan Miro figures, separated boldly from each other, dominate.

Conductor Elvind Gullberg Jensen, a Norwegian who is well-known in Europe, captured the spirit of Stravinsky’s music with a detached look at the different musical periods suggested and the genuine of emotion of characters like Anne and Tom.

The spread of a highly contagious virus and enforced social distancing have kept us out of concert halls next door. Yet the generosity of music institutions and festivals has opened the world. Brilliant performances by distant companies and discussions among serious artists are now available in our living rooms, a breath of fresh air and a mind-blowing revelation of what is out there across the globe.

Join the artists and producers at Aix.