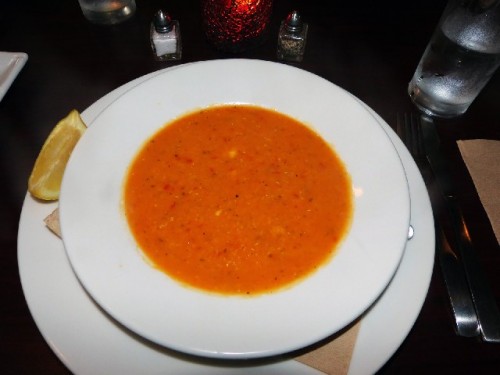 Superb red lentil soup is the talk of the town. 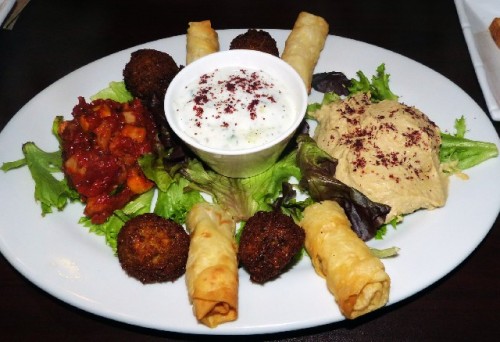 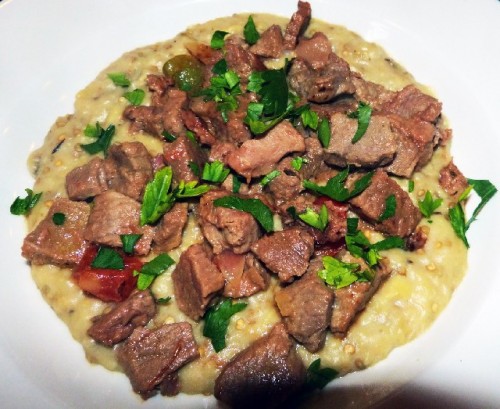 The plate of cubed lamb over a hot eggplant puree. 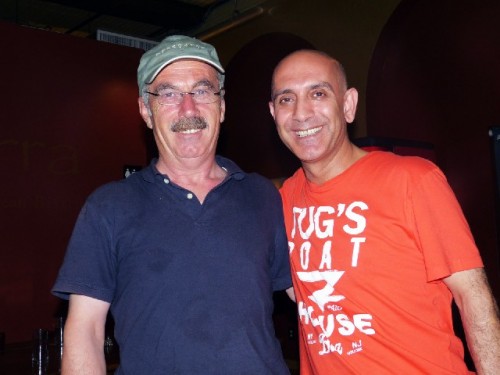 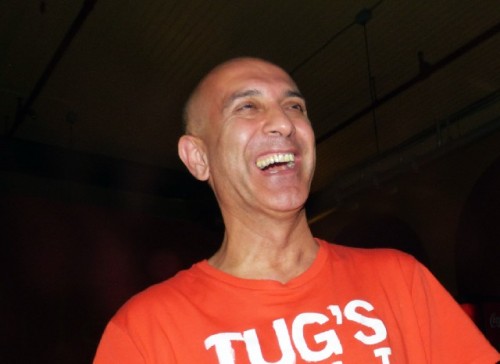 Fahri is upbeat about his new restaurant. 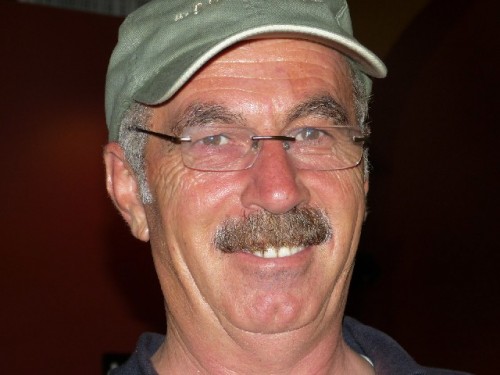 Ahmet is introducing traditional Turkish cuisine to the Berkshires.

In 2012 Fahri Kakakaya opened a large space at 67 Main Street in downtown North Adams as a coffee and sandwich shop The Local.

It was similar to other incarnations in that venue Appalachian Bean, Cup and Saucer, and Petrino’s. All had enjoyed moderate success in that format in a city which has a low density of foot traffic in the downtown.

The 125,000 or so annual visitors to nearby Mass MoCA tend to stay bottled up within its campus which offers both café style and upscale dining.

There are other North Adams dining options from subs and pizza, soup and coffee, to some more ambitious destinations including the Freight Yard, a bit hard to find, the Hub a popular eatery also on Main Street, the so so, noisy The Public, and ok Mexican, Desperadoes.

We liked the pasta restaurant Red Sauce which had a nice combination of ambiance, quality and price. But it closed in the middle of the night several months ago.

Now Fahri has gone back to his roots and after considerable effort has lured a fellow countryman from Turkey, Ahmet Alcay, as chef.  The restaurant has been relaunched as MediTerra, American Mediterranean Bistro.

To give a sense of the authenticity of the cuisine, the chef, Ahmet, hardly speaks a word of English.

This is wonderful old country food with everything on the menu when possible “made from scratch.”

The signature hummus ($5.95) is not just fresh but, as Fahri informed us with accompanying gestures, made “Twice a day. In small batches for lunch and then again for dinner.” It was not your ordinary hummus with a touch of exotic spice, a dash of cumin, for unusual flavor.

Arni is on a gluten free diet and asked for rice bread (an extra 75 cents) instead of the normal pita bread.

For those on gluten free and vegan diets the four page menu offers an abundance of options.

To get a range of the appetizers Arni ordered the MediTerra special which comes with four Chef choices ($12.95). We asked the server what that would include? The answer was “Chef’s choice.” Ok so what does he choose? “Shall I ask him?”

Fahri was helpful and asked what would you like?

Previously Arni has tried other appetizers and wanted to taste new ones. There are nine offered as well as combos.

Friends had recommended the terrific red lentil soup ($5.50). It did not disappoint.

Of course the litmus test of a Turkish themed restaurant is lamb. Rather than a kebab I wanted to experience something different and opted for Hunkar Begendi (cubes of lamb cooked with fresh herbs and tomato over roasted eggplant puree, $15.95).

The buzz around town is to try the home made baklava. My Israeli friend, David, raved “The Best ever.”

They were down to the last two slices and wisely Fahri advised to try it another day when the chef bakes a fresh tray. Downtowners are making a habit of dropping by for coffee and a baklava. Overall, repeat traffic is picking up as the word spreads.

We discussed the meal and these are Arni’s comments.

For the four selections of the appetizer plate the Vegan Falafel were crispy vegetable balls. In the Vegan Eggplant Salad I thought I tasted some potato but apparently not. There were finely cubed ingredients with a red tomato sauce. It was just wonderful.

The menu described a touch of olive oil with the hummus but it was missing. I would have liked that better.

So that was my dinner and it was more than enough for me.

I wanted to taste an unfamiliar but traditional Turkish way of preparing lamb. I asked for the Lamb Shank but it has been taken off of the menu.

My dish was interesting and certainly to be recommended. The generous amount of cubed lamb was served over a hot bed of eggplant puree. It proved to be an interesting combination of flavors. Next time I would opt for a more familiar kebab for which there are options of lamb, chicken, ground lamb and beef. There is the option of Mixed Kebab for Two ($24.95).

Arni tried the lamb and commented that she would surely order it another time. Overall she said “We had a wonderful experience. There was nothing to be critical about. Except the tiny comment about the olive oil on the hummus. It was excellent and we will happily come back.”