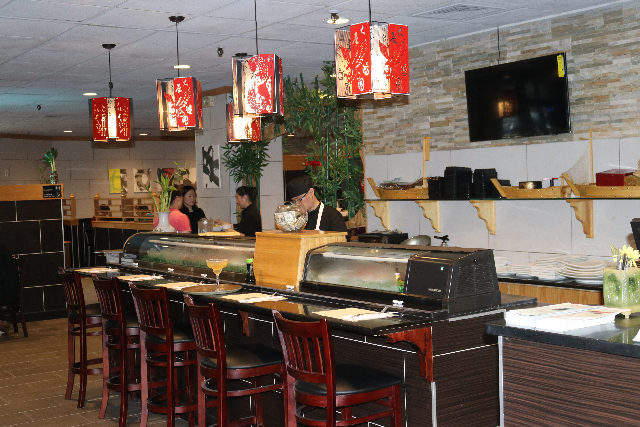 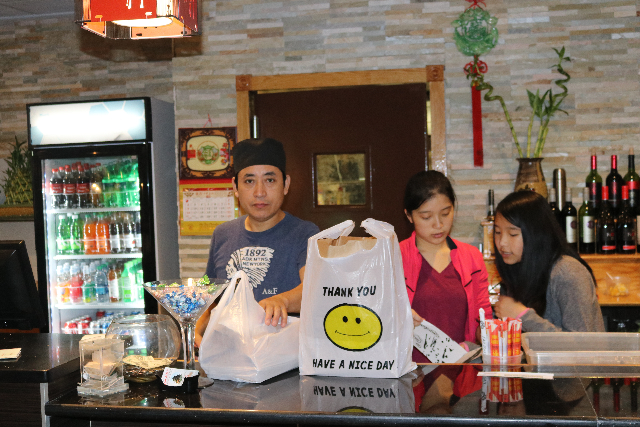 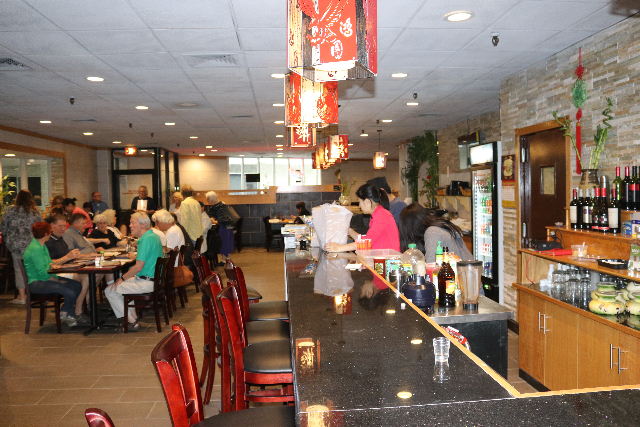 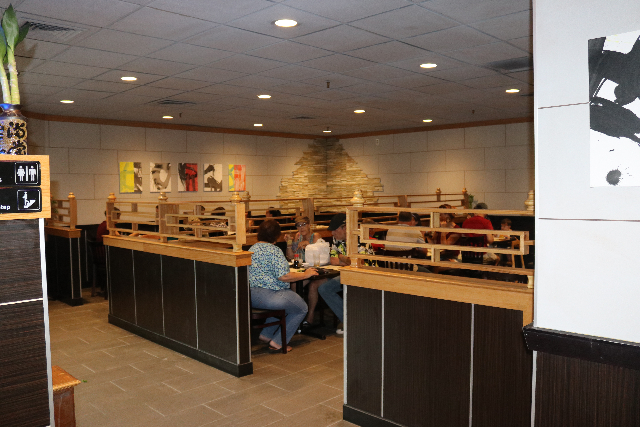 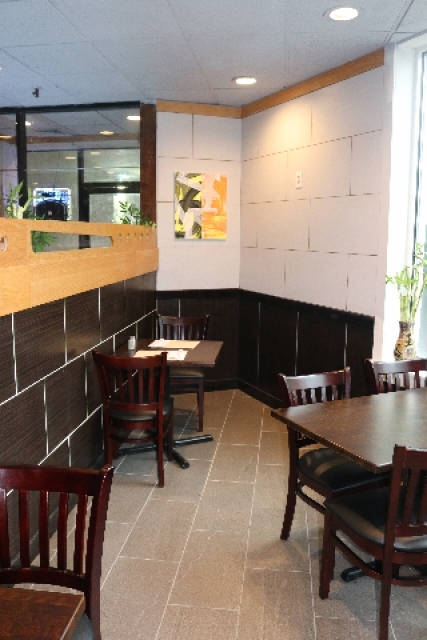 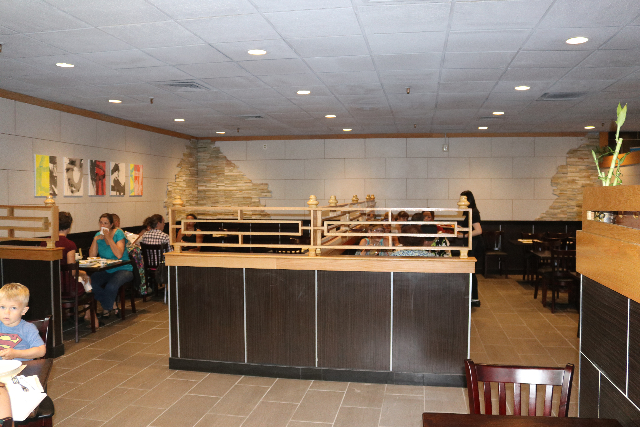 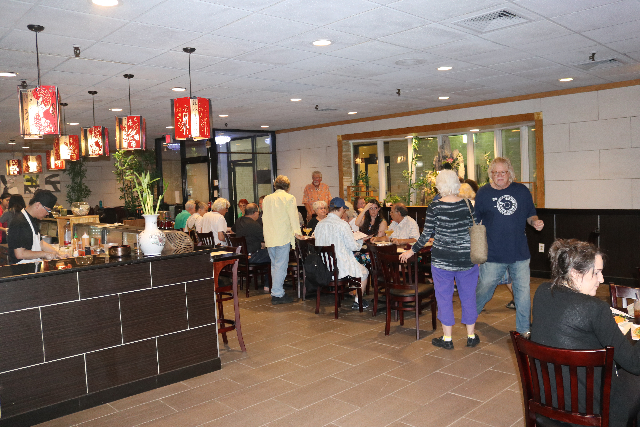 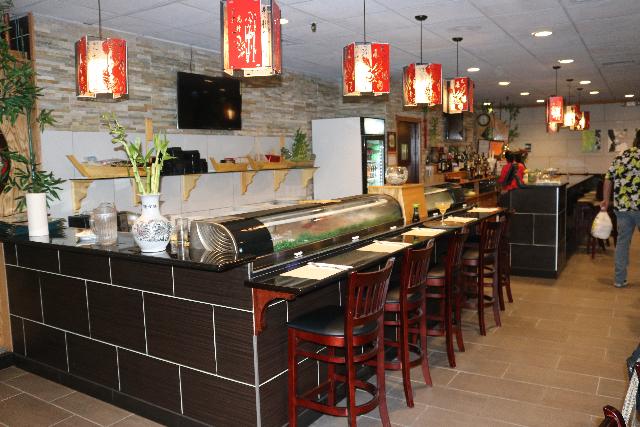 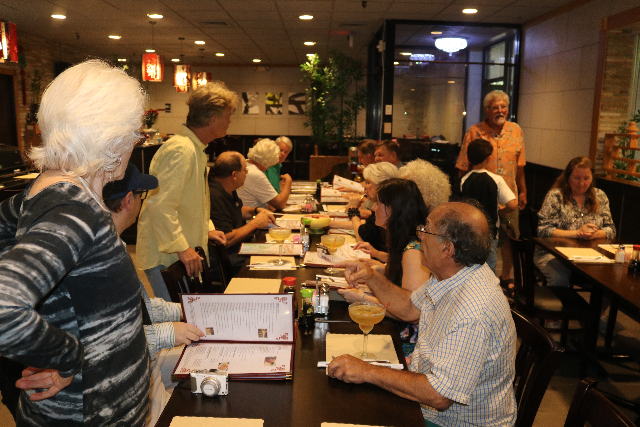 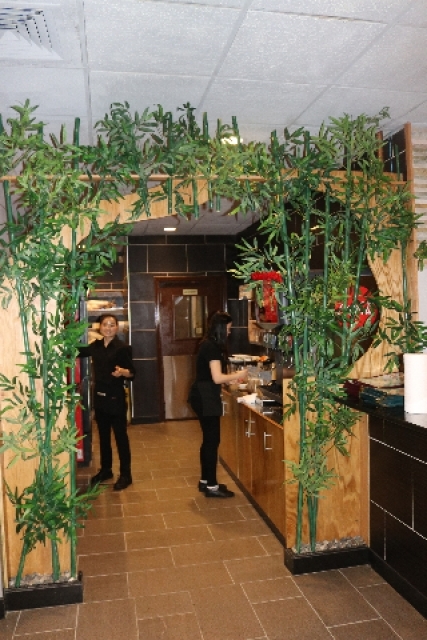 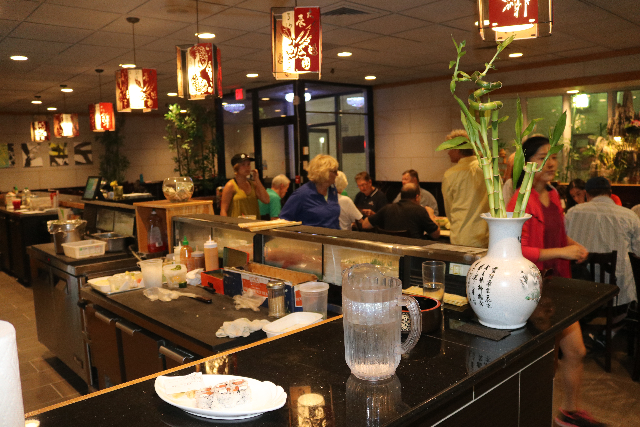 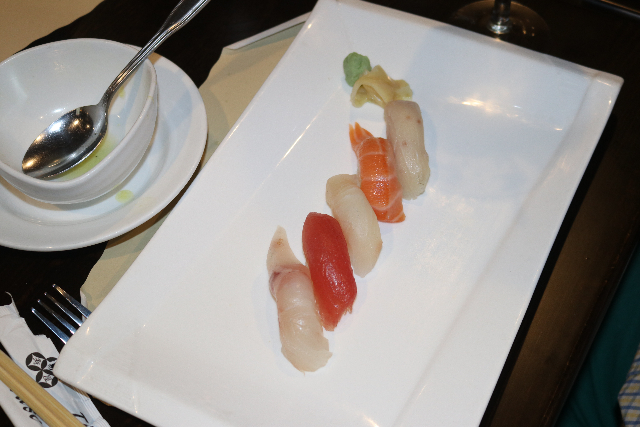 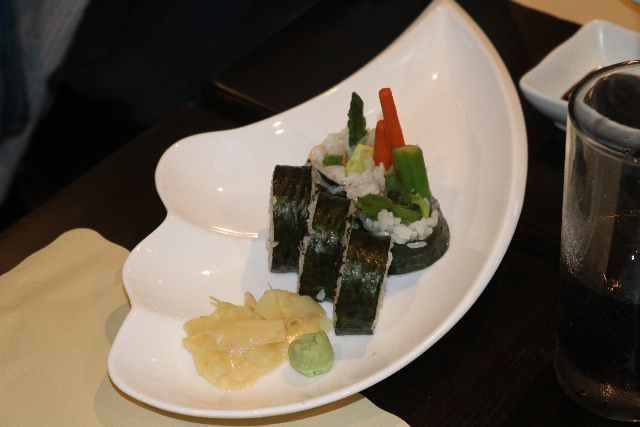 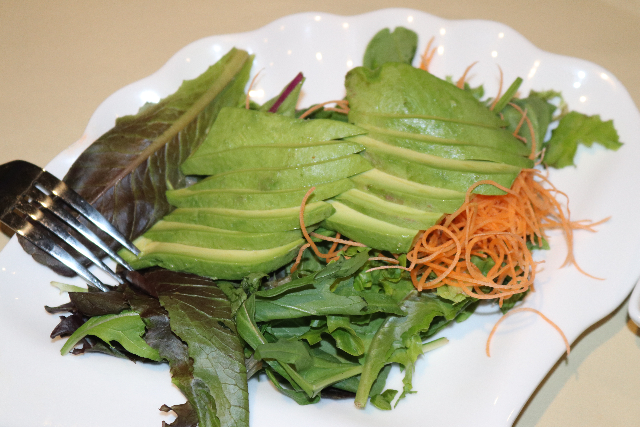 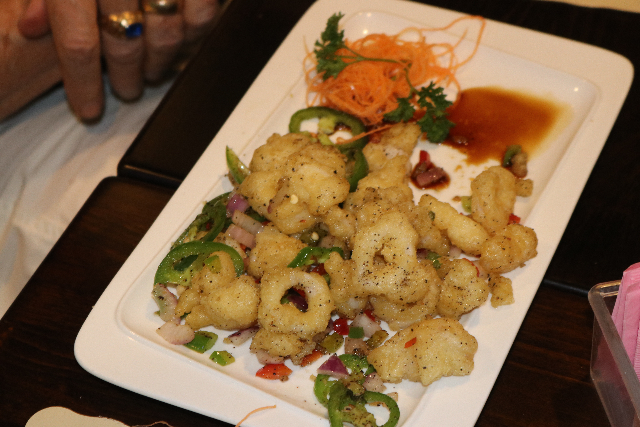 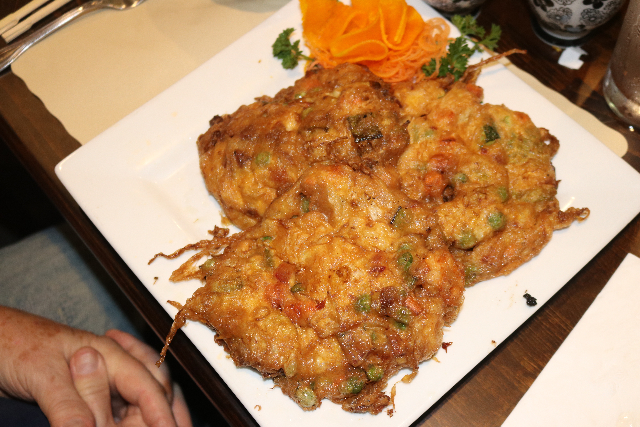 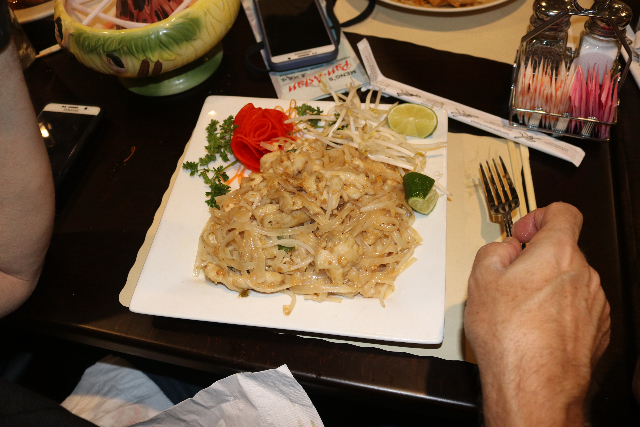 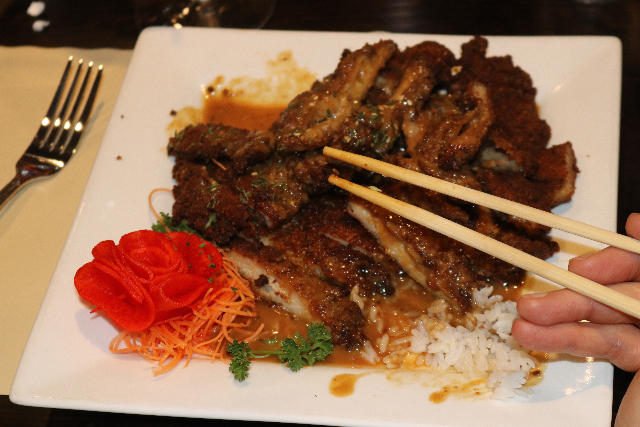 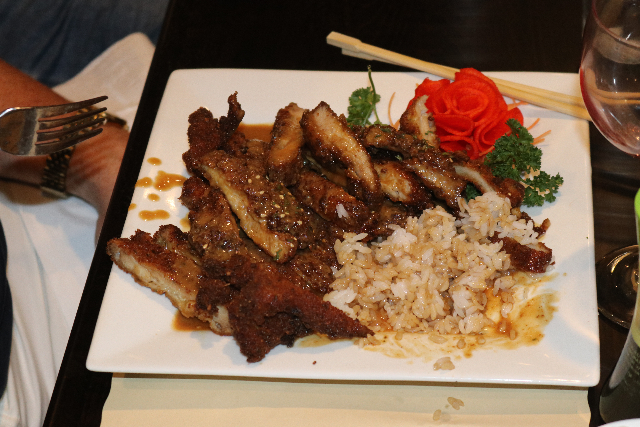 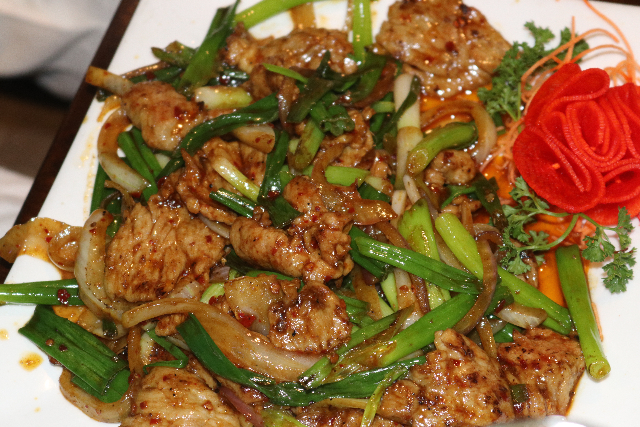 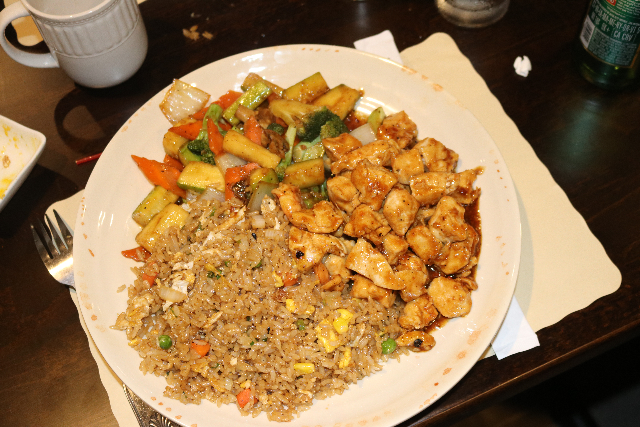 Thursday is the norm for meetings of local arts professionals at the popular Sushi House in North Adams. Recently, there have been as many as thirty enjoying the cuisine of beloved hostess, Joy, and her chef husband.

Often on a weeknight, particularly off season, other than our lively group the restaurant is rarely crowded.

Last night, however, with the launch of an extreme design makeover as Meng’s Pan Asian, the restaurant was packed.

It seems the word is out and everyone wanted in on the flavors and action.

Truly a family restaurant, in the best sense, it was all hands on deck. Even the extended staff had their hands full getting food to the many tables in a timely and orderly manner.

As usual a number of us started with her killer margaritas.

The restaurant has abandoned its Main Street frontage and developed down the alley in what was formerly the buffet.

So this new venture is both a consolidation and expansion.

The area which once comprised the buffet is where our large group will now meet.

Arriving on time, at 6:30, the anointed hour, we proved to be late for the party. There was a bit of musical chairs as we managed seats at the end of the table. The overflow dined at  an adjoining table. There are some logistics yet to be worked out.

Last week, for example, just to secure a seat one of our group arrived on Wednesday. He was surprised to find nobody there but came back the next evening.

The design is fresh and contemporary with generous use of tiles. The space is much the same configuration with modifications. There is now an attractive sushi bar where one can sit and watch the dexterity and finesse of the chef.

The menu and attractive prices remain much the same with some reorganization and new dishes. In addition to sushi there is an eclectic mix of Chinese, Thai and Korean cuisine, all of superb quality.

Meng’s will offer a  number of sushi and sashmi lunch specials from 11 AM to 3:30 PM.

The guests ordered their usual favorites while some of us wanted to sample new options on the menu from hibachi to, for the first time, egg foo young. I was torn and ordered the chicken hibachi which comes with soup and salad. A friend let me taste the generous portion of house egg foo young which I will definitely try next time.

Interacting with Joy, by the end of the evening, she seemed exhausted but pleased by the overwhelming response to the relaunch.

One of the best and most popular, family friendly restaurants in the region just got a whole lot better.