Concert at the Clark 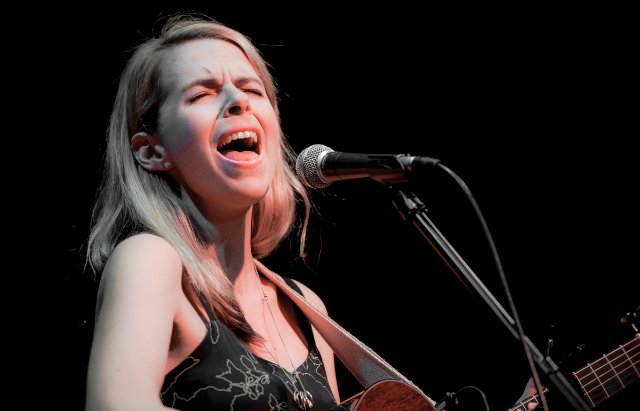 The Clark Art Institute hosts an outdoor concert by Grammy award-winning folk musician Aoife O’Donovan on Tuesday, July 19 at 6 pm on the Clark’s South Lawn near the Reflecting Pool. An Irish-American singer-songwriter, O’Donovan quietly dazzles with intimate songs that feel big and bold.

Aoife O’Donovan has released three critically acclaimed solo albums, is co-founder of the bands I’m With Her and Crooked Still; is the featured vocalist on The Goat Rodeo Sessions with Yo-Yo Ma, Stuart Duncan, Edgar Meyer, and Chris Thile; and spent a decade contributing to the radio variety shows “Live From Here” and “A Prairie Home Companion.” O’Donovan won a Grammy in 2020 with her band I’m With Her for Best American Roots Song for their song “Call My Name.”

Her voice is at once open and mysterious, compelling in its understatement. Where another singer might head for a showy, dramatic peak, O’Donovan often eases back, letting her phrases evaporate like mist. O’Donovan’s songs are rooted in folk tradition but full of musical surprises: daring melodic leaps, unexpected chord progressions, subtle rhythmic shifts.

The performance is free; no registration is required. Bring a picnic and your own seating. In the event of rain, the performance moves to the Clark’s auditorium, with seating provided on a first-come, first-served basis. For more information, visit clarkart.edu/events.