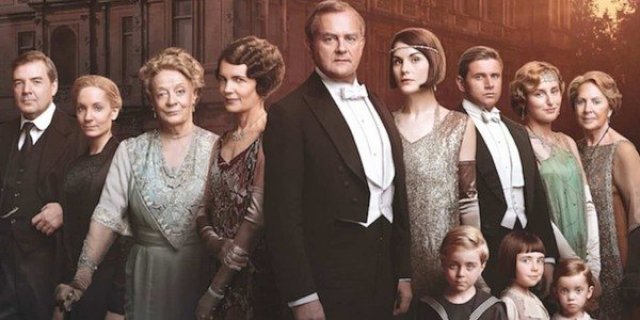 In the world of show business – plays, films, TV, cabaret, ballet, and the performing arts in general – the most formidable challenge to master is the one of coming up with a winning “sequel” when a smash hit presents the opportunity.

Margaret Mitchell and Harper Lee were ‘one novel wonders’.  Mitchell’s “Gone With the Wind” (ten years to write) and Lee’s “To Kill a Mocking Bird” (her only novel) is the proof that it’s extremely difficult to top a worldwide, runaway, smash-hit novel with a sequel.  Both authors eventually settled for a no sequel career to their one-time enormous success that each enjoyed as novelists.

Money in today’s entertainment commercial market place is a powerful and seductive business aphrodisiac.   The best vehicles for making millions of dollars today belong to the mediums of film and series TV.  Loyal book readers become eager movie patrons and fans for the ubiquitous “sequel” and alas, therein lies the producer’s dilemma.

Will it be the pot of gold waiting at the end of the rainbow become a blockbuster or a critical and box office disaster with disappointed fans?  And let’s not forget the investors who will be expecting a big monetary reward in their bank accounts.  Of course that was back in the halcyon days before the current Covid-19 pandemic arrived that changed the rules regarding all forms of the entertainment industry.

Which brings us to “Downtown Abbey” the movie whose fans have been waiting to see it for two years.  It’s the love-child of the eponymous BBC-TV series, “smashingly” written as they say in the U.K., from the brilliant pen of actor/producer/director/writer Lord Julian Fellowes.  Fellowes, is Life Peer, the Earl of West Stafford, Dorsett, England.  Fame is indeed illusive but some are destined to be selected for it.  Writer Julian Fellowes became not only one of the anointed ones, but also a victim of his own incredible success.

Who could have foreseen worldwide audiences take to their hearts the story of an English aristocratic family and the lives of their servants at the beginning of the 20th century?  Most of Europe for years had been distancing themselves from monarchies not embracing them, to say nothing of Americans now being asked to accept a TV series on the lifestyle they fought a war two hundred and twenty years ago to prevent it from ever happening to them again.

Just how successful was the popular TV series phenomena known as “Downton Abbey”?  Mind boggling and totally entertaining and one of the most endearing and engagingly written Masterpiece Theatre/ BBC  co-productions in the history of Public Broadcasting Service (PBS).  It ran for six seasons with audiences clamoring for Julian Fellowes to write another season. He authored all 70 episodes of the series.  He breathed a sigh of relief after season six ended.  Frankly, he needed a rest from the pressure of writing creative weekly scripts of such high quality for six straight years.

But success only breeds more success.  So, it was “once more dear friends into the breach” to quote “Henry V”.  Inevitably, “Downton Abbey” simply had to become a major motion picture written by Lord Julian Fellowes that the world was expecting.  But what would be the storyline?  The series ended two years ago with all the various story lines of the characters neatly wrapped up by Fellowes. What possibly could a new feature film storyline contain?  What indeed? After six seasons of episodes viewers and fans knew more about the characters of Downton Abbey, than they did about their own relatives.

A two year hiatus from the season finale of the highly successful TV series provided the now movie company creators time to dream up a storyline and begin to prepare the actors, the technicians, and the various technical components to do their “due diligence things” before filming actually would begin.

The creative team of the old TV series noodled over a variety of suitable premises for the feature movie.  The executives at the BBC and Masterpiece Theatre went “underground” so to speak, in not revealing any plot points of the movie everyone was eager to see.  It’s a clever marketing ploy to keep the “loyalists” panting for news of what the movie will be about and when it will be ready for viewing etc. It’s always good business to keep the project in the forefront of movie fans and the general public until D-Day arrives.

The movie’s exciting premise, however, was finally leaked.  The King and Queen of England, George V and Queen Mary, will make a Royal Visit to Downton Abbey in Yorkshire.  The visit will be part of a scheduled series of visits by their majesties to some of their favored aristocratic loyal subjects. Downton being high on their Majesties to visit list.

A storyline event like a Royal visit allows director Michael Engler to pull out all production stops.  It’s pretty much a given that no one does more colorful pageantry, pomp and ceremony than the Brits.  It in their DNA; which leaves one scratching one’s head to learn that Mr. Engler is an American movie director.

The Crawley family scored another ‘honor notch’ on their family’s coat-of-arms with this impending visit. The news brings Mr. Carson the Butler, and protector of all things Royal at Downton out of retirement, to once again take command of Downton Abbey’s downstairs household staff, including most of the principle characters who participated the original TV show.

Let’s face it “Downton Abbey”, is the most popular and successful worldwide aristocratic-based “soap opera” in the history of television. And what was not to like about it?  It’s every little English girl and boy’s fantasy to grow up to marry either a handsome prince or a beautiful princess.  It was the appealing stories in every episode that captured the hearts and emotions of its viewers regardless of country of origin.  TV’s “Downton Abbey” has been seen by more than 150 million viewers worldwide in some fifteen countries.  It’s the reigning champion in Masterpiece Theatre’s Pantheon of award winning television productions.

For me Downton Abbey, the “sequel” falls into the category of a nice film with a great pedigree but couldn’t quite reach the heights that everyone expected for the “sequel”.  It received mixed critical reviews, but that doesn’t mean fans won’t like it.  As I said in the opening paragraph: coming up with a winning sequel is a formidable challenge indeed, and difficult to write a sequel that will please everyone. Kudos to all who made “Downton Abbey” so memorable over six seasons and so compelling and enjoyable to watch.  And it’s always a pleasure to see old friends like the Crawley’s drop by to visit us every now and then.