Tristan and Isolde in Munich

Petrenko and Company Take Us Into the Beyond 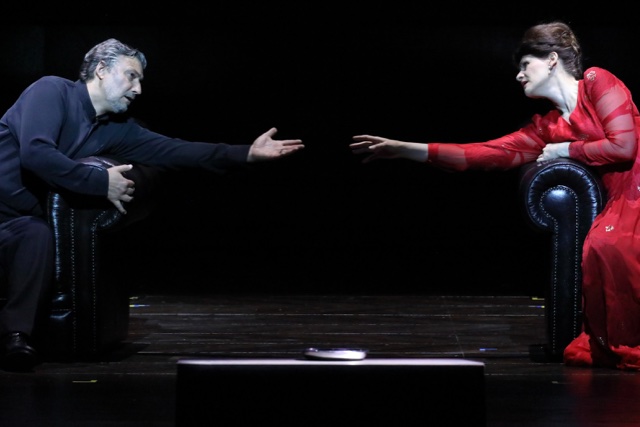 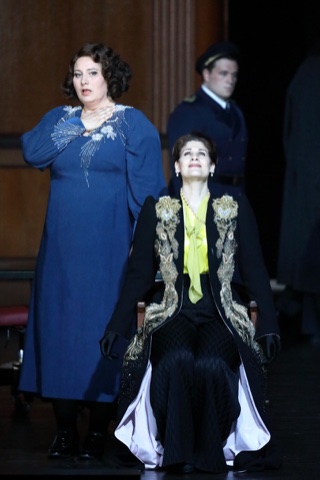 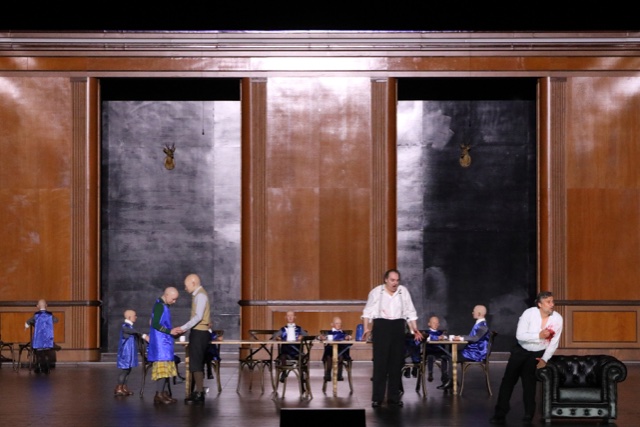 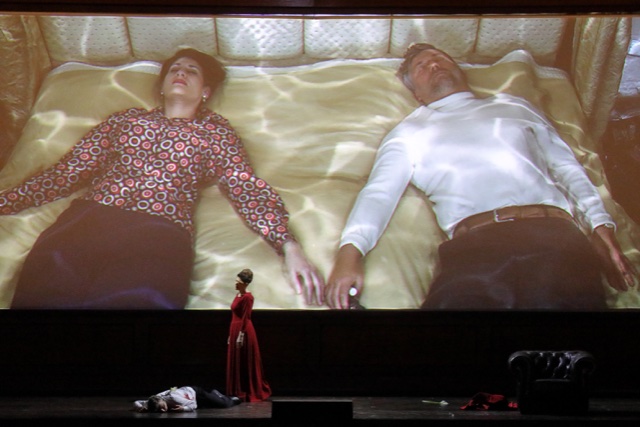 Anja Harteros and Jonas Kaufmann in Tristan and Isolde, Munich Is it in the real world? Photo Credit Wilfried Hösl

Kirill Petrenko and Jonas Kaufmann are still standing after four performances of the grueling Tristan and Isolde in Munich.  In 1869, the New York Times reported that Wagner’s music was driving people to insanity and suicide. “We learn from Munich that Herr Eberle, the piano-forte conductor, has gone mad over Tristan and Isolde and it is known that rehearsals of this unique opera had previously killed a celebrated German tenor, Ludwig Schnorr.”

We have not yet gotten used to this musical drama. Fortunately. For it is the composer’s intention to leave us hanging. The “Tristan” chord accompanies us and is not resolved for more than four hours, just before the final curtain descends. It is a little like Virgin Airlines founder Richard Branson gyrating on the edge of outer space. Yet eventually we land back on earth after a performance of Tristan and Isolde.

Waiting for the resolution was particularly tortuous as Kirill Petrenko slowly, majestically, insistently led the Bayerische State Opera’s Orchestra through one of their final appearances together with Petrenko as music director.

The new staging in Munich follows the composer’s instructions and suggestions closely.  Krzysztof Warlikowski, a Polish theatre director who created the Nowy Teatr (New Theatre) in Warsaw, is a frequent collaborator in Munich. He follows Wagner’s instruction to have Isolde first appear on a couch, which looks like a Freudian analyst’s office. Tristan awaits Isolde in Act III, dying on the same couch. Freud was fascinated by Wagner.  He wrote that no one delved depths in both music and drama as this composer did. In fact, through the expression of extremes of feeling, Wagner takes us out of the music and off the stage into a world of our own. We lose consciousness in Isolde’s rush of ecstatic words at the opera’s finale. Inhibitions fly away.

Water journeys are the back story of the drama. We are at sea in Act I. Isolde is sailing to Tristan in Act III. Warlikowski gives us the sea projected in drop down frames filled with floating airborne sea gulls and the rush of water. He drowns the lovers at the opera’s conclusion.

One 19th century conductor in New York recommended the opera for overworked businessmen as a means of relaxation, claiming that it has the power to “saturate the whole human system,” stimulating and revitalizing the weary. Today we are seduced by the music, and willing to succumb. Even eager. That Tristan and Isolde are often lying down, hints at what Thomas Mann wrote is “the opera’s lascivious desire for bed.”  It is the lascivious desire that also leads the principals to wish for an end. One of the projections gives us the bed, to which the lovers retreat on film, perhaps only in fantasy. Warlikowski shifts back and forth between wish and reality.

The pairing of Kaufmann and Anja Harteros has worked well in the past. It does in Tristan. Kaufmann’s tones are consistent, with the voice placed either in the head or at the back of the throat, giving a smoothness sharpened by an edge when required. The mix with Harteros’ often lush tones and briefly abrasive phrases, almost spoken, is satisfying. They repeat each other’s words as they move toward becoming one.  In fact, the words, in Liebestod, the love of death, do become one, as Isolde sings “I am Tristan,” and Tristan replies, “I am Isolde.

Tristan’s complexity in captured by Kaufmann, in gesture and tone. Kaufmann commands the drama in his voice. So too does Harteros, an unusual Isolde. She is fit to be Queen. Her bearing is regal. She is a physical actor, as she moves in step with the music. Her arms are unusually expressive. They can spread like the gulls when she is receptive. At one moment, she digs into Tristan with her elbow, a surprise.

Wagner wrote that his music could not be performed slowly enough. Leonard Bernstein conducted a notably slow Tristan with the Munich Radio Symphony Orchestra in 1981. It is one of the great performances of this mind-blowing opera. Kirill Petrenko concludes his post at the Munich Opera with a performance of this magnitude.

We first heard Petrenko conduct at the Metropolitan Opera in 2012, just before he found his roost in Munich. His Khovanshshina, a wonderful opera by Modest Mussorgsky, took your breath away.

Over the past decade, secrets of Petrenko's distinctive style have been revealed.  This musician knows every detail of a score. He has studied, reflected, listened, and then transmitted the information succinctly and clearly to his musicians. The members of the Berlin Philharmonic say this over and over again when they interview the Maestro. These instrumentalists voted to hire Petrenko. When they did, they knew perfectly well what they were getting.  A chance to exceed themselves, as the Maestro himself does. Rehearsals are not rehearsals for what will happen in performance. They are reviews and meditations on a composers’  intent and the notes and instructions they have written on the score and in commentary.

Then comes performance. Forget what you have previously rehearsed.  Just go for it. No one lives in the carefully prepared moment like Petrenko.  He brings his fellow artists along with him. Audiences chill and thrill.

One evening Bruno Walter, after conducting Tristan, was walking home with Thomas Mann and remarked, ‘That isn’t music any longer.”  Petrenko gives us a transcendent  feeling, but his interpretation leaves us also feeling the music deeply. The torment, the paralysis, the anguish composed is brought home in an extreme experience. Yet there is also delicacy. Petrenko seems suited to Wagner.

The instability Wagner dared to write is there, on the stage and in the pit in Munich. The production takes us beyond the beyond. We are released from inhibition, as though we too had imbibed the potion. We are loosed from the ties to the world, and embrace the impossible. An exquisite experience in the hands and voices of masters of their forms.

Petrenko gives us this music as narcotic, the composer's intent. The Munich State Opera delivers its potion.