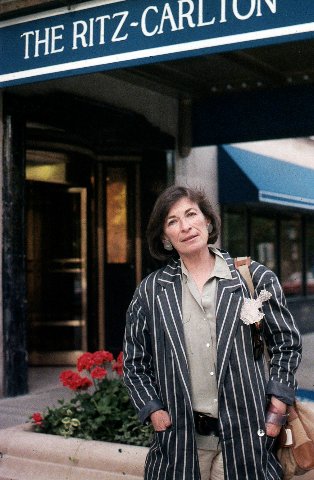 Portia's gallery was next to the Ritz. Giuliano ohotos. 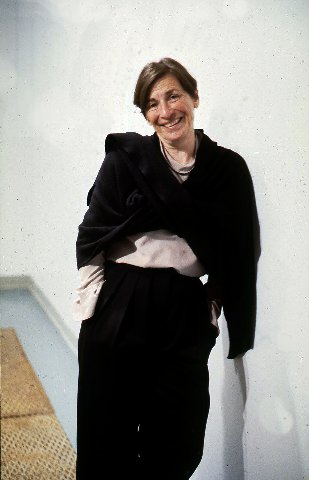 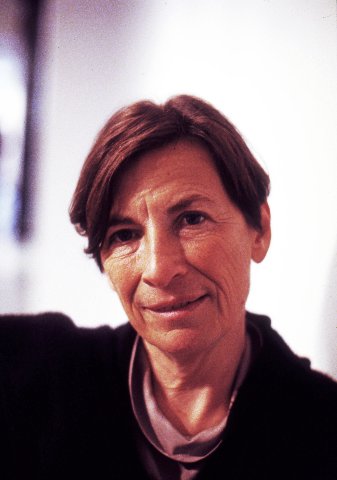 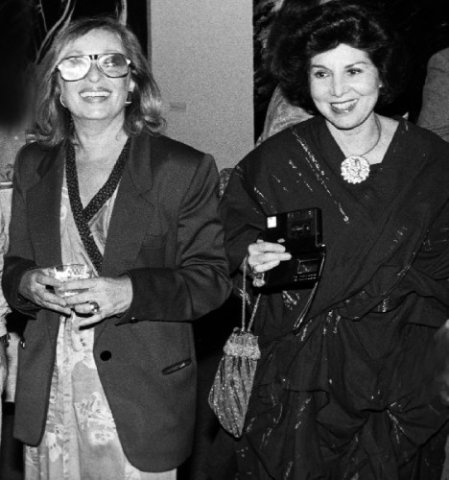 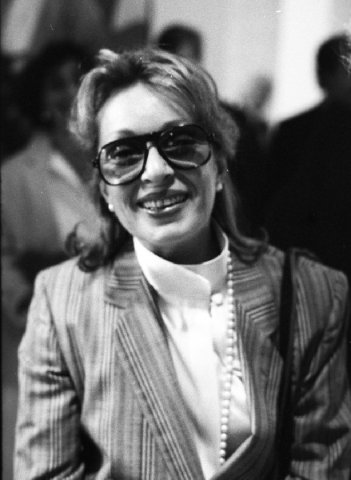 The Boston art world was saddened today to learn of the passing of legendary gallerist, Portia Harcus. The cause of death was lung cancer.

She was a significant factor in the seismic changes that roiled the Boston art world in the late 1960s.

Artists organized the Studio Coalition which proved to be the first open studios event in America. It was a great success as I reported for the alternative weekly Boston After Dark.

At the time Portia had a boutique space on Newbury Street which was the city’s gallery row.

While Boston boasted a venerable tradition of artists it was numbingly conservative. If a fish rots from the head down then the Museum of Fine Arts served that analogy. For the MFA the only good artists were dead ones and it was best if they were not Jewish, ethnic or of color.

The Institute of Contemporary Art had long struggled and in the summer of 1968 it closed shop in its venue at New England Life Hall on Newbury Street. It packed up and retreated back to cold storage at its former shanty shack on Soldier’s Field Road in Brighton.

Until the emergence of the Studio Coalition, which marked a vital new generation of artists, covering the fine arts in Boston was a tough beat.

Prior to that, it was pretty much impossible for an emerging artist to get a show on Newbury Street. But new stars were emerging with Kathy Porter as a breakout. From that group Andy Tavarelli was included in the Whitney Biennial. Other Boston artists would follow including Doug Andersen and The Starn Twins.

Andy showed with Portia and they became lifelong friends.

The emergence of the New York School and abstract expressionism marked the end of the hegemony of easel painting. Jackson Pollock spread canvas on the studio floor and danced around it flinging paint.

Artists like Andy, Dana Chandler, Jr., Michael Phillips, and Greg Amenoff, to mention but a few, were thinking big and required suitable space to show their work. For a time through Drew Hyde and the ICA the city commissioned murals and public sculptures along the Charles River Esplanade.

The four gallerists opened an industrial scaled space Parker 470, named for its address, across the tracks from the MFA, on Huntington Avenue.

For a time it thrived as the gallery presented the best of Boston conflated with artists with national reputations. They were doing the kind of work that it would take decades for the sleeping giant across the street to catch up to.

I suggested that it would be a great space for meetings with artists. As an art critic I gave the first lecture telling the audience of artists that they needed to do more for themselves. That began to happen with the organization of the Boston Visual Artists Union and the guerrilla assault on the MFA men’s room dubbed “Flush with the Walls.”

Perry T. Rathbone, the MFA director then near the end of his tenure, was invited to meet with a packed house of mostly hostile artists. The artist Tony Thompson hosted the Parker 470 event.

Oddly enough, the MFA at the time actually was doing something. It was about to open the exhibition “Elements: Earth, Air, Fire and Water” which proved to be the only truly avant-garde exhibition ever mounted by the museum.

The audience was painfully polite and respectful while Rathbone was clearly sweating bullets. The tension shattered from Joan Trachtman, wife of protest painter Arnie Trachtman, stridently asked what was on everyone’s mind. “Mr. Rathbone when will the MFA appoint a curator of contemporary art?”

There was a gasp as Perry fudged. Actually, as a tickle, the Smart Ducky artist, Todd McKee, dubbed him “Percy” Rathbone.

I always felt that the Parker 470 event and Flush With the Walls panicked the MFA. Rathbone’s daughter Belinda, however, insists that Perry was already searching for a contemporary curator. The trustees were at the time pursuing an ad hoc committee to determine the future direction of the museum and much needed reforms.

If only they had followed the advice of their insightful document. In addition to contemporary art it referenced a need for openness and diversity. Not pursuing that mandate came back to bite them in the ass decades later. It’s a mess that landed on current director Matthew Teitelbaum. With due diligence he is dragging the museum, which was founded in 1870, into the 21st  century.

Not long after the launch of Elements, as one of his last acts, Rathbone called me at the Herald Traveler to announce the appointment of Kenworth Moffett. That came at the ill advice of trustee Lewis Cabot who collected and dealt in color field painting as an “advisor.” Ken, a friend, was a gentleman and scholar with narrow taste. As a curator colleague put it “Ken was a decent guy who should have remained a scholar.”

It would seem that Parker 470 accomplished its mandate. But, literally, it was on the wrong side of the tracks and proved to be unsafe for visitors.

The team broke up. Harcus Krakow returned to Newbury Street. Sonnabend dealt privately from her home on Beacon Hill. Rosen was out of the game and died young.

Initially, Harcus Krakow operated out of a large and expensive space just steps from the upscale Ritz Carlton Hotel. That is where I photographed her in the image that accompanies this piece.

Then Krakow moved to an upper floor across the street dealing primarily in prints and drawings. Famously, she commissioned a Sol LeWitt wall painting for her home.

Portia was one of several gallerists who opened large, cheaper spaces on South Street, across from Chinatown, in what had been the leather district. Other gallerists in that cluster included Mario Diacono, Howard Yezerski, and Thomas Segal.

For a time, the galleries thrived as the matrix of the art world shifted from Newbury Street which scaled down to Gallery Naga and Nina Nielsen, Pucker Safrai, the venerable Childs and Vose, as well as some tacky commercial galleries.

The disruptions of the Big Dig ended the South Street galleries.

When Portia closed she did not relocate but continued to deal privately.

In my contact I found her open, sophisticated and charming. She had a passion for skiing and trips to Aspen. As a critic I found that she had an abrasive side but was truly a soft touch for artists who in turn loved her madly.