Going To the Dogs 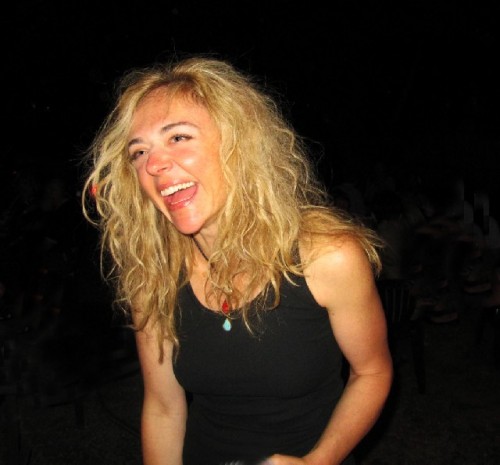 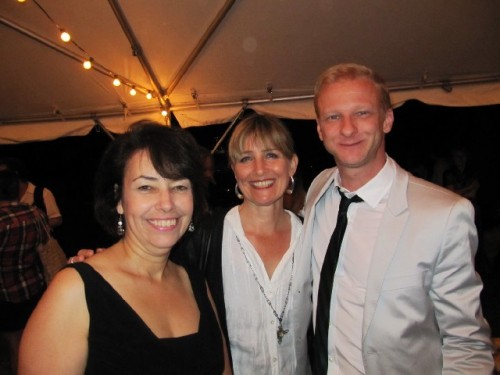 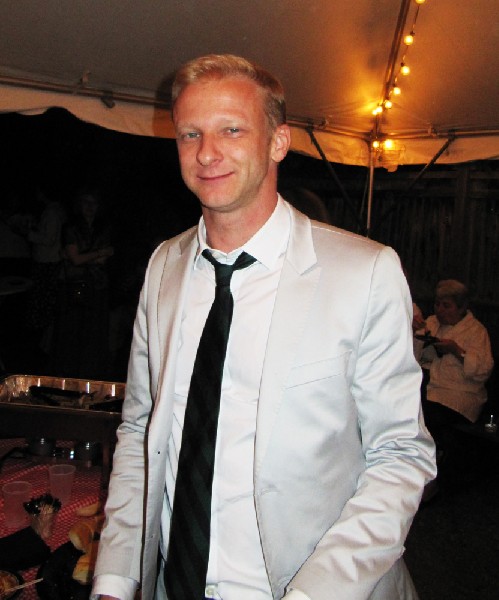 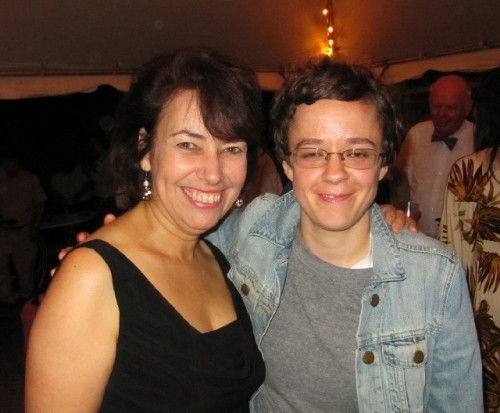 Kate and her daughter enjoyed the party after the opening night of Sylvia. 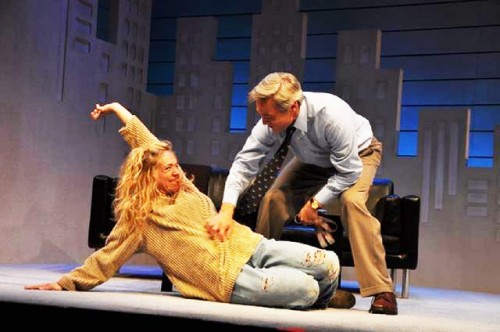 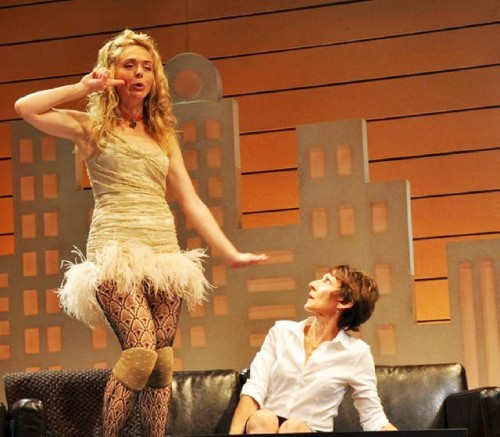 Kate (Jurian Hughes) is not amused when Sylvia jumps on the couch. 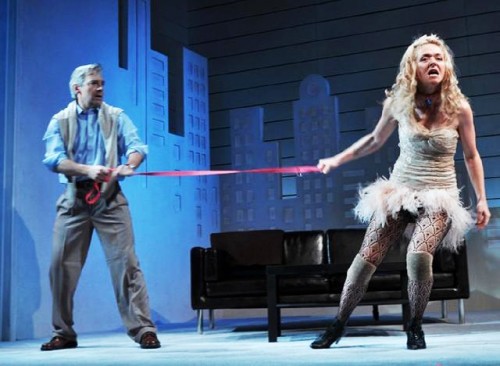 Sylvia takes Greg for a walk in the park.

What happens when Man’s Best Friend, in this case a stray which is half lab and half poodle, comes between a man and his wife? He wants to keep the lovable pooch and she, in the confines of a New York apartment, definitely does not. The conflict threatens to break up an otherwise solid, twenty two year marriage.

In this hilarious comedy by A.R. Gurney, you will laugh yourself silly, as the talking, loveable, canine played with robust, frenetic, endearing energy by Rachel Bay Jones. Sylvia, is just bitchin awesome.

During its run, through July 30, this Berkshire Theatre Festival smash is sure to provide the great escape of the summer season. Surely if the Tea Party nutcakes in D.C. have their way, and cause what Obama has described as “Armageddon” when the government defaults and the market tanks on August 1, well folks, by then, we are all going to need a few laughs.

And that’s not funny.

From the first moment that Sylvia bounds on stage, in a sparing set by R. Michael Miller, until the final scene when we wipe away tears learning that she has been put down after twelve years, we are entirely enraptured by this delightful romp.

While Jones is the comedic vortex of this furiously paced comedy there is a perfect cast of supporting actors. We truly feel for Greg (David Adkins) who is stagnating in a job he hates.

Whenever Sylvia is romping about the laughter is contagious and thunders through the theatre. The cacophony of joy blows the roof off.  Jones is just a deliciously inventive comic genius and director Anders Cato has wisely let the adorable mongrel off the leash. She romps all over the set jumping up on the couch, a no no, and rolling about on the floor.

There are lulls however when Sylvia wanders off to play with the other dogs. She has the hots for Bowser who pops her in the park. Or has conflict scenes with Kate. None of Sylvia’s tricks work on her. And in a scene which just slows down the fun, Kate complains to the farcical Phyllis, it seems that that Sylvia drinks out of the toilet bowl. Definitely a doggie thing. The therapy scene is played so over the top that it becomes a non sequitor.

The challenge for Gurney was to drag a gag, the cute talking dog, into a two act play. Here and there we feel the strain. Hudson was terrific in his three roles but other than Tom,  Greg’s walking the dog buddy, the other two roles seemed superfluous. There was more than enough conflict and comedic variety between husband and wife and their differences over the family pet.

While the play is fun, fun, fun it also has substance and traction as it explores the issues of sustaining a marriage. Having sent the kids off to college the couple have moved to an apartment in Manhattan. Greg is having a midlife crisis and wants to skip out of work and spend afternoons in the park romping with Sylvia. Hey, can we blame him? While Kate, the pragmatic wife, reminds him of bills to pay including kids in college and a mortgage.

After years of raising a family Kate aspires to teach English to inner city kids. She has worked hard to earn degrees and is ambitious to get on with a long stalled career. A crisis emerges when she earns a grant to study in England for six months. It seems that there is a six month quarantine on pets. Even Liz Taylor wasn’t able to bring her pets. So they will have to get rid of Sylvia. Or Greg will just stay home. He feels that she applied for the grant in England as a deliberate plan to get rid of the dog which is competing for her love and affection.

It is clear that he is more enamored of Sylvia than Kate when he orders his wife to “Sit.” Eventually he is treating Kate like a dog.

When push comes to shove Greg relents and finds a nice suburban home for Sylvia. It is a truly heart wrenching scene. He is all tore up but, given a choice, he has opted to save the marriage and join his wife in England. She, on the other hand, realizes that she will win the battle and loose the war.

So there is a kind of three hankie, weepy sobby ending.

It resonated with all of us who have lost a beloved pet. That is the reason I can no longer keep them. The tales of their demise are too devastating. Like the winter in New York when I put Mooshi Moosh, a stray cat that loved me every bit as much as Sylvia, in the freezer to bury in spring when the ground thawed. Or the parakeet at the bottom of the bird cage, Dizzy Gillespie, that Astrid helped me to dig a grave for after our first three months of dating. Well, you know what I mean.

There was so much to like about this production. In a minimalist way the set by Miller perfectly conveyed the severity of a New York apartment. It was sparingly appointed with a Bauhaus leather couch and two Marcel Breuer chairs. The skyline was neatly illuminated during Greg’s walks to convey the cityscape. A truly fabulous and inventive moment about love, loss and separation occurred when composer/ sound designer Scott Killian had Greg, Sylvia, and Kate sing Cole Porter’s “Ev’ry Time We Say Goodbye.” It was delicious. The costume designs by Olivera Gajic transformed Sylvia from ragtag pooch and stray to frilly, sexy, in heat coquette.

Even in the end flinty, pragmatic Kate melted. She made her peace with Sylvia whom she insisted on referring to as Saliva.

Every dog has its day. Mondo cane. Sylvia will make you laugh and cry. Woof.