The Chinese Room at Williamstown 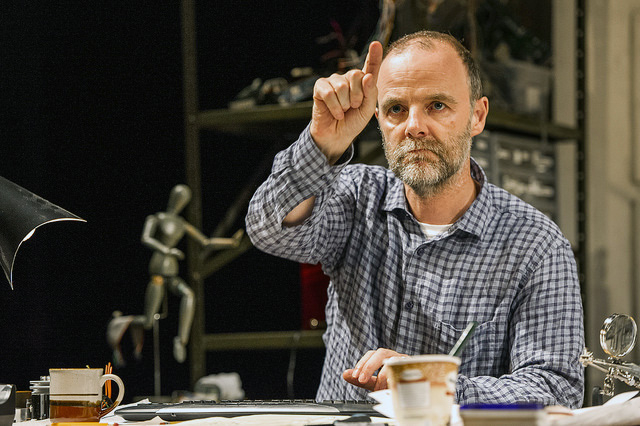 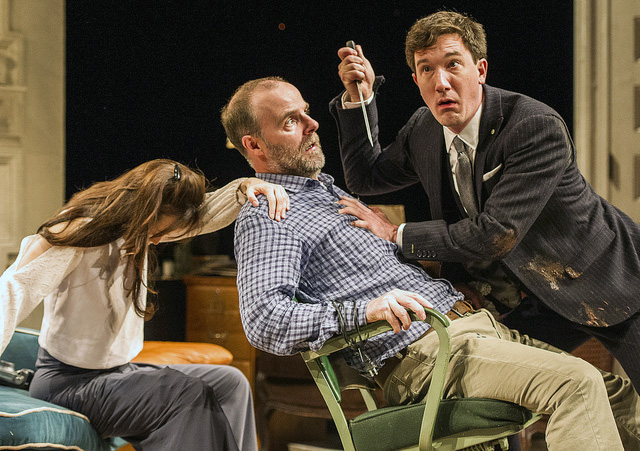 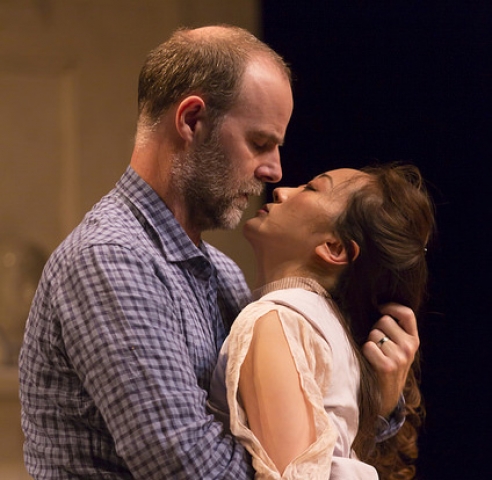 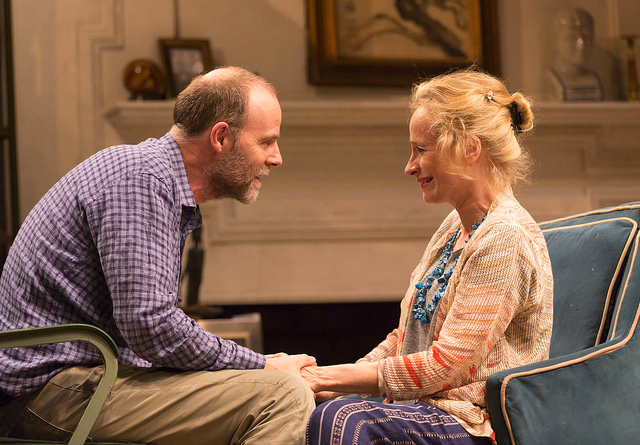 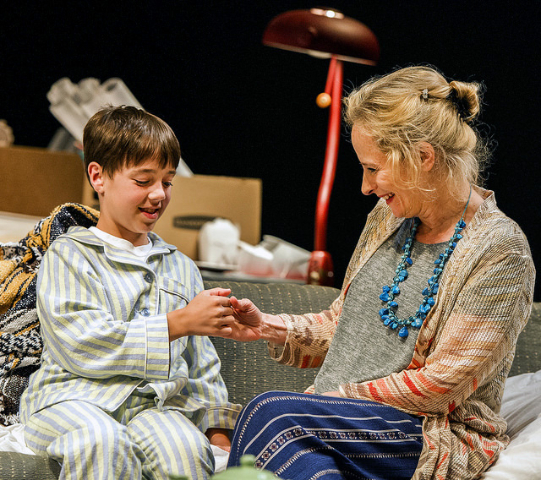 The Irish playwright, Michael West, was commissioned by Manhattan Theatre Club to write a play with science as its theme. That evolved into what he describes as low-tech, sci-fi on the theme of artificial intelligence and advanced robotics.

His play, rare for theatre but common for cinema and television, The Chinese Room, is having its world premiere at the Williamstown Theatre Festival prior to a transfer to Manhattan Theatre Club.

At this point, as directed by James Macdonald, it is a work in progress but had the opening night audience in stitches. With some judicious pruning and fine tuning it has the potential to be a smash in New York.

This assessment is based on a terrific cast with versatility and passion to make this play truly hilarious. While framed as a comedy the writing of West delves deeply into issues of our humanity, as reflected by contemporary versions of the Frankenstein mythology, the nature and loss of memory, and of course the complex driving forces of love.

The word ‘robot’ derives from an avant-garde 1920 Czech “Rossum’s Universal Robots” or “RUR” which I read as a teenager in a compellation of plays. One might also think back to Disney’s “Pinnochio” about the puppet who aspired to be a real little boy.

The theme of robots with compelling naturalism is hardly new or unique but it is given a first class romp in this clever and absorbing new play.

In a set that is a confusing jumble of clutter by Dane Laffrey the scientist Frank (Brian O’Byrne) is frantically working at his computer.

The scene, a study in Connecticut, arguably evokes the future given its advanced technology but seems more like the trashy home of a here and now garage inventor who has made amazing strides in the field of robotics. There is a disconnect and one has to sort this but the décor and ambiance seem a bit off.

In a superb performance by O’Byrne Frank is desperately trying to access the main frame of the firm he was significant in founding. For reasons that could be more sharply defined he has been terminated. A robot Daniel (Carson Elrod) has been dispatched to collect his intellectual property.

Frank is being offered a research fellowship founded in his name but is denied access to company labs and resources.

The conflict focuses on a crucial access key which Frank has misplaced in all the clutter. He remembers being deliberate about putting it some place where he could remember but he can’t remember where that is.

That gives you some idea of how memory and forgetfulness play out in this witty concoction.

It has to do with his wife Lily (Laila Robins) who is suffering from early onset Alzheimer’s Disease. She wants to go home but Frank constantly reminds her that she is home. There is also some confusion about the arrival of a mysterious man who may be her new or next husband. There is also her first, ex husband, who is the president of Frank’s corporation, a former friend, colleague and adversary.

Yeah, I know, this isn’t quite making sense. Add to that “the other woman” Susannah (Sue Jean Kim) who is an advanced robot with ambition to break free and see the world.

Then finally there is the juvenile Zack (Elliot Trainor) who is in pajamas and wants his dad, or is he, to read a bedtime story. Frank has been making one up and Zack wants to see it concluded. He has even made a drawing of how it might come out.

While Frank’s inventions and company have made great strides there are obvious glitches. We see that in frequent lapses and breakdowns suffered by Susannah. She stutters and shudders through mechanical failures.

If Frank can get on line to the company he will reboot her as well as Lily (she has chips implanted in her brain) but that puts a strain on the system that causes brownouts in the Northeast Corridor.

The business plan of Frank’s associates is to break up the assets, including intellectual property, and sell the whole kit and caboodle to the Chinese. Hence The Chinese Room.

There are, however, a lot of twists and turns before that happens.

Getting a runaround from Frank the robot Daniel gets ever more aggressive ratcheting up to threats and assault. This  morphing of the character was played brilliantly Elrod. During the second act there is another incredible shift when the robot becomes the vehicle for Frank’s hospital ridden boss and rival.

There is a lot of physical comedy and tossing about well choreographed by Thomas Schall. Behind the couch, with great fun, in a rage Frank dispatches Daniel. Is this a murder scene? Can it be a crime to kill a robot?

Then Daniel, now really pissed off, returns. It’s a plot point that’s a stretch for the audience. We wonder what really happened behind the couch and how is it plausible that the robot escaped? These are among the loose ends that need to make more sense.

There are three basic modes to Elrod’s character and he handles the transitions deftly with comedic genius.

By the second act we are riveted by the full tilt boogie of action on stage. Time flies when you’re having fun. There are enough twists and turns to give you dizzy bed spins.

With all the plot points reaching a crescendo it becomes a conundrum of how to resolve the mishegos.

The action starts to wind down with what is now a prolonged, not terribly amusing, stretched out conclusion. This is an area that would benefit from rethinking and compression.

Right now this play seems on the verge of prime time and runaway success. Having it run before a sophisticated audience in Williamstown allows for making edits to get it right when it opens again in New York. By then count on The Chinese Room to be a boffo hit Off Broadway.