Where Storms are Born in Williamstown 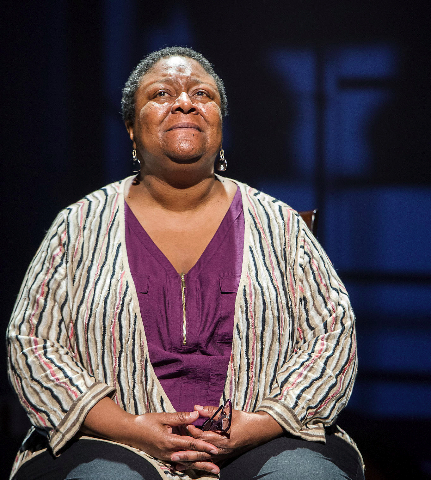 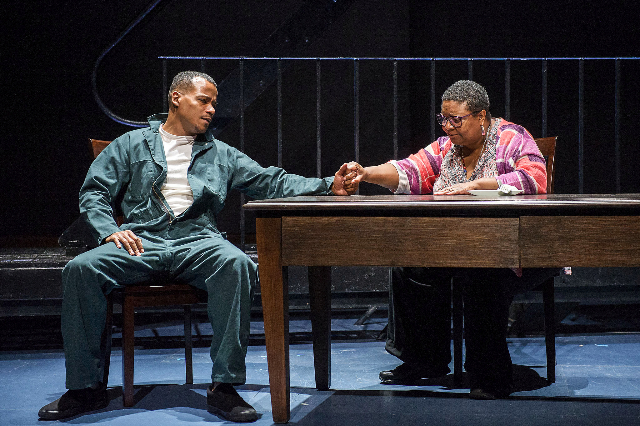 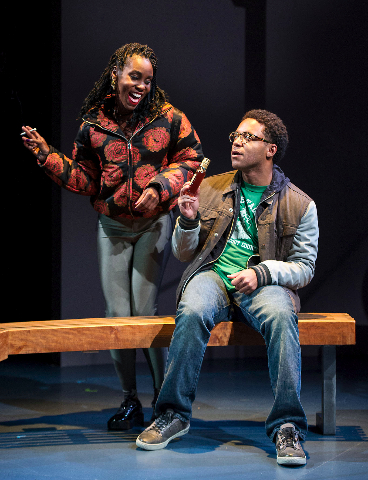 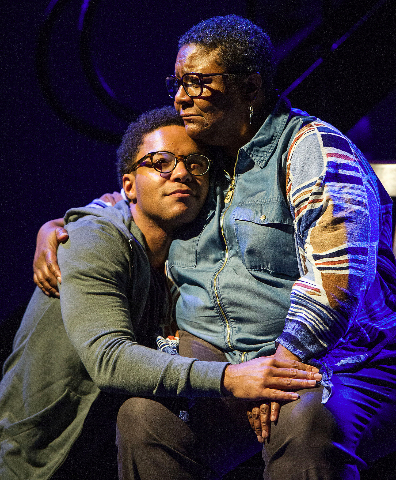 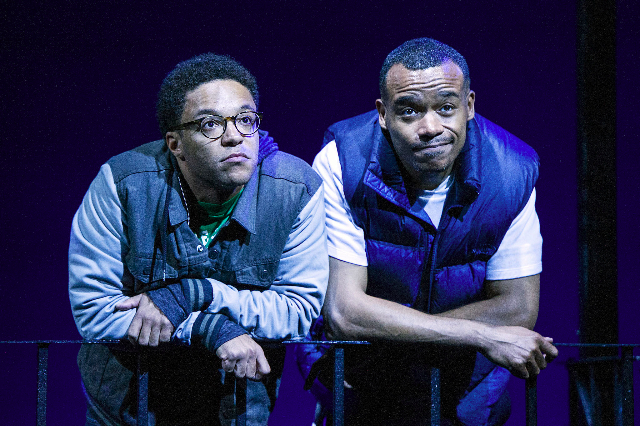 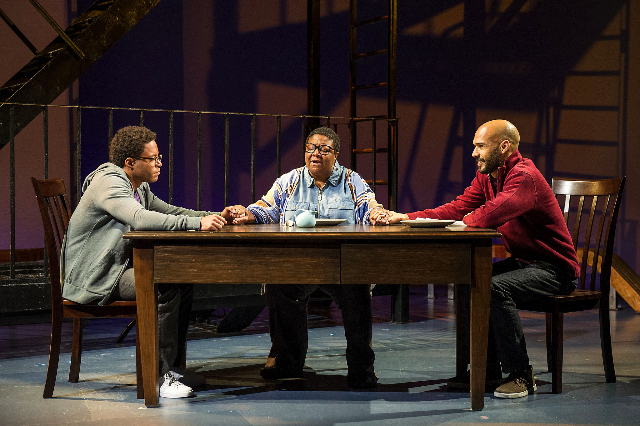 There is a stark steel set, a jungle gym of stairs and platforms on three levels (designed by Arnulfo Maldonado) with a back wall lit with saturated high chroma color, designed by Davie Weiner.

This harsh, unyielding use of a steel structure  signifies to the audience the austerity of a taut drama Where Storms Are born by Harrison David Rivers. He was a playwright in residence last summer at Williamstown Theatre Festival and has returned with the world premiere of his urban drama.

We feel immediate empathy for Bethea (Myra Lucretia Taylor) a mother visiting the prison where her son Myles (Leroy McClain) recently died while serving a life sentence for murder committed in a botched robbery. Convicted as a teenager it appears that he took the rap rather than rat out a friend. Now in his 30s he has grave doubts about the  cost of loyalty.

There is a poignant exchange with Luke (Luis Vega) an empathetic prison guard who knew her son and discovered the body. Pressing she wants to know the precise place and position of her son in his last moments. With gentle insistence she requests that he demonstrate by lying down on the floor.

Surprisingly he complies. Then we are shocked when she assumes that position on the floor wanting to feel his last moments.

It is a galvanic moment evoking a strong empathetic response from the audience. But there is also a concern about the plausability of such a moment. For a scene with such powerful emotionl impact the playwright opts to suspend our sense of reality. That is the first of too many questionable plot points and convenient dramatic reversals.

Is that the likely interaction between a hardened guard and the mother of a deceased inmate?  Being constantly bombarded by often life-threatening interactions with inmates, as a profession, guards must develop thick skin  and defensive postures as a means of survival. Is it likely that the mother of an inmate  could so readily pierce that armor?

As a dramatic device it established her strength as the emotional matrix of the drama as well as the guard's sensitivity and weakness which the playwright will exploit as an implausible plot point.

Later in the drama it is revealed that Luke is gay. Through an awkward chance encounter in the men’s room of a bar  he comes on to Bethea’s son Gideon (Christopher Livingston). With a few impediments they become friends and lovers. During a dinner with Gideon and Bethea he later awkwardly produces what proves to be her son’s suicide note.

That triggers the explosive end of a ninety minute, one act play.

In a remarkable performance Myra Lucretia Taylor's Bethea is the heart and sould of the drama that surrounds her. The plot lines of the other charcacters run through her. In the too common absence of men in black families, through abandonment, premature death often by violence, or incarceration she embodies the familar role of God fearing matriach. In a fine performance she aptly represents unquenchable moral authority in the family and by extension the community.

As the playwright reveals, however, that self-contained righteousness can be smothering to her sons and autocratic to all who enter her domain.

There are compelling moments in the drama that explore the issues of loss and incarceration that roil the family.

Now some 15 years later Bethea cannot let go of the memory of her deceased husband. Her son  Gideon (Christopher Livingston) played as weak, sensitive, lonely, insecure and gay is fed up with hearing about it. He has declined to join his mother for bus trips to Ossining to visit Myles

These meetings do not go well as there is really no news or progress to share. We are left to wonder who benefits through the visits, the inmate, or his mother? In a meeting just prior to his death he has a shiner. He explains that in prison parlance “I fell.” It is evident that he is stressed to the brink of what will result in suicide.

Another character and catalyst for plot points is Worthy (Joniece Abbott-Pratt) the high energy, trash talking, best friend of Gideon. While her appearance ratchets up a mostly somber drama the director, Saheem Ali, might adjust her thermostat. Her antics upstage and blow away the meek Gideon who does not fare well in their scenes. As Worthy puts it she has been "kicking his ass" since they were kids.

There is a lot of smarmy talk about their sex lives comparing her promiscuity and his celibacy. In an outburst, she states "We got to get you laid." How she unilaterally advances that plan leads to the connection of Luke, the guard, and Gideon, the brother of a dead inmate.

We don’t quite know what to make of Benton (Joshua Boone) a drug dealer and street hood who uses Gideon for sex. In an exchange he asks if Benton also fucked his brother? We don’t get an answer but in the reveal it appears that he surely fucked over Myles.

Wrapping up the drama the conclusion feels forced, unresolved and lacking in logic. Seemingly, the playwright has constructed a message play and struggled to create an appropriate conclusion. This equates to an emotional response from the appreciative audience. How it reached that impact, however, is serendipitous. With further work, and more polished direction,  the relative strength and weakness of the characters might feel less contrived.