In The Penal Colony Updated by Miranda Haymon

Powerful Kafka in the Present 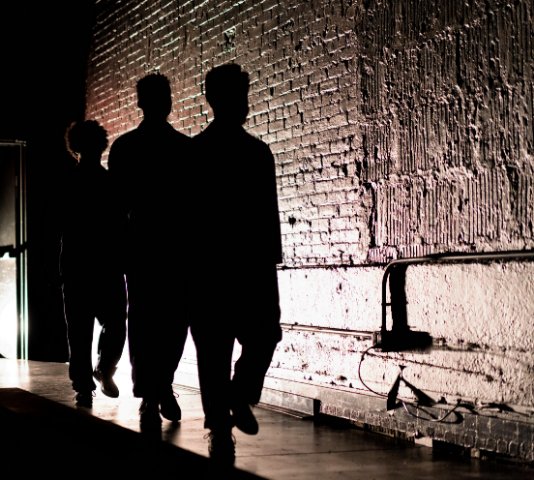 In the Penal Colony at Next Door Photos by Erica B. Sneider 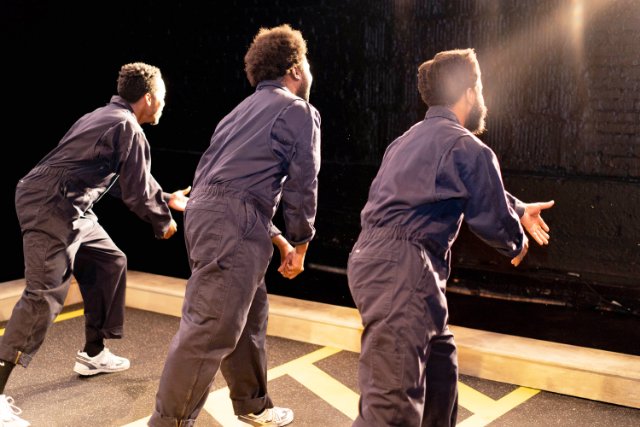 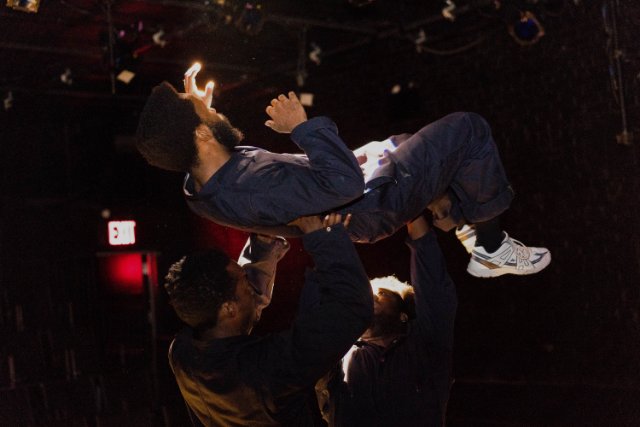 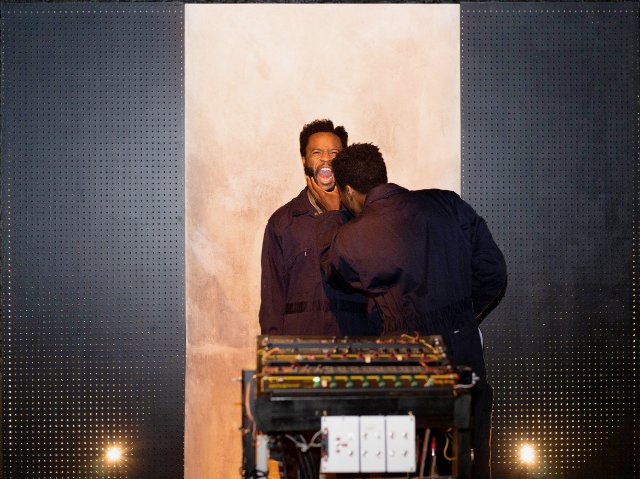 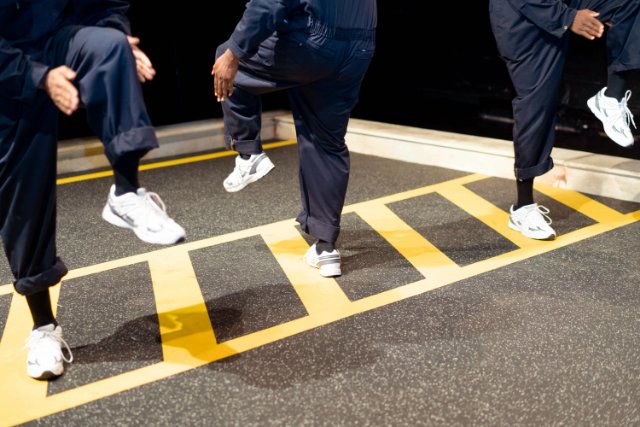 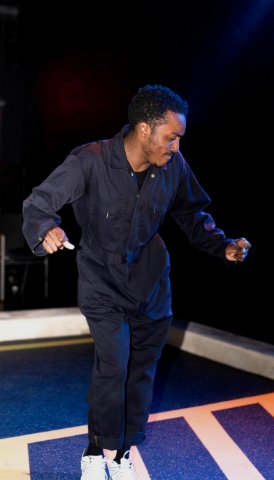 At Next Door at New York Theatre Workshop, the Hodgepodge Group and Lucy Powis present In the Penal Colony a new and dynamic re-creation of Kafka's story by writer/director Miranda Haymon. What are the personal responsibilities of those who bear witness to the abuse of power? What is the relationship of the victim to the support of  breaking institutional norms?  What of the admiration for power, and the adulation of murderous solutions? At what point can we shed the reverence for brutal traditions?

Haymon brings these society shattering questions that Kafka posed a hundred yeas ago into our present social construct.  With few props and scenery,  working with only three characters, and effectively using song, lighting (Cha See) and dance, Haymon reconstructs our consciousness.  The haunting "Chain Gang" song by Sam Cooke resets our clock.

Jamar Brathwaite as The Officer, Dhari Noel as The Traveler and Davis Glover as the Condemned  are powerful. Victims and perpetrators are trapped within the grotesque reality of the penal colony and its perfectly made execution machine. The  Officer remains filled with admiration for the efficacy of his killing machine invented by the deceased Commandant. The Condemned ultimately seeks a way out for himself and an opportunity to turn the tables. Punishment demands the acceptance of the power of the perpetrator by the victims and the internalization of precepts of the institution, even if it is a machine of death.

We, like the Traveler, are privy to the pain and the exultation caused by the machine. But we are not trapped by it. We are thereby able to make a moral judgment. Yet what action can we take? We, like the Traveler, bear witness to a penal system that is neither just nor corrective. It throws the innocent in with the guilty, and justifies itself by applauding tradition.

Haymon looks into our own prison system, our over incarceration of Black men in America, our death row innocents and imprisonment as a method of control. She does so without being heavy handed or didactic. The images of basketball, rap music, chain gangs  prison yards  and  required  conformity wash through the piece. They leave no doubt that we are indeed being asked to look at our own penal colony. Although Kafka wrote the story in Germany, on the eve of World War I, this interpretation is both modern and timeless. It is well worth seeing. The seamlessly integrated use of the lighting and sound by Valentine Monfuega and the production team create engaging theater.