At Thrown Stone Theater in Ridgefield 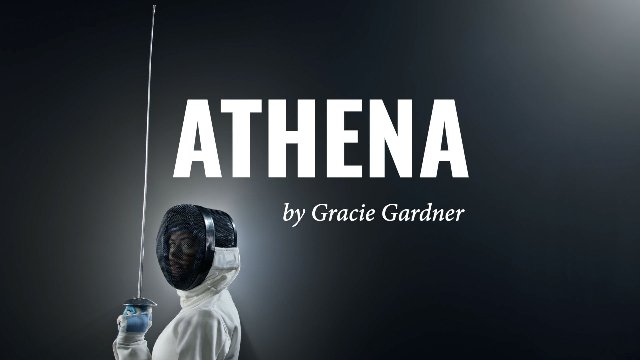 Teenage angst is not necessarily the material for meaningful drama. Athena by Gracie Gardner one of two plays at Thrown Stone Theater in Ridgefield reveals the hazards. It, and the other play Hysterical! run in repertory through Sunday, Aug. 6.

The theater named its season “Girl Power” which they explained would focus on young women athletes. It is both ambitious and worthwhile. This is the 50th anniversary of the passage of Title IX which helped develop women’s sports on the interscholastic and collegiate level. The current imprisonment of Brittney Griner and the suits by female athletes against universities and national sports organizations over sexual abuse add even more relevance.

Yet these issues are irrelevant to the play. In this case, we have two 17-year-old high school girls, who are both excellent fencers. Each hopes to use their skill by being selected to the national team and thus catching the eyes of college recruiters. As expected, the girls are opposite in many ways. Athena – not her real name – lives in NYC and is both sophisticated and perhaps more wounded than Mary Wallace. She lives in Teaneck, NJ; seldom disobeys her parents, studies hard, but also lacks confidence. Athena chose the name of the Greek goddess of strategy and warfare.

During the 80-minute play, the girls decide to practice together and begin to share the usual confidences about parents, school, boys and their uncertainties. Do they ever become friends? It is hard to say; except for fencing, they seem to have little in common.

Playwrights often run into trouble when trying to recreate “real life.” It’s because day-to-day life is repetitive and often routine. This is the problem here – the girls chat about superficial things, practice a few lunges and we are on to the next day or week.

The conflicts, except for the one near the end, are usual. As soon as you see that Athena has taken Mary Wallace to a dance club, you know she will get drunk and sick.

The highlight of this production directed by Tracey Brigden, is the actual fencing practice thanks to fencing coach Michael Martin and fight director Mark Silence. The set by Emmie Finckel replicates the piste or the fencing arena.

Shannon Helene Barnes gives a fine performance as the hard-shelled Athena. Her win-at-any-cost attitude seems to be odds with the end of the play. As Mary Wallace, Olivia Billings plays her as passive and uncertain.

The real problem is finding actresses who can effectively play teenagers particularly when the audience is close to the stage. Both of these actresses are recent college graduates, but only Billings seems realistically 17.

I’ve seen high school athletes up-close – all four of my granddaughters were recruited for their athletic skills – and something about this didn’t ring true.

Athena – the title refers to the Greek goddess of wisdom and war – had plenty of opportunities to explore issues such as fair play and sportsmanship, as well as friendship and competition. Instead, it settles for a simpler and less interesting fo