All Star Benefit for Shakespeare & Company

Broadway in the Berkshires August 15 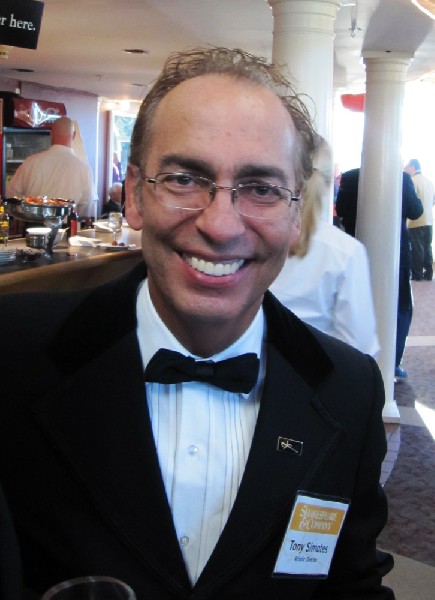 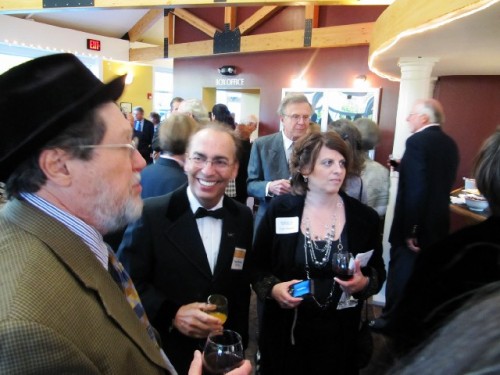 Tony during the gala evening. 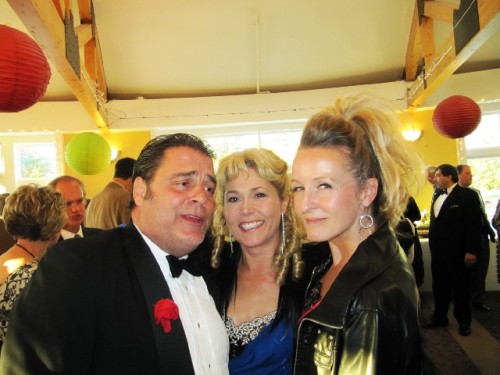 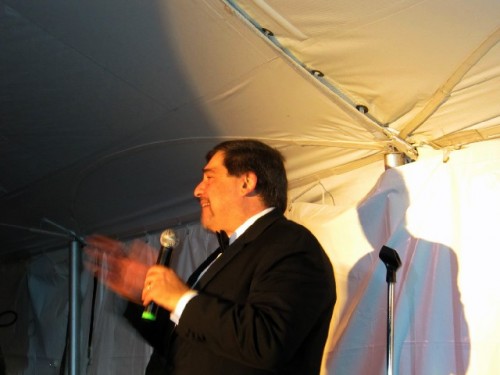 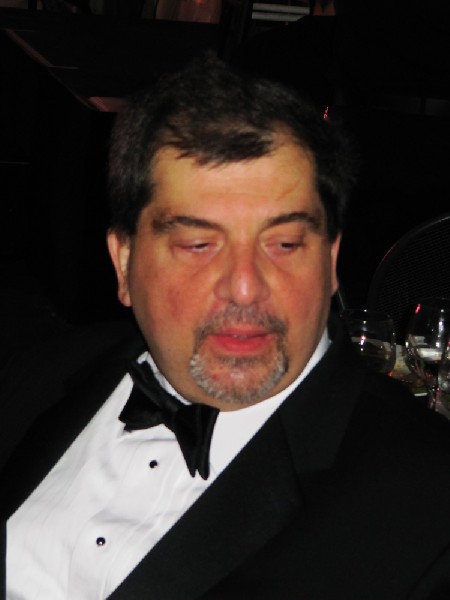 Puma sitting one out. 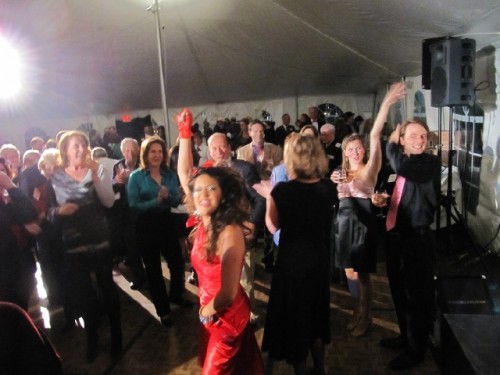 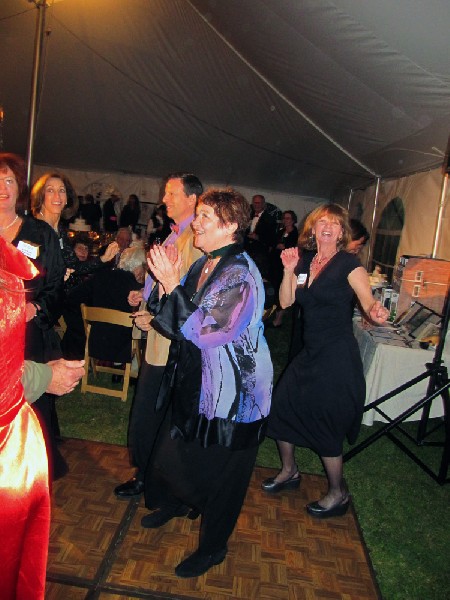 A woman of will taking a spin. 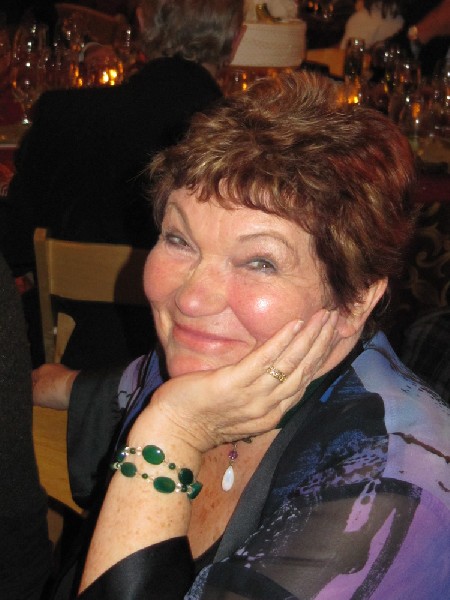 Producer and Company member, Deborah Grausman (actor and founder of Berkshire Musical Theater Workshop) has assembled an all-star cast and first-rate creative team for this spectacular, not to be missed, one-night event.  Broadway’s Chip Zien (Into the Woods-the original Baker, Les Miserables, The Country Girl, People in The Picture, Falsettos, Grand Hotel, Chitty Chitty Bang Bang, The Boys from Syracuse, etc.) will host. Director Sam Scalamoni (Disney’s Beauty and the Beast, Lestat) and Music Director Paul Staroba (A Little Night Music, Next to Normal, Grey Gardens) will head up the creative team.

A bevy of talented musicians join Music Director and pianist Paul Staroba and include, Owen Young, cellist for the Boston Symphony Orchestra (who recently played a concert with James Taylor at Tanglewood) and local percussionist Chris Mattoon, who recently played at the Mahaiwe. Kat West (Altar Boyz, New York City Opera, Prospect Theatre Company) will stage manage the performance. All of the actors, the creative team, the musicians and stage managers are generously donating their time and talent for this benefit.

Space is limited and this event is expected to sell out quickly so patrons are encouraged to purchase tickets early.

The performance will include audience favorites such as Cole Porter’s “So In Love” and “Always True to You In My Fashion” from Kiss Me Kate and will be followed by an elegant post-performance dinner reception in the Iredale Lobby of the Bernstein Center for the Performing Arts.  The dinner will be catered by Michael Roller of Savory Harvest Catering in Pittsfield , MA with decadent desserts generously donated by Haven Café & Bakery in Lenox , MA .

“We are delighted to have this all-star cast perform here at Shakespeare & Company,” says Artistic Director Tony Simotes. “I am extraordinarily grateful to Deborah Grausman for having pulled out all stops to assemble such an impressive group of artists.  Shakespeare & Company is all about artistic excellence, and seeing such a talented group of actors donating their time to help support the next generation of actors who are coming up through our Education and Training Programs touches me deeply.”

The Education Program is one of the most extensive theatre-in-education programs in the Northeast, and has reached over a million students since 1978 with innovative, socially responsive, and educationally challenging performances, workshops, and residencies. Guided by Education Director Kevin G. Coleman and Company education artists and teachers, educators continue to develop programs that enhance and complement curricular activities in elementary, middle, and high schools across the country.  The Education Program recently received The Massachusetts Cultural Council (MCC) Gold Star Award for excellence in community arts and culture for its award-winning program, Shakespeare in the Courts. In 2009 Coleman personally received a Distinguished Arts Educator Award from the Massachusetts Arts Education Collaborative, which honored him as a Champion of Arts Education. The Education Program is also the recipient of the prestigious 2006 Coming Up Taller Award presented by First Lady Laura Bush at the White House in January 2007 for its Shakespeare in the Courts Program which works with adjudicated youth in Berkshire County . And in 2005 it also received the Commonwealth Award, the highest award for excellence in the arts, sciences and humanities given by the state of Massachusetts .  It was also the subject of an in-depth, two-year study by Harvard University ’s Project Zero which recommended national replication. The Education Program has been identified by the Arts Education Partnership and the President’s Committee on the Arts and the Humanities as a Champion of Change.

The Training Program lead by Director of Training Dennis Krausnick, began in 1978 when Founding Artistic Director Tina Packer, Krausnick, master voice coach Kristin Linklater, movement choreographer John Broome, fight choreographer B.H. Barry, new Artistic Director Tony Simotes, and many others gathered together to create a blueprint for the training aesthetic of the Company. The Training Program offers in-depth workshops including, the Summer Training Institute, the Month-Long Acting Intensive, The Conservatory at Shakespeare & Company, a popular series of Weekend Acting Intensives, Week-Long Rhetoric classes, Fight and Text Workshops, Teacher and Director workshops, and Clown Workshops.  Actors, directors, and writers from all over the world come to work with the Company, training not only their voices and bodies, but delving deeply into their imaginations, intellects, and emotional lives. Past Training Program participants include actors from the Moscow Arts Theatre, the Berliner Ensemble, the Royal Shakespeare Company, the National Theatre of Great Britain, the Stratford Festival of Canada, and other regional theatres and Shakespeare festivals across the U.S. Actors from the world of film and television have also taken part, including Lauren Ambrose, Karen Allen, Gillian Barge, Jennifer Grant, Karen Grassle, Joe Morton, Andie MacDowell, Bronson Pinchot, Oliver Platt, Anna Deavere Smith, Keanu Reeves, Lisa Rina, Kristin Rudrud, Diana Quick, Courtney Vance, and Sigourney Weaver. Alumni of the workshops now number over 1,600 and represent over 20 countries.