On A Clear Day at Irish Repertory Theatre 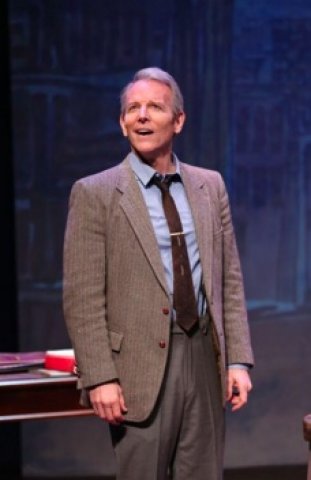 Stephen Bogardus, delightfully confused as Dr. Mark Bruckner in On A Clear Day at the Irish Repertory Theatre 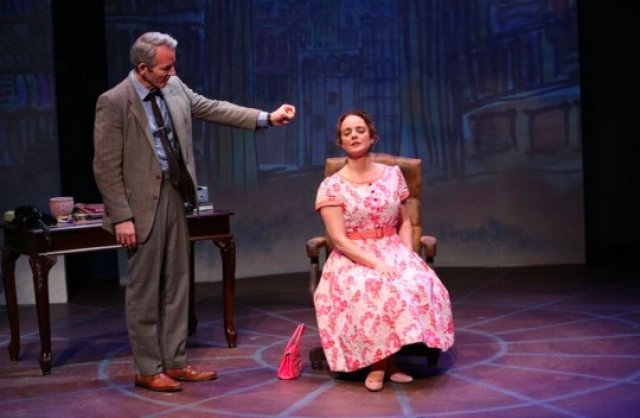 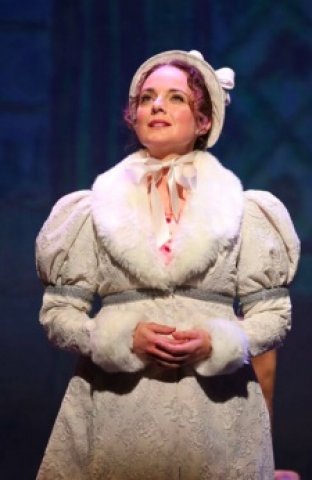 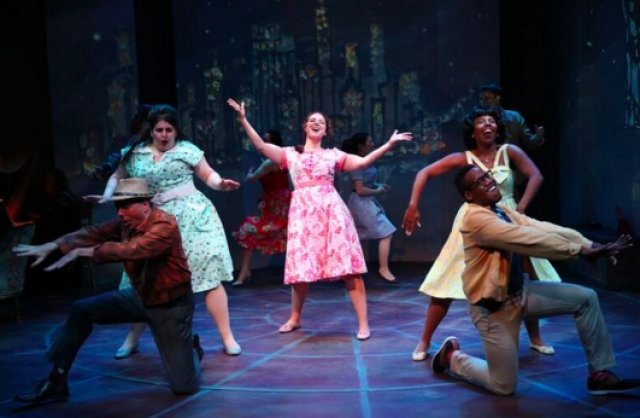 Daisy frolicks with her friends 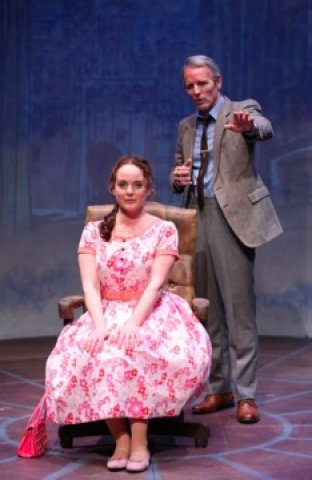 Can Daisy see what the Doctor sees? 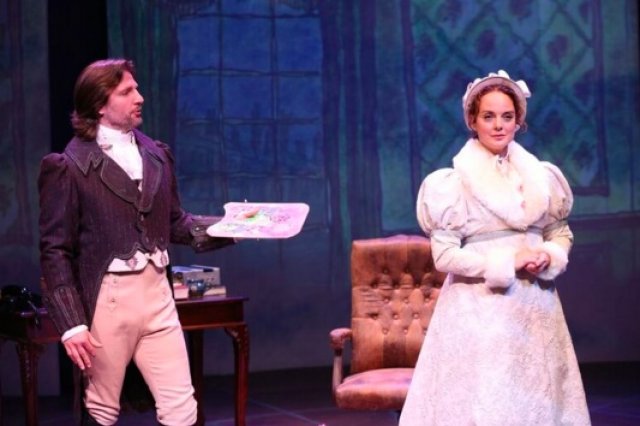 Cad John Cudia is tempted even without a dowry 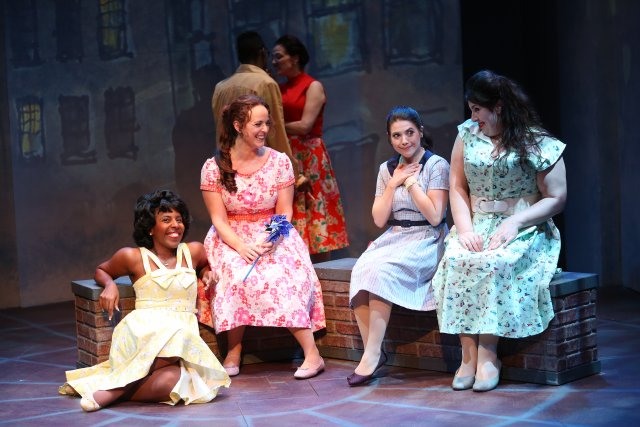 On for porch in New York Daisy and her friends play

On a Clear Day You Can See is running at the Irish Repertory Theater. Charlotte Moore adapts and directs this musical in an intimate production. The story has been pared down and shaped to display the lush score of Burton Lane. The cast has been reduced to 11 and in the chamber orchestra, four instrumentalists are multi-tasking on cello, harp, flute, clarinet, alto saxophone, violin and viola.

The chorus is perched  in a balcony for the start and conclusion of the show. They suggest that we hurry, because it’s lovely up here, as Daisy herself will do. All the voices are rich, but of particular note is the big, beautiful voice of Florrie Bagel.

Melissa Errico does double duty as Melinda Wells and her current incarnation, Daisy Gamble. Struggling with a smoking addiction, Daisy ends up in the office of hypnotist Mark Bruckner. Stephen Bogardus plays the doctor with conviction and great charm. He gets to sing the iconic title song, full of the sure knowledge that on a clear day, we can see.

From Lane’s setting of the Lerner lyrics many lovely numbers emerge. "She Wasn’t You"  is one of the most touching and delightful. The cad Edward, played with a rogue's seduction, sings:

John Cudia is Moncrief, the philandering husband from another life, looking every bit the romantic hero.  Melinda’s mother argues that his philandering is par for the course. If he were involved with one woman it would be a problem. But seven do not mean a thing. Men, take note.

References to other familiar stories abound.   Daisy’s ability to grow flowers suggests Eliza Doolittle’s overflowing baskets. Dr. Bruckner has some of Henry Higgins about him. As a romantic interest, he is the older gentleman who gets involved with a much younger, seemingly less classy girl, who nonetheless captures his heart.

Toward the end of the show, when Dr. Bruckner realizes that he has fallen in love with Daisy/Melinda whatever incarnation she is in, he sings delightful patter.

Hear my voice where you are
Take a train, steal a car,
Hop a freight, grab a star,
come back to me.
Catch a plane, catch a breeze,
On your hands, on your knees,
Swim or fly, only please,
come back to me!

The title song lyrics include not only seeing, but hearing and also being infused with glow of being.

For anyone obsessed with death and dying, as the author of book and lyrics was, this hopeful take on reincarnation is a must-see. If you just enjoy an entertaining evening, you will be richly rewarded. Noel Coward’s question: Was it in a real world, or was it in a dream, is not answered. In this production, resolution does not matter. The evening is a sheer delight.