Beautiful Music at the Rose Theater 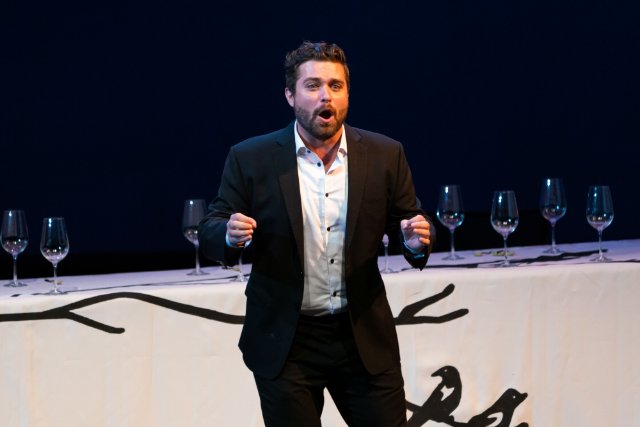 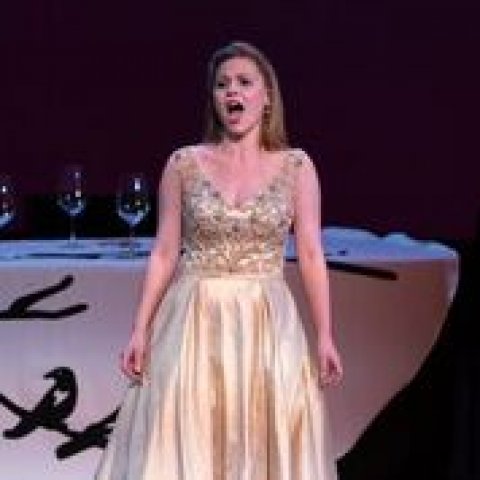 Alisa Jordheim, hits her high notes as the maid 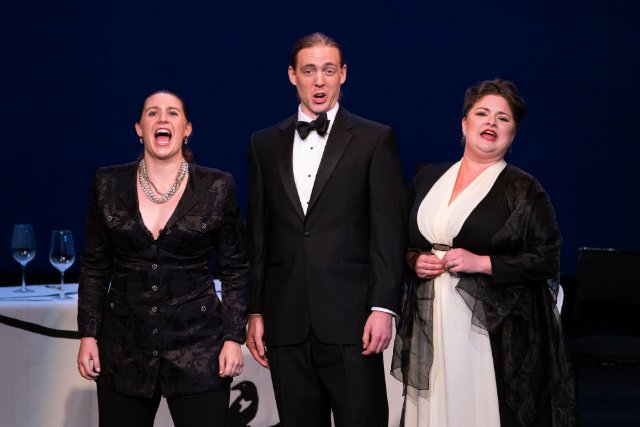 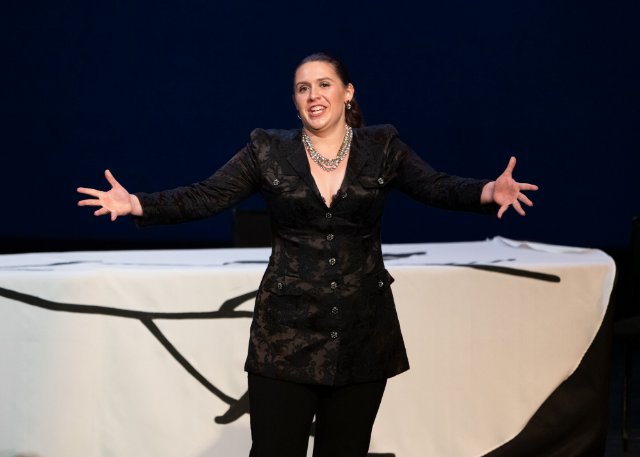 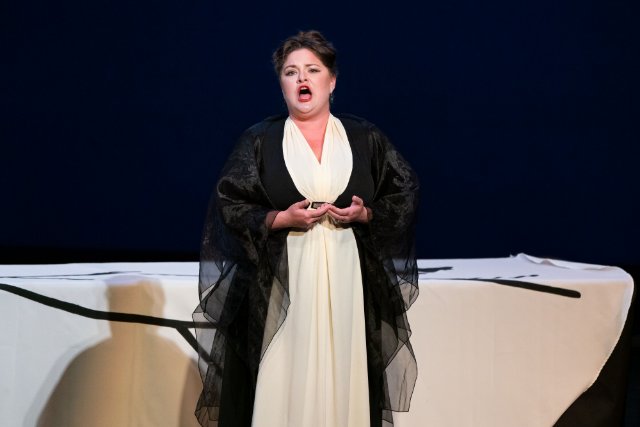 Allison Gish as Lucia, keeper of the silver 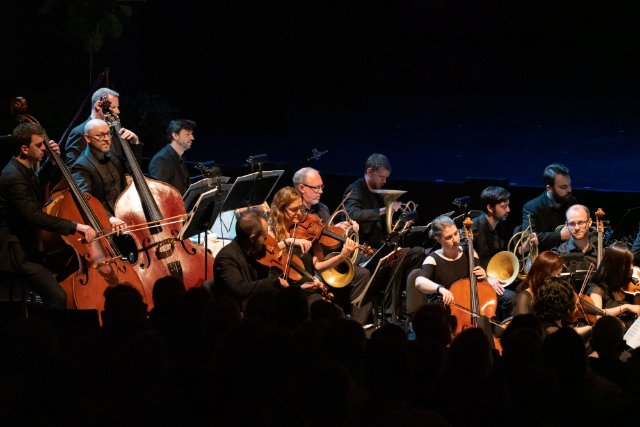 Gioachino Rossini’s faults were described in his time as ambitious modulations, extraordinary transitions and multiple parts. These are precisely the qualities that make his work a thrilling musical experience.

Teatro Nuovo presented Rossini’s La Gazza Ladra (The Thieving Magpie) at the Rose Theater in New York. The company fulfilled all the promise of Rossini’s inventiveness. The simple set served to present the semiseria dramma perfectly. La Gazza or Magpie (Christopher Hochstuhl) flew about the stage at the start.  A white table cloth on which the bird’s image was drawn reminded us throughout the evening that all would be well when the true culprit was discovered.  A maid is accused of the theft of silverware and is under the threat of execution.

The story of a maid’s potential death sentence for stealing silver may be slim, but the potential consequences are dire. She had actually sold some of her father’s silver to help him survive on the lam because attacked his superior officer when his regiment passed near the home where his daughter worked. This being opera, the initials of the father and the master of the house are the same. A bird can of course fly away from his crime and in fact does.  He leaves the maid to take the rap.

The libretto for the opera was the winner of a public competition at La Scala. Rossini would write: “The libretto was versified by a beginner and consequently it is driving me crazy. The subject however is very beautiful indeed.”  The subject is Justice, we conclude at the end of the opera. However much Rossini struggled to set awkward words, you would not know this in performance.

Embellishing the composer’s vocal lines gave singers an opportunity for spectacular displays.  None of them disappointed.

The characters are the plain people of opera buffa, villagers, shopkeepers, soldiers and farmers. Yet there is nothing plain about the music.  Each performer sings beautifully, with a variety of ranges and textures.  Hans Tashjian, the bass who has the thankless role of dastardly Mayor, growls low through through notes that have no bottom in sight. Oliver Sewell has a helden edge to his tenor and the most glorious aria. Alisa Jordheim is the maid destined for death. She hit high notes giving particular pleasure.

The two mezzos gave stunning performances, Allison Gish as the wife, and Hannah Ludwig, a neighbor who has come to the house to help prepare for a party. Rossini favored the mezzo/contralto voice which he found closest to his beloved castrati tones.  Rossini had been destined to become a castrato singer.  His mother saved him from the knife. He was left to become a composer.

The back of the stage was lit in a lovely blue, which turned red when the action got hot. In this semi-staged performance, characters moved across the stage and entered and exited with the story line.  The orchestra was under Rachelle Jonck, maestro al cembalo, and performed with spot on entrances and an occasional lovely solo from the woodwinds.  In spite of the threat of death hanging over much of the evening, the music and singing gave great pleasure.