Into the Heart of Damascus 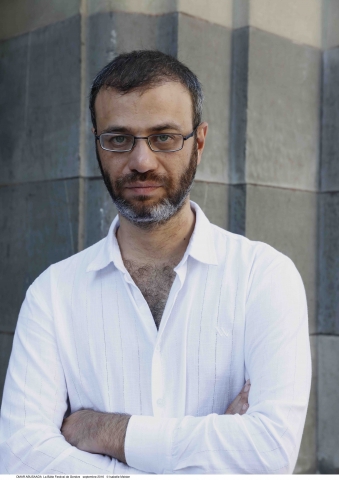 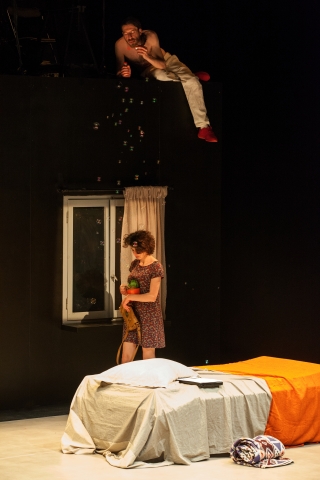 In a Syrian home 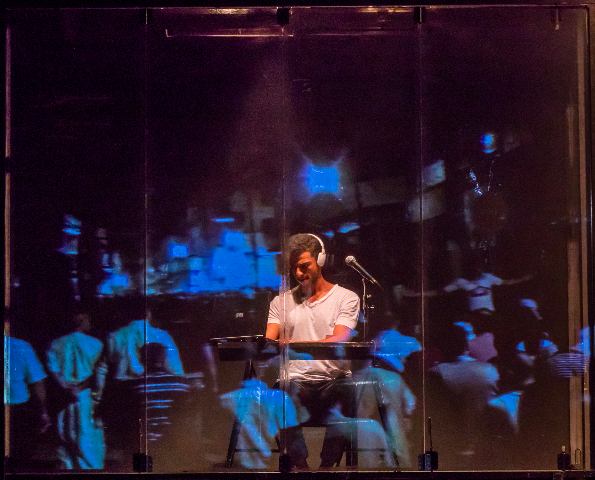 Syrians are spreading across the world as civil war rages in their country. We who greet, house and share our countries with them are curious about the country from which they have come. The play conveys what it feel like to live there during this period of torture and destruction. The theater of Syria helps us understand what prompts exodus.

While I was Waiting is written by Mohammed Al Attar, a Syrian playwright who is now living and working in Berlin. He has chosen as his subject the life of one Syrian family after their son and brother has been brutally beaten and lies in a coma.

Taim in a state somewhere been life and death, and the playwright has suggested this state in a two-tiered set created by Bisssane Al Charif. From the start, it’s clear that this coma state reflects also families who live in a war zone. There is the anxiety of not knowing from day to day which members will disappear into an intermediary zone.

Americans have not experienced war in the homeland since brother fought brother in the Civil War over a hundred and fifty years ago. Watching Robert Zemeckis’ Allied recently, and also a wonderful play 946 at St. Ann’s Warehouse, one is struck by Americans' limited vision, a fortunate one perhaps dictated by distance.

Bringing home the pain of immediate warfare in your backyard helps us understand the Syrians who would be our guests and perhaps even future neighbors.

The overall effect of the drama is depressing.

In this case, the father died to reveal a secret. Vast sums of money gained from apparently illegal activities are stored in their home.   This shame also contributes to the family’s unwillingness to act. Struggles to rip off the burka are dramatized between mother and daughter, the older generation and the new.

Video inserts of a film Taim was in the middle of making are shown. These remind us of the chaos surrounding a quiet hospital room and a family’s living quarters. One of his sister’s is struggling to complete the film. Other family members are ambivalent.

Music by Samer Saem Eldahr (Hello Psychaleppo) enlivens the show and gives a sense of hope in a scene of death and despair.

A lovely website, The Creative Memory  suggests the rich area of activity the war has inspired. An almost charming short by Massasit Massi has puppets torturing. Other subjects are displacement and refugees.

Lincoln Center Festival has done a great service by presenting this gripping drama about the life of ordinary Syrian citizens in the battleground that is Damascus.