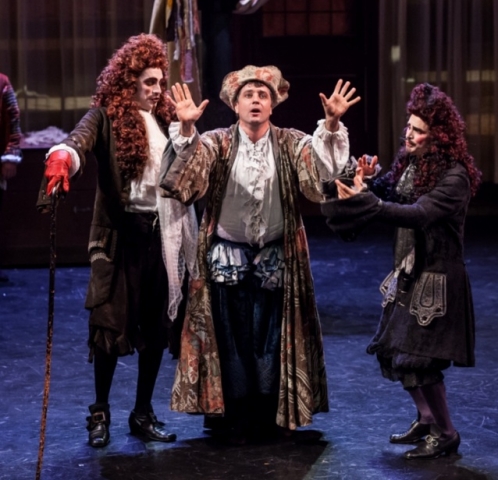 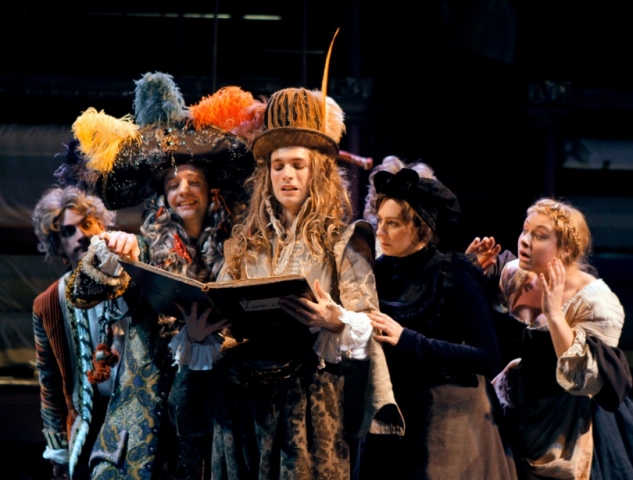 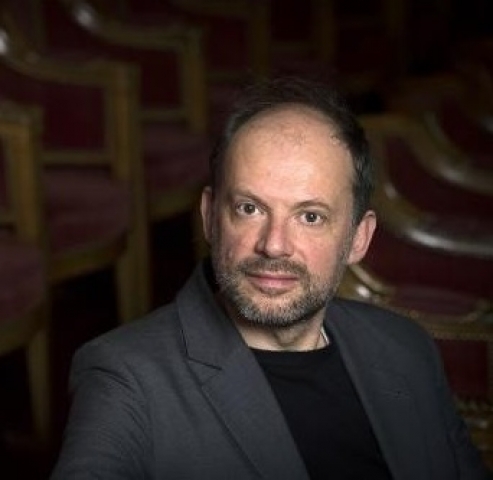 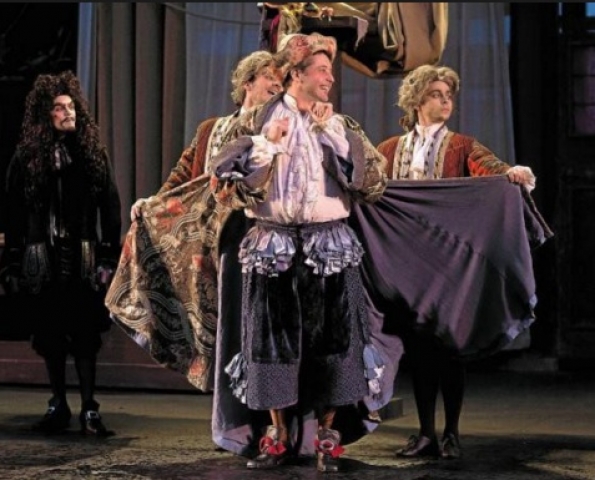 Preparing to meet the aristocratic lady 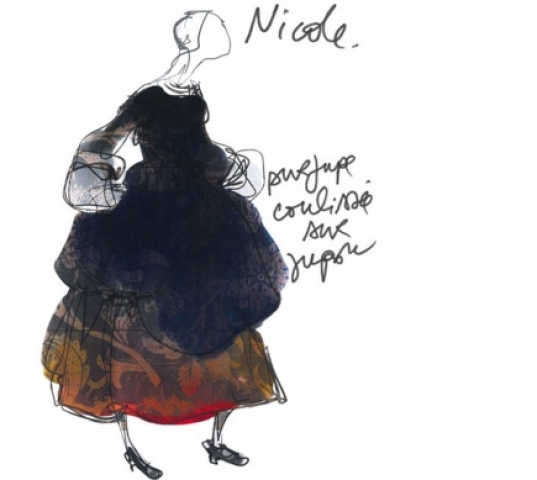 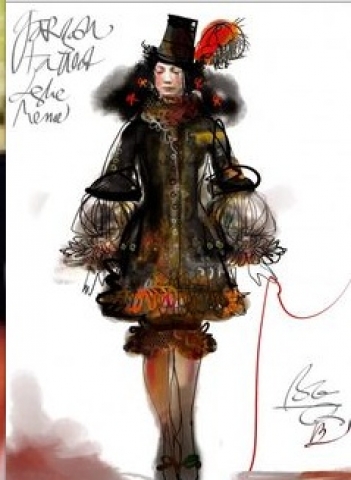 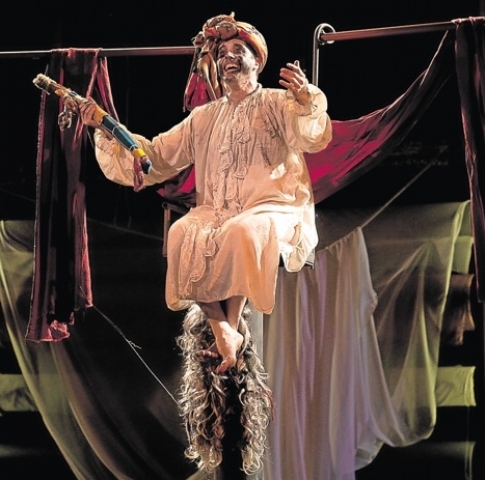 A Turkish invasion of France 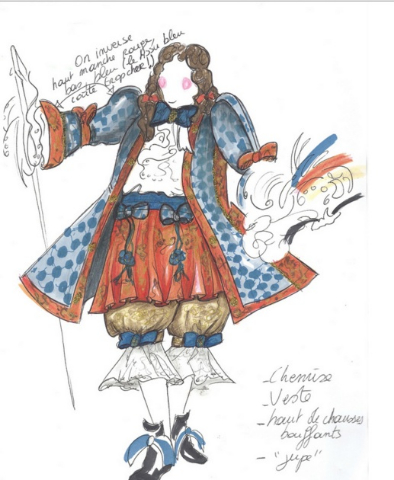 Is this production of Le Bourgeois Gntilhomme as fun and funny as we know Molière to be?   It is that, and more so, as the stage erupts in a full display of the arts, each accompanied by a master ready to teach. Here Molière marries the framework of the comédie-ballet with the content of character comedy.  Music and dance find a place without any artificial contrivances.

The pupil is a successful middle class businessman, Jourdain, who aspires to be a gentleman.

At the start, the stage is black, lit only by a candle held by Cécile Granger, a sublime soprano, whose voice contrasts in startling purity with the unfolding, raunchy drama.  For we will learn that you can't take the bourgeois out of the man.  Gentilhommes are born, not made.  It is the yearning the matters.

From the moment he prances on to the stage, Pascal Rénéric as Monsieur Jourdain delights in his mission to rise through the social ranks.  We root for him, because his desires are so human.  They include becoming well-versed in music and dance.  Mais oui.

Jourdain brings his talents as a businessman to the acquisition of taste, a tall order.  The discussion with a language professor about vowels is particularly delicious. "Bring your lips together so they don't quite touch, for 'U'.  Thrust out the lips and bring them together."  A pout. It's pointed out that if you ever want to make a face at anyone, you just say 'U.'

Prose and poetry is what you must learn.  The philosopher announces that there is nothing but prose and verse.  "I will have neither one nor the other," protests Jourdain.  But there are only prose and verse. Prose is what you speak.  "What!" exclaims Jourdain. " I have been speaking prose for forty years."  He is further along the road to aristocracy that he ever imagined!

Often swirling as he moves, the hems of Jourdain's robes and bathrobes swing into full circles. Top Parisian fashion designer Christian Lacroix is credited with their design.  They are not only beautiful to look at, but lovely to watch in motion.

Dancers are often camp.  The musicians cannot escape their beautiful classic delivery, but in the installation of Jourdain as a Turkish Mamamouchi, their faces are striped with black.

The Jourdains' maid can not restrain her laughs as she watches her master's pretense.   His daughter Lucile is furious that she can't marry a member of the middle class.  And Mrs. Jourdain, rooted in the reality of the quotidian, excoriates her husband's pretensions.

Direction by the brilliant Denis Podalydès is both sweepingly mad and infinitely detailed.  He brings Pascal Rénéric to an infinite variety of moves and expressions, yielding a fully-fleshed and moving character.

Between the developed character and the proceedings antics, we are moved to miss this step in societal organization.  French economist Thomas Picketty in his 700 page academic bestseller on inequality draws a picture of the world in which the one percent are perched on top of an impossible-to-aspire 99 percent.   Imagining the leap from the bottom of the heap to the top is not possible today.  One misses the efforts of people like Jourdain, particularly in their appreciation of the arts.  Early in the play, the music master notes to the dance master:  Jourdain is a nice little source of income for us with his visions of nobility and gallantry. Wouldn't it be a fine thing for your capers and my crotchets if everybody were like him?

This delicious Molière makes us yearn for an aspiring middle class like the Jourdains.