What Salieri Saw in Mozart That Vienna Missed 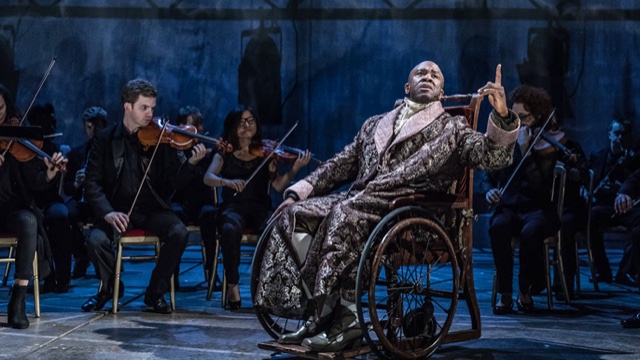 Amadeus streaming from the National Theatre

Alexander Pushkin wrote four short plays which contained the seeds of the major themes of Russian literature for a century.  Nikolai Rimsky-Korsakov used Pushkin’s words almost verbatim in his opera Mozart and Salieri which premiered in 1897.

The opera is a one act and not often performed. Fyodor Shalyapin sang the Salieri role early on.

We saw a marvelous Dell’Arte performance two years ago.

When Amadeus by Peter Schaffer premiered in London in 1979, not much mention was made of Pushkin. In interviews Shaffer did not speak about his work’s origins in the Russian poet’s work.  Yet his play, often revised, has always been rooted in Salieri’s intense jealousy of Mozart. This was posited by Pushkin.

Often it is suggested that Salieri was alone in his appreciation of Mozart.  He saw immediately his extraordinary gifts. Enjoy Leonard Bernstein’s father’s response to a question about why he did not support his son’s musical aspirations.  “I didn’t know Leonard Bernstein was Leonard Bernstein.”  Viennese society did not know that Mozart was Mozart. No one, except Antonio Salieri, writers’ observe, beginning with Puskin.

Jealousy of those endowed with great talent may still exist, but generally it is found in smaller people.  Nonetheless, Shaffer’s work has had wide success on the stage and in film. The quiet struggles enacted in Milos Forman’s film of the Shaffer play, with screenplay by Shaffer,  are intimate and most powerful.

Mozart’s music is performed in snatches throughout the film.  Those of us who relish Don Giovanni need only a snippet to recall our appreciation of the composer.  Singers report that when they lose their way in vocal performance,  they return to Mozart as an anchor.  If opera as we know it disappears from the stage, Mozart will not.

Salieri was correct in his assessment. That a good man who was by all counts successful in the 18th century could be consumed by jealousy convinces in the hands of Puskhin, Rimsky-Korsakov and Shaffer.

We don’t need to join in the debate about whether or not Shaffer felt like Salieri in relation to Pinter and Beckett.  He is a first-rate playwright even if he is not Shakespeare.

In 2006, when superstar music maven Deborah Borda was leading the Los Angeles Philharmonic, portions of the play were performed in the Hollywood Bowl.  The movie stimulated Mozart sales.  The merging of high and low art may be the future of classical music. Mozart in the Jungle was successful as a TV series.

Movies drive audiences when the scores of films are performed live accompanied by a film’s presentation.  The future of concert halls may well lie in the elevation of pop culture to the classical concert stage.

The 2016 production of Amadeus by National Theatre was recently streamed live.  Color blind casting of the Salieri role, played magnificently by Lucian Msamati, did not work.  Unfortunately, a black African playing the role makes Salieri an outsider.  He was, in the Viennese court, the ultimate insider.  Only God was able to see him as outsider. Audiences do not.

The production directed by Michael Longhurst is over the top.  Mozart (Adam Gillen) is so full of laughter that he barely speaks his words.  His music is played by musicians from the Southbank Sifonia. They dance and perform on stage, making Mozart’s music immediate.  It is brash and fun.  Perhaps the extreme angst of jealousy, which so dominated original versions of the play and then the Forman film, is not for this age.

As our world turns, we move further and further away from the notion that God grants talent at random. Yet when I coached a Little League team, there was one player who shone.  He was built like Darryl Strawberry, with that lanky frame which often belongs to the best baseball (and tennis) players. Genetics is the key.

Young players on my team, their parents and my co-coach who manufactured saws for surgery, all spotted Justin.  He was greeted with awe and wonder.  We gave him his due on automatic pilot.  Jealousy was not the reaction.  Instead, we simply understood that Justin was graced and appreciated his performance.

In the day when God was thought to make us whoever we were, his unequal distribution of gifts could drive a contemplative person around the bend.  This is what Pushkin, Rimsky-Korsakov and Shaffer write about. Today, unless we focus on character, such jealousy seems remote. Yet good theatre, like the National Theatre's production, is never remote.