Albany's The Egg Center for the Performing Arts 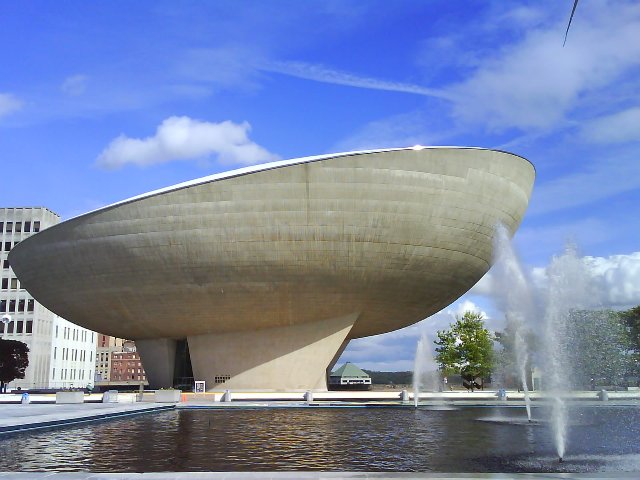 After a long shutdown from Covid that lasted over a year, The Egg reopens with the performance of Swan Lake by the Ajkun Ballet Theatre.

Possibly the most beloved of all ballets, Chiara Ajkun’s restaging of a suite from Swan Lake is set to Tchaikovsky’s iconic music.

The production is currently being rehearsed at The Egg PAC, where the Manhattan based professional company has been resident every summer since 2000. “We could not be more excited to be in the theater everyday” says Artistic Director Chiara Ajkun “This long pause has forced us to reflect on the importance of the Arts and the way they shape us as People. I, for one, strongly believe the magic of ballet does not rest in the opulence of sceneries and large ensembles, rather on pure emotion, beauty and magic it creates”.

Performance Synopsis: Dreaming of pure love Prince Siegfried (Klevis Tafaj) ventures to the lake. Spellbound by the appearance of a beautiful white swan, Siegfried sees it transforming into Princess Odette (Momoko Burbine) before his eyes. Odette tells Siegfried of the evil sorcerer Von Rothbart (John Trunfio) and how his spell keeps her a swan for all but a few hours of each night. Only faithful love will break the spell. Siegfried promises Odette his love and will be waiting for her arrival at the Palace. Von Rothbart arrives with Odile (Black Swan) and deceives Siegfried into believing Odile is indeed Odette. Siegfried swears to marry her, breaking the vow of fidelity. As Von Rothbart triumphs, Siegfried runs to Odette. At last, Siegfried defeats Von Rothbart and love prevails.

Preserving the story, and the ultimate scene stealer of Odile’s 32 fouettés, this production has taken few limitations into account for the safety of the audience, artists and crew. Social distance will limit large ensembles, and props and sceneries will be avoided to prevent potential cross contamination.

Swan Lake draws from German and Russian folk tales and originally premiered on March 4, 1877, at the Bolshoi Theater in Moscow. It is hard to believe it was poorly received. Tchaikovsky did not live to see the success of Swan Lake and his score was eventually revised by Riccardo Drigo. It was not until later than the roles of Odette (White Swan) and Odile (Black Swan) were performed by the same ballerina and the role of Prince Siegfried marked the evolution of male ballet technique.

The Ajkun Ballet Theatre (AjkunBT) is a professional company presenting classical and contemporary ballets in the Greater New York area and USA.